When Nessa's dad dies, the last thing she's expecting is to lose everything else too. But when her hair suddenly turns electric red, and her estranged grandma turns up on her doorstep ready to haul her off to an isolated island, that's exactly what happens. In one day, Nessa losses her mother and her friends, and learns that she's a redheaded sea-witch with magical powers. She's one of many Neptunians—magical beings blessed by the sea, including selkies, mermaids, pirates, and sea nymphs. Nessa doesn't want to live on an island, she doesn't want to be a sea-witch, and she certainly doesn't want to be hunted by humans who harvest Neptunians for their magical powers. But if Nessa wants to live, she'll have to accept her new life and everything that comes with it including a witty pirate named Caesar, who just might break her heart.

Challenges arise at home and at school. Nessa struggles with her lessons, her friendships, and her burgeoning romance. She has no idea who she is, where she belongs, or that the danger lurking in the shadows is about to tear apart her world all over again... 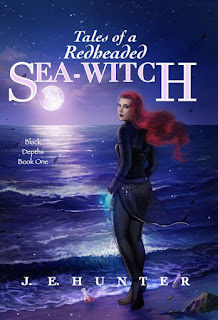 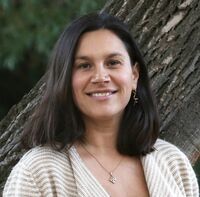 
J. E. Hunter lives in Saskatoon, Saskatchewan, Canada, and began writing at a young age as an excuse to stay indoors during the cold winters. Several trips to the Pacific coast brought the inspiration for the Black Depths series. Tales of a Redheaded Sea-Witch, book 1, was published in 2014. Book 2, Broken Tide, was released in November 2015. Book 3 will be released in March 2016. J. E. Hunter has spent many years working in the field of environmental engineering and protection, a common theme in her works. When not reading, writing, or working, J. E. Hunter is often planning future adventures or busy living them.


Subscribe to the author’s newsletter and three lucky winners will receive a copy of the book! (INT)


YA Bound Book Tours
Posted by 3 Partners in Shopping at 12:22 AM