Lies I Live By by Lauren Sabel Trailer Reveal 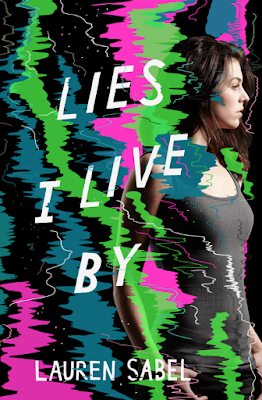 Callie Sinclair is literally out of her mind.

As the government’s youngest psychic spy, Callie finds valuable information for top-secret missions without ever leaving the office. Her work is fascinating and keeps her headaches at bay, but it means she must lie to everyone she loves. She can’t move to New York with her boyfriend Charlie no matter how much he begs; he’ll never know the real Callie and that wouldn’t be fair to him. Besides, she has a job to do…

…and a new partner to do it with. Jasper’s psychic abilities are impressive, as is the way he keeps up with her witty remarks. Callie can’t help but flirt; Jasper knows her in a way Charlie never will.

But as her love life gets more complicated, so do her visions. People halfway around the world seem to be in danger…and people in her own backyard, too. When an oddball billionaire takes interest in Callie’s talents, it’s clear that if she can’t find a way to alter future events, she could lose the people she loves—and her mind. Literally. 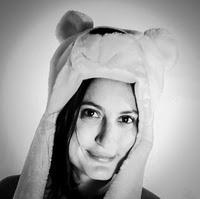 About the Author
Originally from the Rocky Mountains, Lauren Sabel has returned to the cool mountain air of Boulder, Colorado after living in several wonderful cities that she will always love and continue to visit year after year.

Lauren loves her husband, her kids, her family, her friends, and stories that end happily. She also loves digging into her mind and revealing tiny gems she didn’t know were there.

Lauren learned to mind dig while getting her MFA in Creative Writing from Naropa, a Buddhist college in Boulder, Colorado. Before Naropa, Lauren studied film in Rome, where she developed her love of crypts and other beautiful creepy things. She also worked in the film industry in New York and San Francisco, focusing mainly on film festivals, as she can never pass up a good party. In San Francisco she worked for Chronicle Books, where she was inducted into the fascinating world of book publishing.

For the past eight years, Lauren has been teaching college students the joys of creative writing, whether they like it or not.

In 2008, Lauren was published in Undiscovered Voices, an anthology of the best new writers for children in the U.K., where she was living at the time. Then life got very exciting very quickly. She signed with Jodi Reamer Esq. at The Writer’s House Agency in New York, and they made magic happen, and that magic is named Katherine Tegen. (aka: Katherine Tegen Publishing, Harper Collins).

Lauren's first book, VIVIAN DIVINE IS DEAD was published June 3 2014. Lauren's second book LIES I LIVE BY was released by KT Books on May 31 2016. She's currently working on her next book, which she can't wait to tell you about (but has to wait just a little while anyway).

Lauren believes that being a teenager is an act of courage, and is proud of anyone who manages to stick through it, despite the pain. :)