Crushing on Love by Melissa Foster Blog Tour and Giveaway


The Bradens at Peaceful Harbor #4


Blurb
Steve Johnson is living his life’s passion watching over the Colorado Mountains as a ranger and wildlife consultant. But his peaceful life is upended when overzealous and insanely beautiful Shannon Braden flits back into his life after returning from a brief trip home to Maryland. He thought his attraction to her was under control—after all, she’s only in Colorado temporarily, and he doesn’t do casual affairs.


Shannon’s return to Colorado has as much to do with the game of cat and mouse she and Steve have been playing as it does the data she’s been hired to collect. But despite her efforts to explore the undeniable heat simmering between them, Steve’s intent on keeping his distance.


When a ranch abutting the national park goes up for sale, Steve will do whatever it takes to keep it from falling into the wrong hands. And when all his attempts fail, he’s left with no alternative but to follow Shannon’s guidance into the online world he abhors in order to raise the funds. The more time they spend together, the deeper their attraction becomes, and a game of cat and mouse turns into an unstoppable connection. But when Shannon’s assignment comes to an end, will it mean an end to them, too? 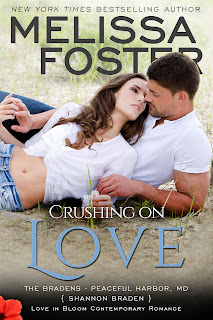 
Her chin tilted up toward his. “Yes, Carter?”


“You going to be okay here? I can always call Sandy—”


“No, please. Sandy’s already done enough. So have Lou and Kurt, and…” She ducked her head with a blush. “You, Santa.”


“Kind of funny meeting that way.” When she looked up he was grinning. “Funny, but not bad—by any stretch.”


Hannah noticed his jacket slung over the back of the armchair and that he’d set his hat on the table by the door. Carter lifted the jacket and slipped into it, raising its zipper. “Might want to stick that bowl of stew in the microwave for a minute or two.”


He ambled toward the door and placed his hat on his head, tapping it down. His deep voice rumbled. “Kurt’s a good-looking guy.”


“No? I thought I heard the two of you talking from the kitchen—”


“Sheriff.” She stopped him. “I’m not interested in any man right now, okay? And if I


were…” Hannah swallowed hard past the lump in her throat.


Hannah’s heart hammered and her knees felt weak. “I told you, I’m just passing through.”


“Odd thing about that, Hannah.” He tipped his hat her way. “Nobody in town seems to know that, but me.”


Then he stepped out the door, shutting it soundly behind him.