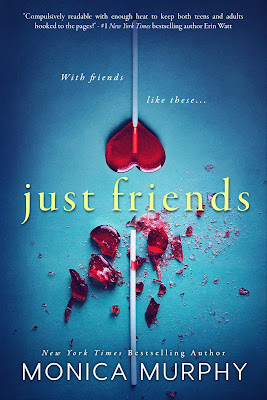 It’s the end of summer. Just before I start senior year with my two best friends in the whole world. Dustin and Emily are everything to me. We’ve been inseparable since middle school, and when we’re together, nothing can go wrong.

But things aren’t always what they seem. Em’s turned into a drunken mess who parties too much. Dustin and I have hooked up a few times—and now he’s ready to take our relationship to the next level. Yet I’m not sure I want things to change. I’m scared if I take it any further with Dustin, our friendship will be ruined forever. Then there’s Ryan. The new guy. He’s hot. He flirts way too much. And Em has totally set her sights on him.

So when my best friend betrays me in the worst possible way, guess who’s there to help me pick up the pieces of my broken heart? Ryan. But he’s so confusing. Annoying. Sweet. Sexy. I want to trust him, yet he makes it so hard. What I really want is for everything to go back to the way it was before.

Before I found out that best friends make the worst kind of enemies. 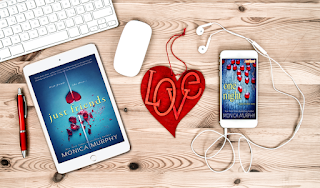 Read the prologue, One Night on Wattpad:
https://www.wattpad.com/story/79420939-one-night


There's a party over at Jordan Tuttle's house tonight and everyone is there. Including...

Olivia: Who's leaving for her dad's house in Oregon tomorrow. So she plans on having the time of her life tonight with her best friends.

Dustin: Who wishes Livvy could see just how much she means to him.

Emily: Who's trying her to best to get with someone. Anyone.

Cannon: Who has an encounter with Em he won't be able to forget.

Amanda: Who's finally ready to go all the way with her boyfriend. 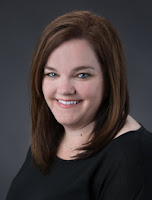 About the Author
Monica Murphy is the New York Times, USA Today and #1 international bestselling author of the One Week Girlfriend series, the Billionaire Bachelors and The Rules series. Her books have been translated in almost a dozen languages and has sold over one million copies worldwide. She is a traditionally published author with Bantam/Random House and Harper Collins/Avon, as well as an independently published author. She writes new adult, young adult and contemporary romance. She is also USA Today bestselling romance author Karen Erickson.

She is a wife and a mother of three who lives with her family in central California on fourteen acres in the middle of nowhere, along with their one dog and too many cats. A self-confessed workaholic, when she’s not writing, she’s reading or hanging out with her husband and kids. She’s a firm believer in happy endings, though she will admit to putting her characters through many angst-filled moments before they finally get that hard won HEA.
Author Links: