She’s a small town cop. He’s an inmate undercover. They meet in a dream. 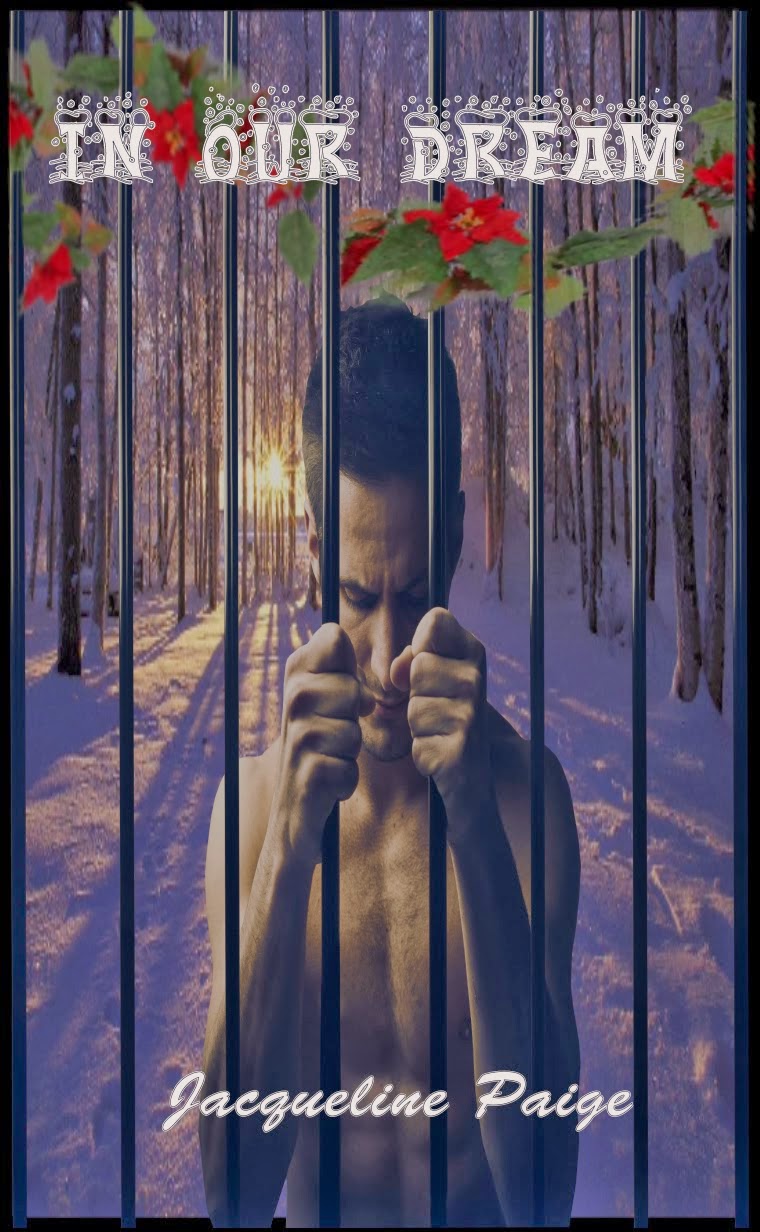 Jennah Best left the adrenaline packed life of being a cop on the edge for a more peaceful place. She escaped a marriage that almost destroyed her and now lives her life working for a small police station in the town of Ridge. At her age, she’s accepted that it’s too late and too much work to start all over again, until she meets a man in a dream...

While young, Dominic Palmer has always proven he can get the job done.  Or at least, that was the case before he accepted a job and agreed to go undercover as an inmate. When months go by and there’s no word from his outside contact he wonders if he’s been left on the inside for good. He’s fighting to stay alive and keep his sanity, but finds himself completely distracted by a mysterious woman he met in a dream...

IN OUR DREAM Excerpt

The nerve of that man! Why won’t he just accept things and go away? She paced back and forth, trying to control the frustration that was pumping through her. Every time she saw him, every hurt moment came flooding back to her and she just wanted him gone. She wanted to move on and live her own life and try her damndest to be happy!

She spun around, expecting someone to be behind her. There was no one there. Was that Dominic’s voice? Oh no, she was hallucinating now! Should she call her doctor? Maybe the stress had finally caught up to her. Was she going to end up spending her holidays alone in the psych ward?

“Jennah, why are you so upset?”

She squeezed her eyes shut. I am not hearing voices! I am not losing my mind!

She heard his deep chuckle. “No, you’re not losing your mind. This is really happening. I should have told you, but in our dream...it’s not really a dream. We’re connecting.”

Her eyes flew open. What? “What?” She stood perfectly still, waiting to see if she could hear him again.

“I can explain it better later. I just picked up on how upset you were.

She heard him chuckle again. “Inside mine, as well. I don’t have time right now. Are you all right?”

She laughed out loud, not knowing if he would hear it in her head too. “Clearly not! I’m talking to a man from my dream inside my head while I’m wide awake standing in the locker room at work!” 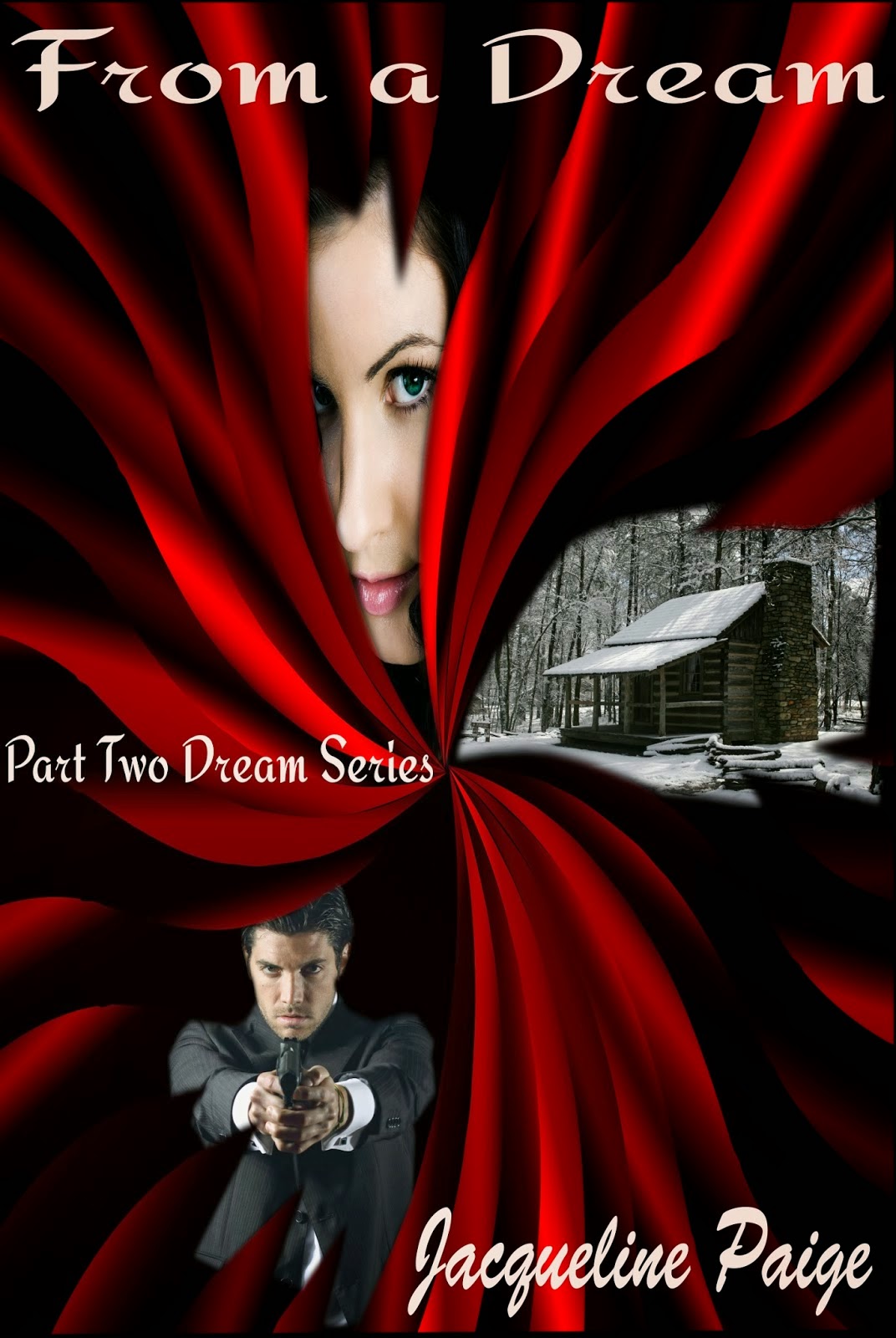 She wakes up in a dark hole, alone. He’ll stop at nothing to find her.

Jennah has found happiness. She wasn’t looking for it but isn’t about to give it up now that she has it. Everything she craved for years was now right in front of her--a man that makes her feel cherished, a peaceful life, and a job she enjoys. It all changes when she wakes up in a dark hole, alone, unarmed and unable to connect with the one man she’s grown to need.

Dominic realizes he is one of those men that wants the whole package of marriage and a family, and he’s found the woman to have that with. He’s going stir crazy having to stay hidden until the leader of a criminal organization is caught, but he’s more than willing to stay right here with her.

All of his plans evaporate when a vindictive criminal takes her from him as a hostage. He won’t rest until she’s in his arms again.


FROM A DREAM Excerpt

He hadn’t realized Tess and Brody were still connected until he head Brody chuckle at what Jennah said.


“I always am, Dominic—except when men show up inside my dreams.”


The sultry tone in her voice as she whispered the last part sent a heated buzz shivering through him. He smirked before he remembered, and then turned to look at the other two. Tess dropped her hand away.


“See if you can observe anything else. Anything at all that might help me find you.”


He turned in the chair and looked over at Brody. Brody moved his hand from Tess’s shoulder and then grinned and waved both arms around.


“That rocked! I mean, seriously, I watch sci-fi and never once imagined it could be real!”


Dom raised both eyebrows and looked at Tess. She stood there with her hands on her hips while sending the other man a bored expression.


Brody gave her an expectant look. “Can you do anything else?”


Tess hissed out a long breath. “Like what, Detective? Transform you into a braying ass? No, however much I’d like to!”


Brody raised his hands in an exasperated move. “Hey! I’m trying to be cool here. But it’s not easy to pull off.” He motioned to Dom. “With him as an internal intercom and now you’re Miss Satellite-Dish . . .” 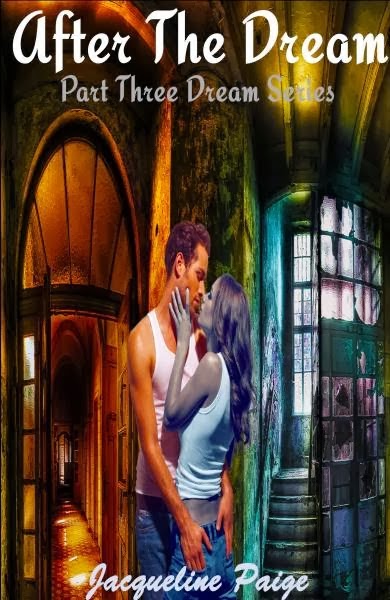 Brody believes he’s a normal man. Tess has felt like a freak most of her life- except when she’s around one man.

Feeling less then worthy as a normal man surrounded by a team with special skills, Brody has to wonder why he’s a part of it. If it weren’t for one team mate being there, he’d transfer back to normalcy.


Tess has always felt like a freak, even surrounded by others that are different she still feels like an outsider. Only one of her team mates make her feel like an everyday person.


Get your copy at Amazon


AFTER THE DREAM Excerpt #2


“Okay.” Tess tried not to think about being in here in the dark. “What’s ten feet?”


“This comes out ten feet up in the air. Dom’s working his way up to it, or was until I told him about the grate, he’s gone back to the truck to get something to get through it.”


She fought the panic that started with her chest tightening. “No. I still can’t feel it. I don’t know if I can do much longer, Brody.” His body moved closer to hers.


His breath brushed up against her cheek, making her realize how close he was now. “I’m trying. As long as I was moving I was distracted and didn’t think about it, but now . . .” she felt his breath against her mouth. Where the idea came from she’d figure out later. “Distract me,” she whispered, her lips brushing against his. Before she could think about it any further she kissed him quickly. He didn’t pause for a second before his mouth covered hers in a rough kiss. Heat replaced the fear she was feeling as his hard mouth took control over her own and demanded she focus only on him. 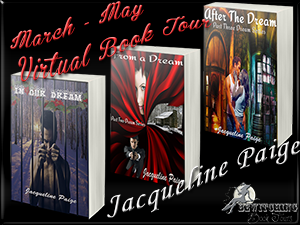 With a growl he lifted his mouth from hers long enough to pull her tight into his body and roll to his back. One hand grasped the back of her head as his other slid down over her hip to press her body into his. When his mouth attacked hers again, she could only kiss him back with the same fevered movement. She didn’t care then where they were, only the feel of his hard body beneath hers and the wicked things his tongue was doing to hers. Lifting her mouth, she drew in a breath but before she could find his mouth again, his lips moved down over her throat until he found that sensitive spot that turned her bones into mush. Gasping, she gripped his hair and held onto him.


With a groan, he dropped his head and moved his hand away from her. She wasn’t sure what he was doing until he cleared his throat. “Yeah, got it.” Reaching down he depressed the switch and let out a slow breath. “Dom will be up here in about two minutes.”


Where they were and what they were supposed to be doing rushed back at her. “Oh.” Lifting away from the heat of his body, she moved back to lie on her side in the tiny space. She

breath but before she could find his mouth again, his lips moved down over her throat until he found that sensitive spot that turned her bones into mush. Gasping, she gripped his hair and held onto him.


With a groan, he dropped his head and moved his hand away from her. She wasn’t sure what he was doing until he cleared his throat. “Yeah, got it.” Reaching down he depressed the switch and let out a slow breath. “Dom will be up here in about two minutes.”


Where they were and what they were supposed to be doing rushed back at her. “Oh.” Lifting away from the heat of his body, she moved back to lie on her side in the tiny space. She listened to how hard he was breathing and thought he may have cursed a few times under his breath, but she couldn’t be sure with how loud her own breathing was.


Brody moved around onto his side and placed his mouth right beside her ear. “This isn’t finished, Tessa.”


It sounded like a warning more than a statement. Keeping her voice quiet so Dom wouldn’t hear if he was near the top she leaned her face into his throat. “We work together. . .”


“Oh, we have a connection.” He grasped her hip and ground his still hard body into hers. “It’s just much more on the physical plane.” 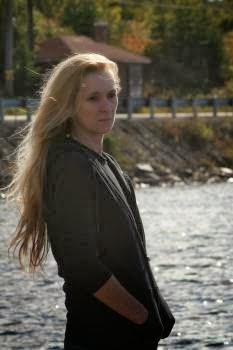 
Jacqueline Paige lives in Ontario in a small town that’s part of the popular Georgian Triangle area. No one has ever heard of Stayner, so she usually tells people she lives “near Collingwood” and no, she doesn’t ski at Blue Mountain or at all, in fact she’s not even fond of snow.


She began her writing career in 2006 and since her first published works in 2009 she hasn’t stopped. Jacqueline describes her writing as “all things paranormal”, which she has proven is her niche with stories of witches, ghosts, physics and shifters now on the shelves.


When Jacqueline isn’t working at her ‘reality job’ or lost in her writing she spends time with her five children, most of whom are finally able to look after her instead of the other way around. Together they do random road trips, that usually end up with them lost, shopping trips where they push every button in the toy aisle, hiking when there’s enough time to escape and bizarre things like creating new daring recipes in the kitchen. She’s a grandmother to four (so far) and looks forward to corrupting many more in the years to come.