Captured by the Pirate Laird 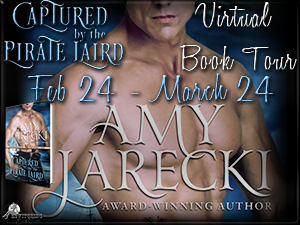 
Wed by proxy to a baron old enough to be her grandfather, Lady Anne trudges up the gangway of a galleon that will deliver her into the arms of a tyrant. Crestfallen, she believes her disastrous life cannot get worse—until she awakes to the blasts of cannon fire.


Facing certain death, Anne trembles in her stateroom while swords clash and the chilling screams of battle rage on the deck above. When a rugged Highlander kicks in her door, she prays for a swift end.


But Laird Calum MacLeod has a reason for plundering the ship—and it’s not a stunning English lass. With no other choice, he takes Anne to his crumbling keep on the isle of Raasay and sends a letter of ransom to her husband. In time, Anne grows to understand MacLeod’s plight and finds it increasingly difficult to resist Calum’s unsettling charm—until the baron sends a reply agreeing to terms.


Ripped from passion that will be forever seared into their souls, will Anne and Calum risk everything for love? 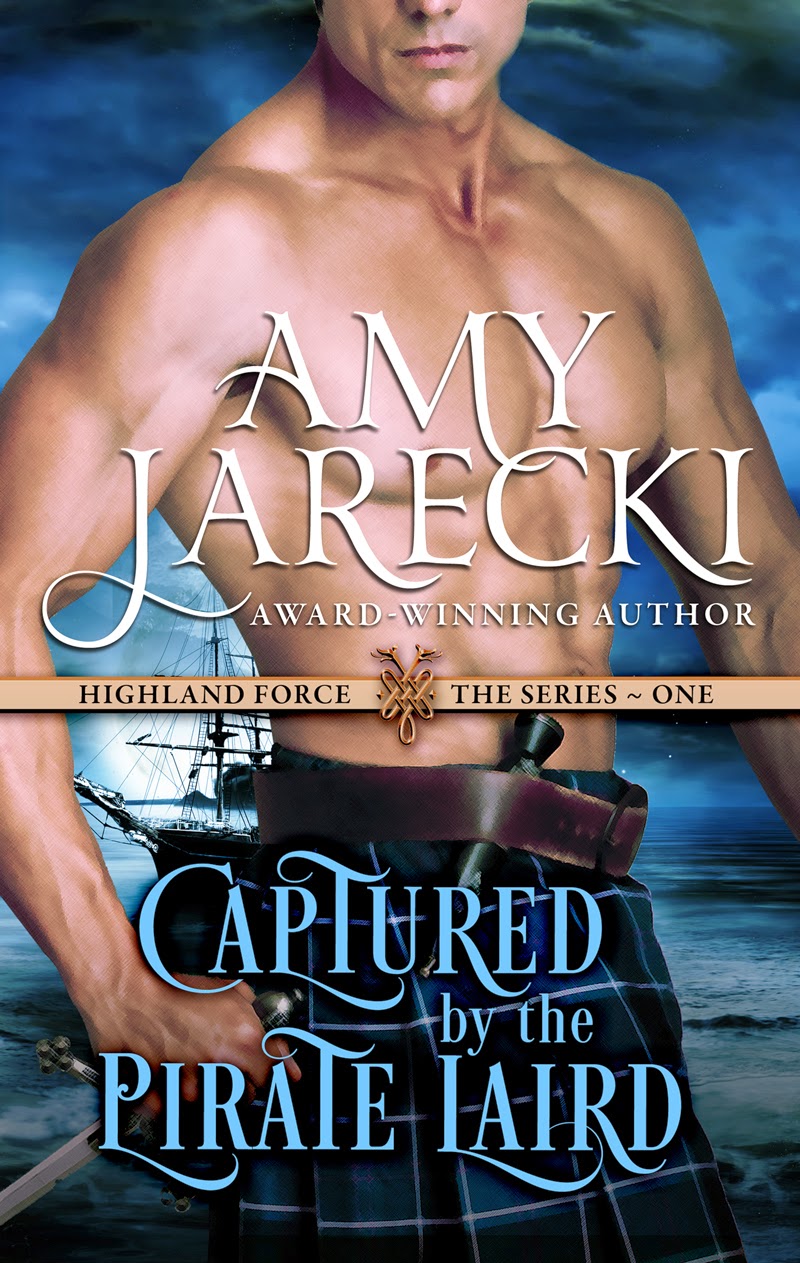 
She turned and caught him staring. He bowed and his heart melted when she smiled—a smile with dimples that could light up the horizon. He half expected Anne to turn up her pert little nose and head the other way.


Before he could persuade himself otherwise, Calum pattered down the steps and stood beside her. She watched the sunset and her warmth pulled him close like a magnet.


“’Tis beautiful,” she said when the sky shone with orange and pink, highlighted against the strips of clouds that sailed toward the ship.


He inhaled. Her scent ever so feminine, Calum inclined his head to capture more of it. “Aye, milady.”


She placed her hand on the rail. Again his reflexes took over and he rested his palm atop it. Calum expected her to snatch it away, but she did not. Her fingers were cold and he held his much warmer hand there as a comfort. They stood in silence as the sun glowed orange-red on the horizon. He wanted to stand there forever—touching her. Barely breathing, he watched the sun disappear and held his hand still, unwilling to move it.


The sun was replaced by darkness. Lady Anne slipped her hand out from under his and the dark of the evening took up residence inside him. She was not his to lust after. “May I walk you to your stateroom?”


“Yes.” Her voice sounded husky. Had she felt the connection too? Of course not.


Calum offered his arm and that same small, cold hand grasped it. “We’ll arrive at Raasay in the morning.”


Secrets were impossible to keep on a ship. “I will send a letter of ransom to yer husband upon our arrival.” He didn’t like how that sounded—ye are my prisoner until Lord Wharton pays for your release. But that’s how it had to be. If he sailed up the mouth of the River Aln, he would incite yet another war between Scotland and England—and this time his countrymen might side with the enemy.


When they stepped into the corridor, warm air relaxed the tension in his shoulders.


Anne stopped outside her cabin door, breasts straining against her bodice with every breath. “I’ve never met him.”


Calum forced himself to concentrate on her face. “Who?”


“We were wed by proxy. My uncle made the arrangements.”


Ah Jesus. Calum understood the way of highborn marriages, arranged for the trade of lands and riches. “Ye ken he’s old enough to be your father?”


“He’s three times my age plus one year to be exact. His children are older than I.”


A hundred questions flooded his mind. “Why?” he clipped with shocked disbelief.


Anne nodded as if fully understanding his monosyllabic inquiry. “I’m told the Baron fancied me from across Westminster Abbey during the Queen’s coronation.”


“No.” She doesn’t even know the bastard. That’s why she wears no ring.


“Yes. My uncle said he kissed my hand, yet so many lords greeted me on that trip to London, I’m at a loss to place him.”


The despair in her lovely eyes twisted around his heart. “Mayhap ye will remember if we playact it.” With a halfcocked grin, Calum reached for her hand. His mouth went dry when her silken skin met the rough pads of his fingertips. Though a grown woman, her fingers were fine and delicate.


When she didn’t pull away, he moistened his lips and bowed. Hovering above her hand, the soft scent of honeysuckle mixed with her—the unmistakable scent of woman now more captivating than it had been on the deck—ignited his insides as if she stood naked before him. Closing his eyes, he touched his lips to the back of her hand and kissed. Anne’s sharp inhale made his skin shiver with gooseflesh. She did not try to pull away but remained so still, her pulse beat a fierce rhythm beneath.


Calum held his lips there longer than necessary. He wanted this moment to linger. He wanted a memory he could cherish long after she was gone. His eyes locked with hers as he straightened. Her lips parted slightly, almost as if asking him to kiss her mouth, but he knew she wouldn’t want that.


He stood for a moment not saying a word. She did too.


“Any recollection?” His voice rasped.


“No.” Her voice low, she then blinked as if snapping back to the present. “You mustn’t ever do that again.”


“Apologies, milady.” Grinning, he opened her door and bowed, though he did not regret her lack of recall.


Anne stepped into her stateroom. Calum could not pull his gaze away until the door closed and blocked the bewilderment reflected in her sapphire eyes. Calum waited a moment and stared at the hardwood door—the same one he had kicked in five nights ago. What the hell was he doing?


He ground his teeth and headed back to the quarterdeck. He needed to get the lady out of his life. She was not his to care for. Worst of all, she had wed the enemy. 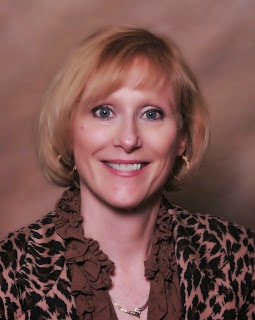 
Amy has won multiple writing awards and lives in Utah with her husband, Bob. She writes contemporary romance and Scottish historical romance. For fun, she hikes, bikes and plays a mean game of golf. Born in California, Amy holds an MBA from Heriot-Watt University in Edinburgh, Scotland.