The Lake Of Shadows 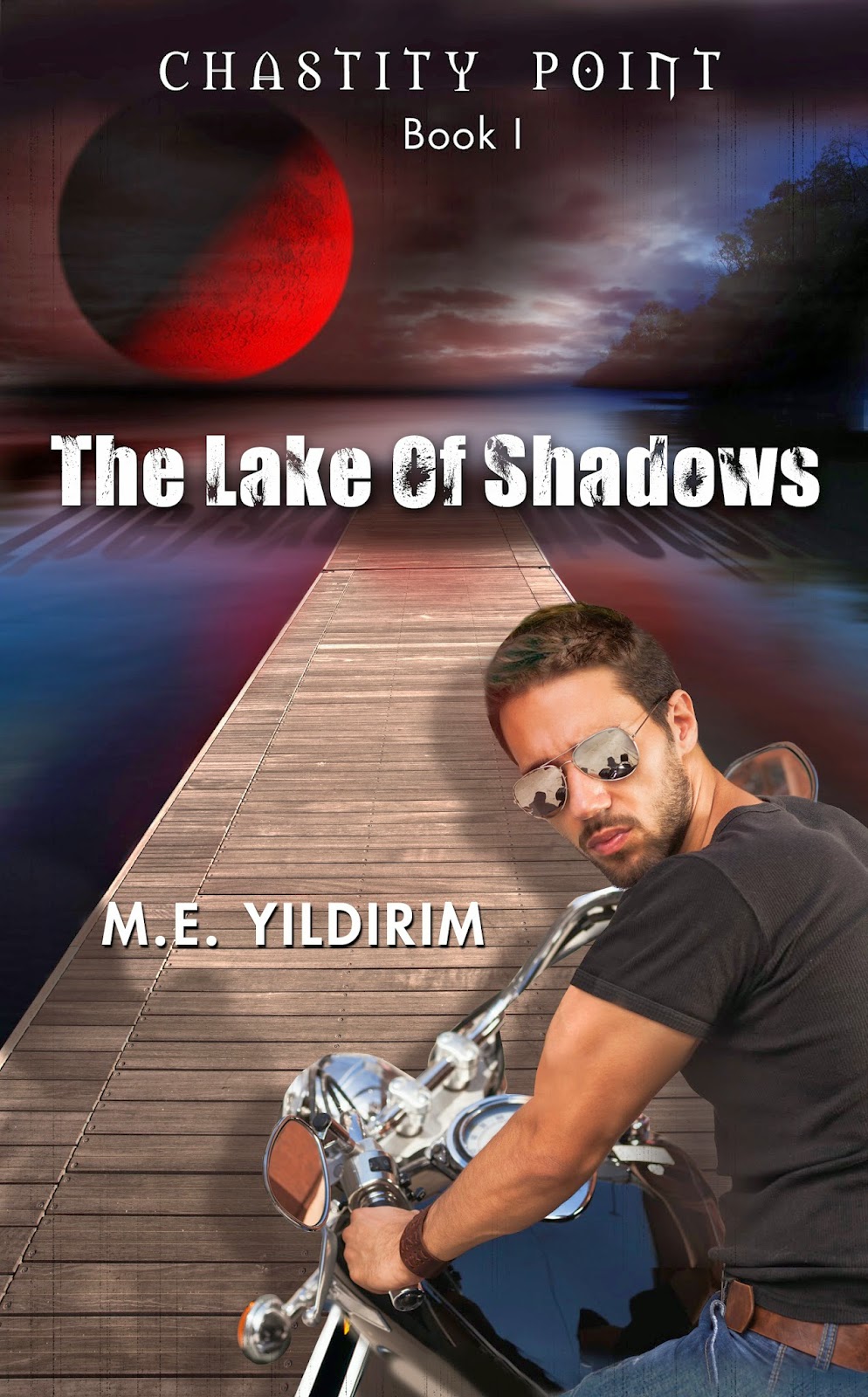 Keegan Callaghan knows the taste of loss. Fate has severely tried him; first by taking away his parents when he was but a child, then destiny didn't spare him the heartache of losing the woman he loved, when she fell victim to vicious killers who were after him.


At least that's not all there is to him.


There is a savage side to his nature, a werewolf like creature that most would attribute with folklore or a myth. Troubled by his own animalistic tendencies he has a hard time accepting and haunted by vicious memories, he decides to leave his home in Ireland and move to the US, where his mother was from.


But the quiet town of Chastity Point, Connecticut is not what it seems.


Jade Thorton is trying to lead the life she always dreamed of having. She owns a bakery, has friends, and a loyal dog, which seems to be fully satisfying after the traumatic experience of her childhood that casts a long shadow on her whole life.


The last thing she expects is to find herself thrown back into the past by the events taking part in the small town when blood is being spilled in rural Chastity Point.


The fascination she feels for the mysterious man with eyes full of painful secrets could be her chance for happiness, or her final downfall…


When the light breeze ruffled her hair she breathed deeply, and looked around. This place was peaceful, and seemed untouched by civilization, which was surprising, considering how often people were visiting this area. Jade looked at the weeping willow, planted on the shore to prevent erosion. Its pleasing to the eye long and thin branches were hanging gracefully, and swaying gently on the slightest wind as if dancing to the music created by the nature itself.


She turned to Keegan, and a smile froze on her face. Tension was radiating from his whole being. His head was tilted at a strange angle, and he seemed to be sniffing the air in a way that made goose bumps appear on her naked arms.


“Keegan?” she asked, feeling as if her mouth was suddenly too dry, and filled with cotton candy.


Keegan felt his beast's inborn instinct race to the fore at the first whiff of the light breeze. The tiny hairs on the back of his neck were raised in warning. There was some putrid smell in the air, and he had a sudden urge to snarl in response to the menace hanging in the stilled emptiness surrounding them.


In the blink of an eye his senses became keener, even more accurate, and he knew. Death smells always the same, he thought.


“Stay here,” he said absently to Jade, at the same moment when Felix whimpered.


Keegan issued a growl, inaudible to human ears, and Felix sat next to Jade's form, his hairy body trembling.


Keegan's feet carried him as if on their own volition, and soon he was running. In no time that felt like forever, he came close to something that could be called a pier only by somebody with a vivid imagination.


He was not sure what he was looking for or expecting even, but what he found was hundred times worse, he thought, barely stifling roar of fury.


There was a body drifting in the water, down below, touching the wooden post with one hand as if trying to reach it in a vain attempt to grab a chance at already lost life.


Thickets and reeds tried to cover the corpse as if nature itself wanted to give her a burial that was her due.


Her, he thought again with a powerless rage, looking down at the mutilated body, and into the wide open, unseeing eyes of a woman he knew.


He was so absorbed with trying to stop the changes happening within him, that he heard Jade's approach when she started to scream.


He sat on his porch, listening to the sounds that approaching night was bringing up to him. It was like a lullaby, to which he get used to surprisingly fast.


Opened bottle of chilled beer stood on the wooden table, next to his elbow. Condensation was dripping slowly down along the glass in an essence reminiscent of the sand in an hourglass.


He propped his ankles comfortably on the balustrade, letting peace of the moment to seep inside of his skin. A light breeze played with his hair, like a teasing hand of a lover, carrying memories within that were fighting with a present.


Too many memories he tried to resist.


But they were stripping his will away, pulling him under. Taking him back to the times when he had been a mere shadow passing by, living on the outskirts of the real world.


Riona was dead, and with her death all the light went out from his life. One careless incident, and he was spiraling down, down, down …


At first, vengeance was the only thing that kept him going, kept the blood pumping in his veins, kept his heart beating in his chest.


After all was said and done, he was left with memories alone.


Memories that taunted him.


Then even they were too much and started to elude his grieving mind. During the first year he was so close to the edge. He let his animal side come to the fore, trying to bury himself in the most basic survival mode. He became vicious beast walking on two legs, ready to strike at the slightest provocation, or even without.


He didn't care if he would bring death upon the others or himself. No, he prayed for the end, because only in death they could be together again. Then one sober thought slashed brightly through his half mad mind.


He didn't deserve the blessing of the death.


He needed to take in the suffering with every breathe, with every step of his way...


Then all the other women followed. Nameless fucks. That's what they were. He made sure, he has never had a hard time walking away from any woman, after not being able to reach the only one he wanted.


All these years females had come to him easily, and then disappeared even faster. Names and faces turned into blur, not letting one of them become too important to him. It was a simple matter he based his survival on.


They were all blonde and tall, but they were mere shadows of the only female he could never touch again. Didn't deserve from the beginning, but couldn't resist. And she paid dearly for his weakness.


Not any other has ever came close to touching precious memories he carried within. These other females were wrecks, just like him. Castaways left for scavengers to pray.


Trying to lose themselves in one of the most primal acts. In order to dream, to forget, to die, and reborn as someone else. Trying to … feel something, anything. But nothing helped. Not to him.


Grief and rage became like a third entity living under his skin.


Until one day he opened up his eyes, and saw all that he had brought upon himself. He became what he despised the most.


Riona would despise him as well.


Not for failing in protecting her, never that. But for what he allowed her death to turn him into. This bitter, violent shell of the man she used to love, nothing but a husk of his former self, on a sloppy road to hell.


He shook his head like an animal that lived inside of him, shrugging off the trance like state. There was no peace in the evening breeze, soothing lullaby snapped in the midway. Broken sound of it reverberating in his jagged soul.


He leaned against the back of his chair, balancing it precariously on two legs. Precarious balance was a good analogy to his current situation, he thought, and blew out the harsh breath, swearing eloquently.


All in him wanted to get back to her, to bury himself in her body, to slip under her skin. All in him tightened in possession at the mere memory of the hungry intensity between them.


He would like nothing more, than to blame it all on his primal, animal part, but deep down he knew human male felt exactly the same way.


He didn't want to feel this way about any woman.


Not after the lesson of the past. He knew dangers hidden in it, remembered gut wrenching emotions. They were nothing more than a weakness, which could lead a man to a downfall.


And now Jade threatened all his memories, deepening his guilt, and self–loathing. Because she was making him break the vows he made a long time ago, forget his own rules he tried to live by. And she didn't even have to try, he thought bitterly.


The smart thing to do would be walking away now, but he was afraid it was already too late for that.


He took Jade, just like he wanted, but it didn't appease his craving. If anything the craving became even sharper, than before. If he had any hopes of moving on after having her, now he could finally stop deluding himself about it.


She was his, and some feral part of him refused to consider any other possibility.


He finally couldn't take standstill of the moment and went inside, closing the solid lid on his memories, and pretending his present doesn't bother him at all... 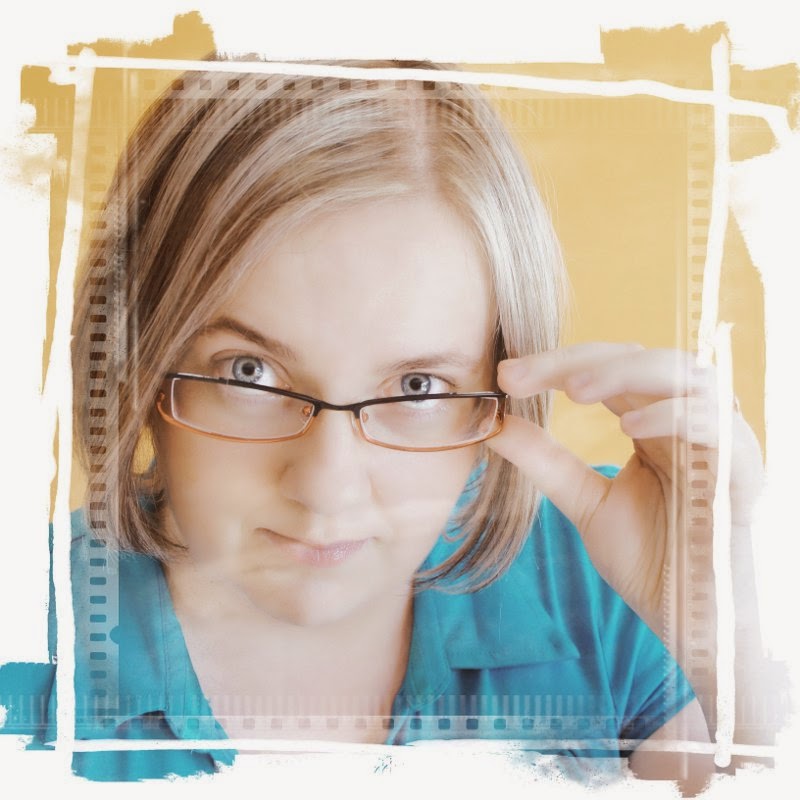 
M.E. Yildirim is a Public Relations specialist from Poland who is confident Satan himself created math and that the world needs more bookworms to balance the evil out. Her mother is the one who had inculcated in her respect and love for written stories and taught her not to judge a book by its cover. She lives with head full of voices which won't be silenced until she lets them out to live and spin their tales on paper. That's right-their tales, since they seem to have a mind and will of their own. Walking through life to the beat of her own drum, she has worked in a PR Agency, small companies, a big consortium and even in the Military. But none of it could ever compare to the adventures of creating and building up her characters and stories. M.E. believes that books are for smoothing out everyone's feathers and reminding people all the things they've already forgotten. She is happily married, oftentimes engaging her husband in her writing, with or without his consent. Tenacious as much as the characters she creates, she loves challenges, letting her own creations to take advantage of that fact.