Choices Are Easy When You Have Nothing Left To Lose


Kennedy O’Connell had all the happiness she’d ever dreamed—until someone stole it away. Now on the run for her life, she has a choice to make—disappear forever or make those responsible pay. Her choice is easy.


Two men want to help her, each with their own agenda.


Detective Nick Gallagher is accustomed to pursuing killers within the law. Targeted for death, his life turned inside out, Nick vows to bring down those responsible, no matter the cost. But the beautiful and innocent Kennedy O’Connell brings out every protective instinct. Putting aside his own need for vengeance, he’ll do whatever is necessary to keep her safe and help her achieve her goals.


Billionaire philanthropist Grey Justice has a mission, too. Dubbed the ‘White Knight’ of those in need of a champion, few people are aware of his dark side. Having seen and experienced injustice—Grey knows its bitter taste. Gaining justice for those who have been wronged is a small price to pay for a man’s humanity.


With the help of a surprising accomplice, the three embark on a dangerous game of cat and mouse. The stage is set, the players are ready…the game is on. But someone is playing with another set of rules and survivors are not an option. 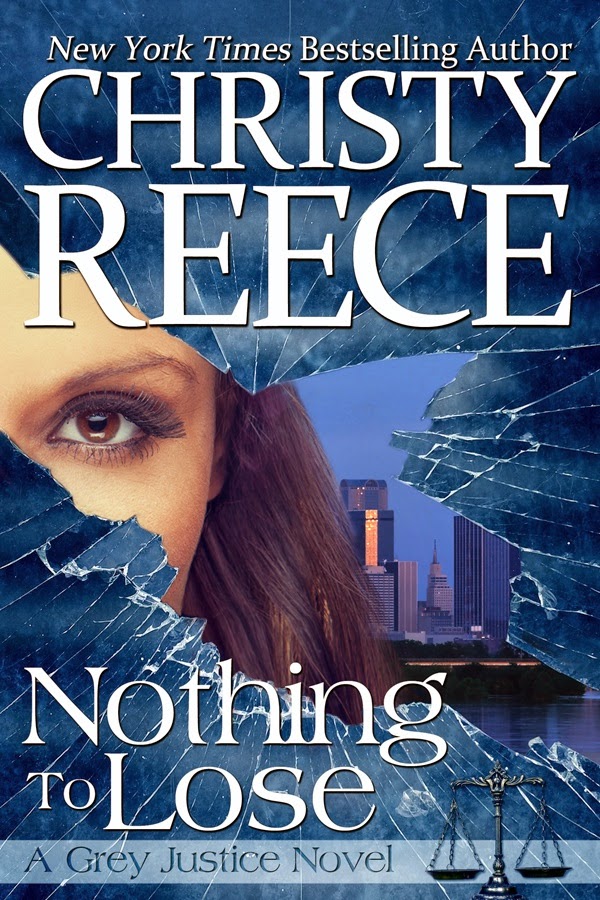 
Nick opened his apartment door and headed straight to his bedroom to change into a pair of shorts and an old sweatshirt. About the only way he had to battle the hopelessness inside him was to beat the hell out of his boxing bag and work himself into exhaustion. He was halfway to the kitchen for a bottle of water when he realized he wasn’t alone. The dark figure of a man sitting in a chair in the corner caught his eye.


Cursing his inattentiveness, he grabbed the closest weapon—a bust of Sherlock Holmes—and turned toward the intruder.


“Before you allow Mr. Holmes to bash my head in, wouldn’t you like to know why I’m here?”


The crisp British voice sounded familiar, but he couldn’t place it. Nick replied coolly, “I’m more of an attack-first-and-ask-questions-later kind of guy.”


“Pity. You don’t seem the type to go off half-cocked.”


“Depends on the situation. Having some asshole break into my house is the type of thing that pisses me off.”


“Understandable, but you can often learn more things if you wait awhile.”


“Or you can get yourself killed. Now, tell me who the hell you are and why you’re here.”


“Let’s talk first. Then we’ll decide if we want to exchange personal information.”


If the man was going to shoot him, he would’ve done so by now. Nick lowered the statue to his side but held on to it just in case. He reached for the light switch on the wall.


“So I’m not allowed to know your name or what you look like?”


Despite the aggravation of having a stranger break into his house and the man’s numerous rules, Nick was intrigued. He pulled his hand back from the light switch. “I’ll stand. Now tell me what the hell you want.”


“I want what you want—to bring Mathias Slater and his goons to justice.”


If he hadn’t captured Nick’s attention before, he sure as hell had it now. “What do you know about Slater?”


“That he’s into more shit than anyone could ever imagine.”


“Let’s just say that seeing bad guys get what’s coming to them is a hobby of mine.”


“And how can you assist me in seeing that Slater gets what’s coming to him?”


“By giving you access to information you can’t get through your channels.”


“Semantics. What you see as illegal, I see as creative license.”


Still wary but more interested than ever, Nick returned the statue to the end table and dropped down onto the sofa. “Okay, you have my undivided attention.”


“Excellent. However, we need to come to an agreement before we go further.”


“If you decline my proposal, this discussion never happened.”


“You’re just going to take my word for it?”


“I wouldn’t be here if I didn’t already know you can be trusted, Mr. Gallagher.”


Where and how he’d gotten information on Nick could wait till another time.


“Mathias Slater and his antics hit my radar several years ago. I’ve tried penetrating his tight-knit circle. Unfortunately, I’ve gotten only so far before someone ratted out my informant.”


“And how can I help? If you know that much about me, then you already know that I’ve run into a road block in every avenue I’ve taken against Slater.”


“That’s true. However, you have an avenue you don’t even know you can take.”


“There’s a folder on the table in front of you. Take a look inside.”


Nick didn’t move…considered what could be inside.


“I’m glad to see that my informants were correct. You have a short fuse, but it’s tempered with a deliberative cautiousness.”


“I’m assuming that I’ll be allowed to turn on the lights to look at the folder.”


“That’s correct. Another reason why your deliberation is important. You turn on those lights, you will have information that could destroy not only me, but negatively impact the lives of thousands.”


Nick reached up and flipped on the lamp beside him. Light illuminated the man sitting in the corner and he knew why the voice had sounded so familiar. This was a man known to millions. And he was right—if anyone discovered the truth, thousands of lives would be affected.


Deciding to mull over the man’s identity later, Nick grabbed the folder and opened it. The instant he saw the first photograph, everything within him froze. He looked up at the man who sat so calmly across from him and whispered hoarsely, “What do I need to do?”

Rafflecopter Giveaway (Two Digital Copies of NOTHING TO LOSE)