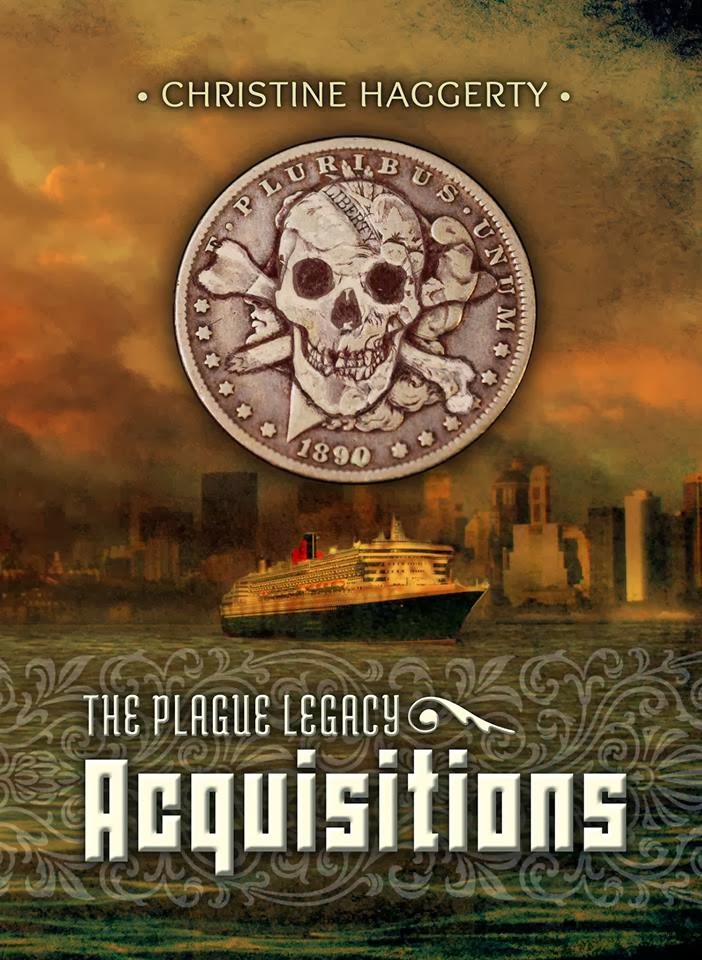 Half a century after the world was decimated by a bio-engineered plague, military scouts are acquisitioning a new supply of exports—slaves.


With his family dead, sixteen-year-old Cameron Landry is a reluctant survivor, haunted by nightmares and bound by promises. When he and his worst enemy, Devon, are both selected for shipment to a civilization called Salvation, Cam suddenly has nowhere to run. Devon is a mutant, stronger and faster, and his hatred for Cam grows with each passing day. As Cam makes friends, and finds a surprising ally in Devon’s twin sister, Tara, he learns a secret that could change everything.


But Devon is on the hunt, and Cam is running out of places to hide.


Excerpt;
Cam stood up and took a step back, the flame on the end of his stick sputtering. “Devon.”
The blond boy held a thick section of branch in one hand, the end of it torn and jagged, much heavier than the wispy deadfall branch Cam held in his. Devon smacked it against the palm of his hand before he plunged the end of it in the small fire.
“When I heard gunshots, thought maybe you had been caught trying to run away,” he grinned, the flames highlighting his teeth and drawing shadows along his mark and over his eyes. “Thought that maybe they went and put a bullet between those pretty blue eyes, but I guess they saved you for me.” He pulled his stick out of the fire and watched the flame cling to the wood, hungry. “Seems you’ve been making friends with my sister.”
Cam watched Devon in silence.
Devon didn’t care, didn’t wait for an answer. He put his stick back in the fire and continued. “She can’t have friends, though, Pig Boy. You see, she doesn’t deserve them. She deserves to suffer.”
You deserve to suffer, but not Tara. And not Jake. Cam kept his eye on the mutant boy, watching the tension ripple in his throat, then started when a shot echoed from the ridge.
Devon glanced behind him and laughed. “They might put your little friend down now that he’s damaged goods, but don’t worry. They won’t shoot you, Pig Boy. Oh no, little piggies go to the butcher.” He stood as another shot rang out.
Cam glanced up at the truck. Tara held the flashlight steady, but the cab blocked Cam’s view of Jake and the Scout.
Devon swung the branch across the top of the fire. Cam scooted back, the jagged end grazing his belly button. It pulled him off balance. His feet shuffled and he fell back, catching himself with his hand on the gravel, the stick sputtering out as it rolled away on the gravel. Devon jumped over the fire and pushed Cam flat on his back, pinning a knee onto his chest.
The burning end of the branch sparked across Cam’s eyes and he smelled the stink of singed eyelashes. He pushed up on his legs, trying to unbalance the mutant, but Devon leaned on him harder, pressing into the gashes left by the dog.
“Do you know what they do to us when we get to Salvation? What they do to slaves, even Pig Boys?” He ground the flame out in the gravel next to Cam’s head where the new set of silver tags strung out from his throat, the smell of dirt coming from the hot rocks. Sweat beaded on Cam’s forehead as blood pumped through his body. He searched the gravel with his hand, looking for something big enough to smash against Devon’s face.
The blond boy lifted the stick out of the dirt, the end glowing orange. “They brand us, like this.” He dug the end of it into Cam’s bare chest, over his heart. Pain shot from the tip of the branch up through the side of Cam’s neck.
He arched his back and sucked in a scream, curling his fingers around a fistful of gravel. 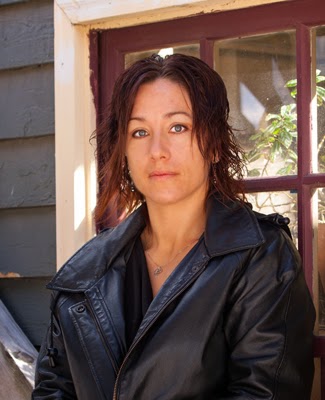 
Christine Nielson Haggerty grew up in rural Utah with three brothers, a sister, several chickens, a goat, and an outhouse. She always loved the escape of science fiction and fantasy and the art of writing, and her passion is to craft stories of strength and survival.


Christine taught high school language arts for several years, encouraging perfection of the language in her young adult students. Now she appreciates her background in classic literature and history as she draws on the past to write about the present and the future.


You can follow her news and mental wanderings at www.christinehaggertyauthor.com