A Burning Truth by Joyce Proell Blog Tour and Giveaway


Excerpt;
April, 1881
“Why, it’s outrageous!” Cady Delafield said with a laugh.
In the soft glow of the carriage lantern, she glittered in the familiar way which delighted Doyle to his very core. He’d missed seeing her bright smiles and playful attitude absent these past few weeks.
“It’s almost midnight,” she added and crimped her mouth in mock disapproval, but failed to mask her teasing. “Surely, Mr. Flanagan, you aren’t serious about traipsing about in a lumber yard near the docks at this time of night?”
“It’ll only take a minute.” Happiness strummed through his body with each hopeful sign of her recovery from the recent tragic events. She was plucky, determined and stubborn. But the death of three women and seeing a man blow his head off left a person altered. He knew this for a fact. He’d watched the man pull the trigger too.
“Besides.” He dropped a hand over his chest affecting a bit of melodrama. “Aren’t you the least bit curious to see where the master potentate, the supreme leader, the Great Poohbah—”
“Oh, please.” She thrust up a palm forestalling any more joking. “Great Poohbah, indeed!”
He chuckled and angled his long legs on the carriage seat so his knee leaned against hers. It struck him as unbelievable he’d known her only five weeks. Time enough to fall in love and fall he did with both feet crashing through the floor. His familiarity and ease with her made it seem as if they’d been the best of friends since childhood. Soon, when he believed the horrific events were behind them, when she no longer complained of nightmares or jarring flashbacks, when the world was again solid beneath her feet, he’d propose marriage. The notion made him smile. 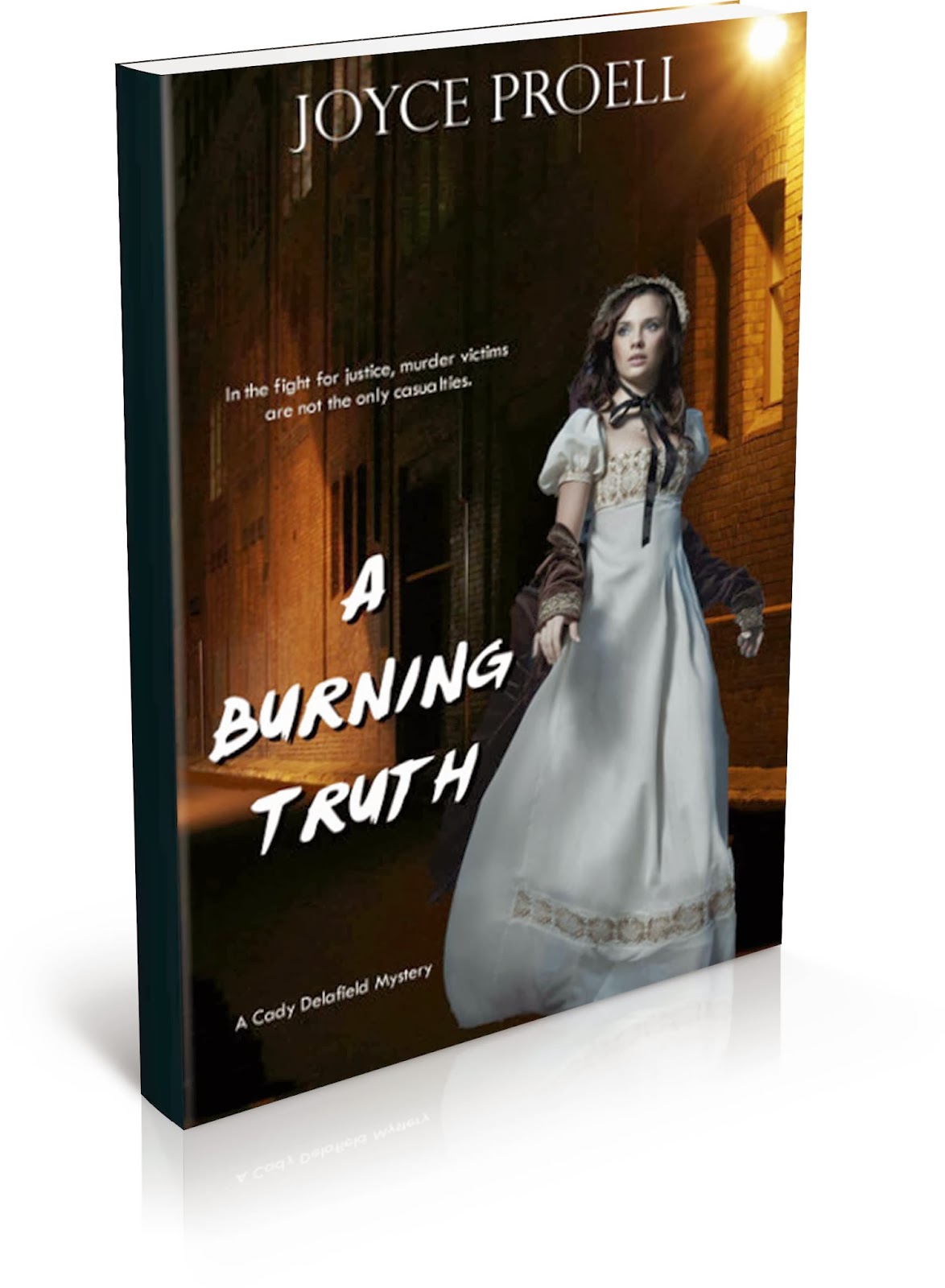 
There’s no shortage of deadly deeds in 1881 Chicago as school administrator Cady Delafield and entrepreneur Doyle Flanagan plan their wedding. When one of Doyle’s workers is brutally killed he must use his considerable power to stop a mysterious enemy bent on destroying his reputation and business empire. But as Cady and Doyle struggle to keep their marriage on track, the murder victims might not be the only casualties. 
Joyce grew up in Minnesota and attended college and grad school in Chicago. After working in mental health, she retired at a young age to write full-time. Her first book, Eliza, was published in 2012. A Burning Truth is the second in the Cady Delafield series. When she isn’t writing mysteries or historical romances, she loves to travel, walk, read, and do crossword puzzles. She and her husband make their home in rural Minnesota in her very own little house on the prairie.


– a Rafflecopter giveaway
Posted by 3 Partners in Shopping at 12:31 AM