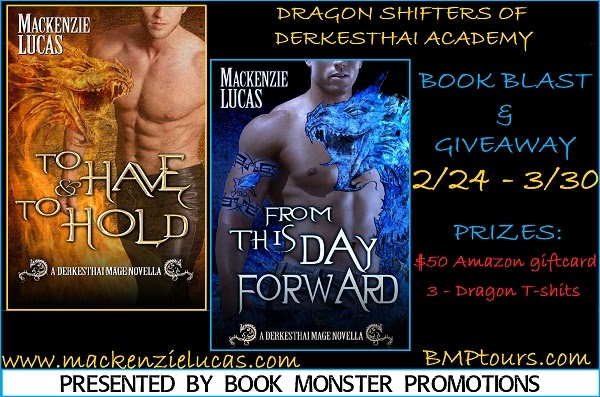 
The Dragon Shifters of Derkesthai Academy


The Dragon Shifters of Derkesthai Academy series is a paranormal romance series with mystery and suspense elements where dragon shifters hunt a magickal hoard thief who threatens to bring down the entire dragon mage race. 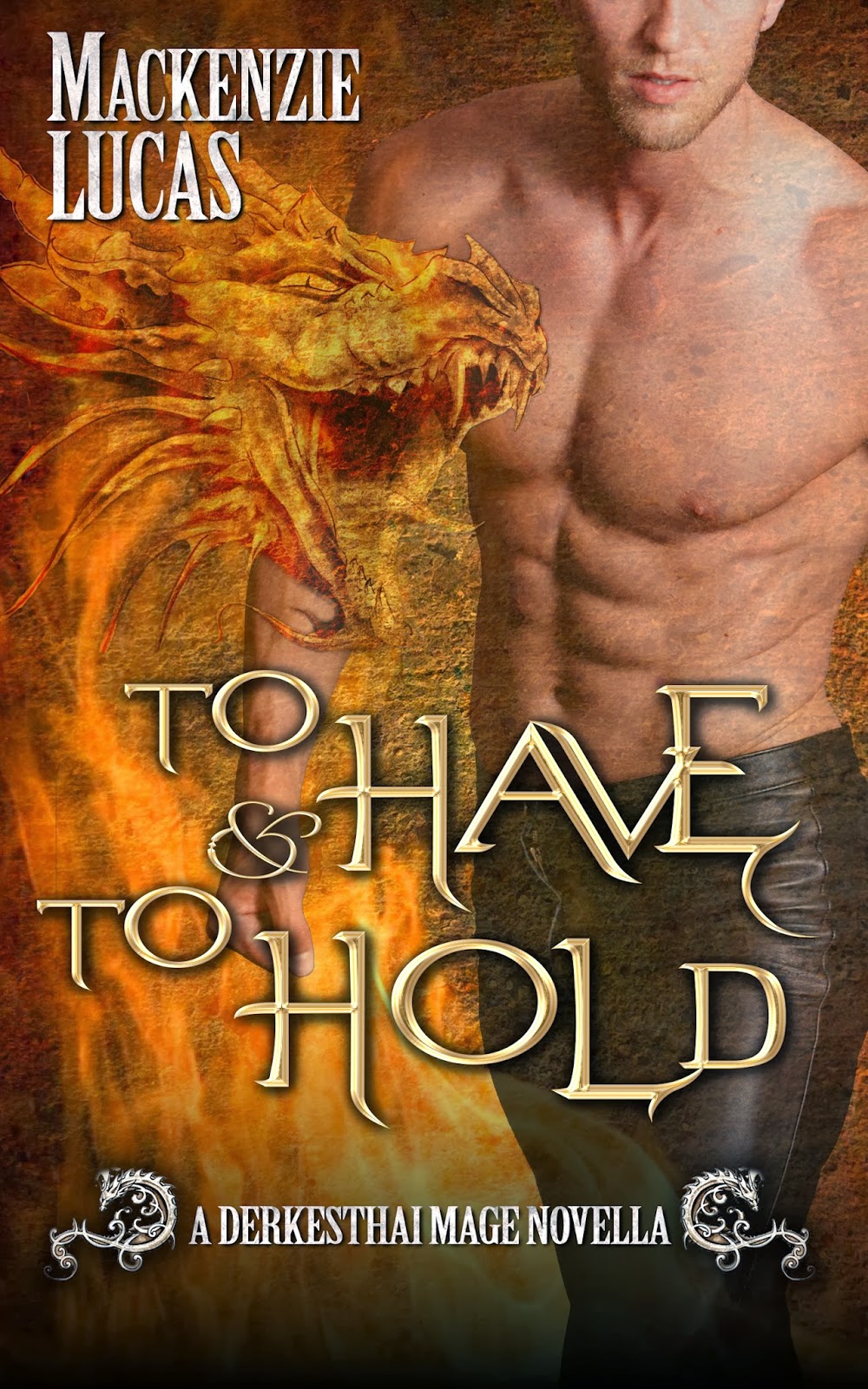 TO HAVE & TO HOLD


The Dragon Shifters of Derkesthai Academy, #1


American-born heiress Cate Cooper never believed her sexy, stalwart English husband of two years, Grayson, could be a monster of epic proportions until he shifted into a fire-breathing dragon right in front of her eyes. After several near-miss encounters with the dragon who almost killed her, Cate trapped the beast in the attic using her own magickal skills as spell-caster and an enchanted chatelaine left to her by her grandparents. She agreed to give her husband one year in the magickal confines of their attic to battle the dragon within before she gives up on him for good.


During the year Grayson Cooper has been trapped in his attic fighting for his life and his marriage, his best friend and legal partner, Michael James, seduces his wife and devises a plan to take over her fortune. If that’s not bad enough, clues in an intricate embezzlement scheme all point to Grayson, who, according to the world, disappeared without a trace the year before along with a million dollars. Only Grayson and Cate know the truth of where he’s been.


In this paranormal romantic suspense novella, Grayson Cooper must embrace his dragon shifter heritage, clear his sullied name, and save the only woman he’s ever truly loved from a ruthless villain bent on destroying him and Cate as well as the whole dragon shifter race. 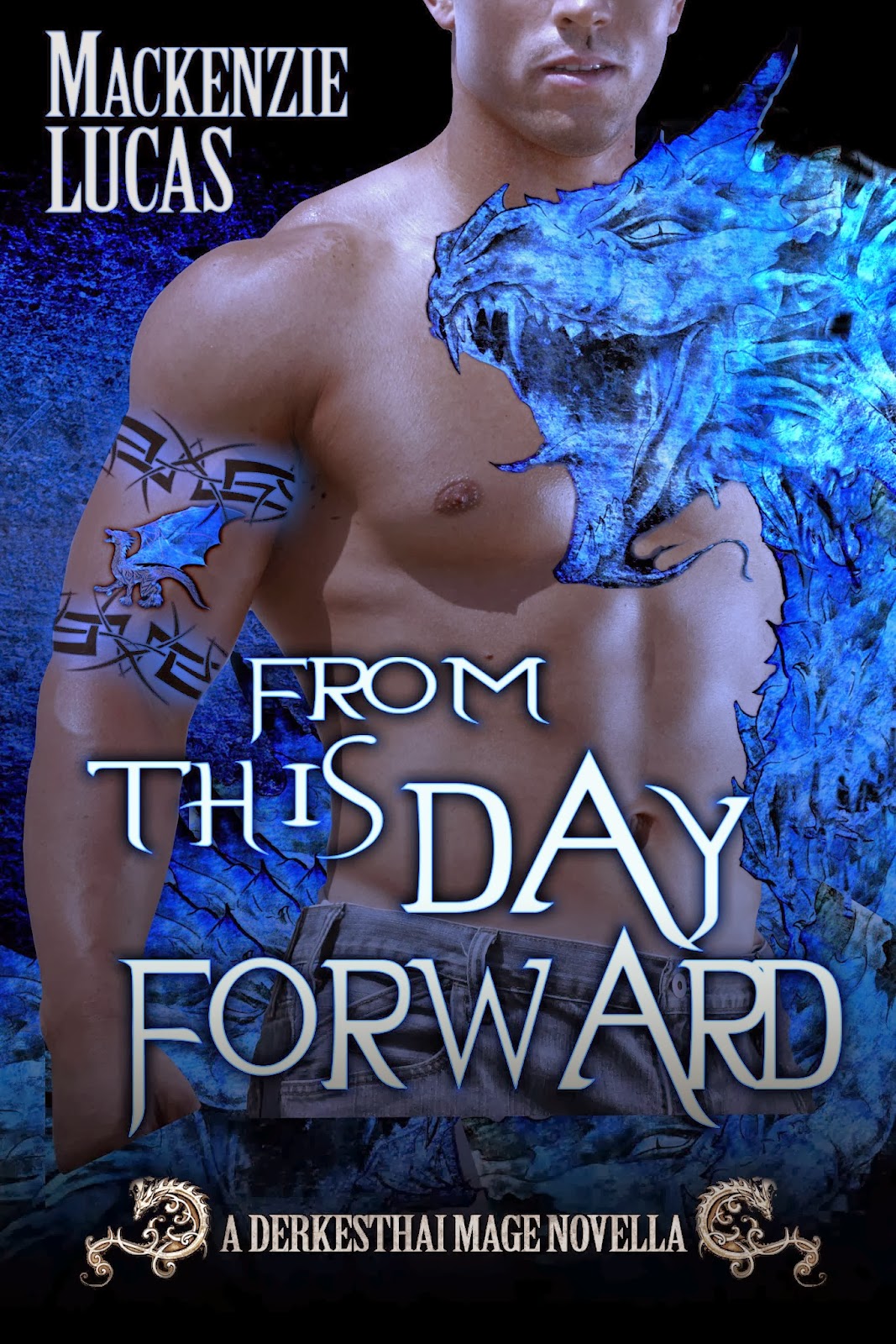 FROM THIS DAY FORWARD


The Dragon Shifters of Derkesthai Academy, #2


This is a contemporary paranormal romance novella with mystery and suspense elements. This is the second story in the Derkesthai Dragon Mage Academy series. Derkesthai Academy is Hogwarts for dragon shifters.


Noah Easton, a Special Forces dragon shifter, escapes the torture of a hoard thief bent on stealing dragon hoard stones and their elemental power from the mages who possess them, but the situation becomes personal when the hoard thief targets the woman he loves. He must return to his hometown of Mystic Springs to protect those he loves from a magickal threat he cannot identify before he loses everything.


April is a modern day oracle. She reads tea leaves and just about anything else that can predict coming events. However, past abandonment issues make her resistant to reading her own signs. But when evil comes to Mystic Springs, April must face her biggest fears of abandonment and betrayal in order to save what’s most important to her. Only by studying the past and owning her future can she stop a magickal criminal who threatens to steal everything she’s ever loved and destroy the dragon mage who holds her heart.


UNTIL DEATH DO US PART


The Dragon Shifters of Derkesthai Academy, #3


Look for Until Death Do Us Part, the next story in The Dragon Shifters of Derkesthai Academy series, out later this year. In Until Death, David Pearson hunts the wounded hoard thief who is a dragon shifter herself and his ex-wife, whom he still loves. Iona LeFay only ever wanted the attention of the one man she’s always loved, her ex-husband David Pearson. Unfortunately, now he must kill her in order to stop the wheels of a huge conspiracy that could bring down the whole dragon shifter race. 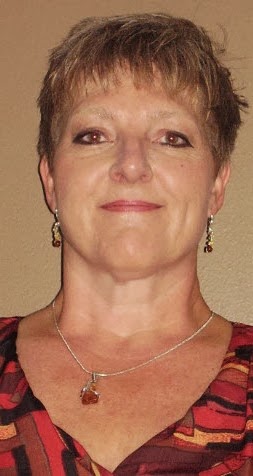 
Mackenzie Lucas is a lover of story in any form. She’s an avid reader of genre fiction, she writes contemporary and paranormal romance, and she listens to an eclectic mix of music that spans from pop/rock to country to gospel. She loves a good story whether it’s an erotic short, a full-length romance novel, or the narrative slice-of-life found in country music. In any story, emotional integrity and authenticity are most important to her as well as a big dose of romping hot sexual tension. She enjoys smart-mouthed, sexy heroines, hunky alpha heroes who know how to take care of their women, and plot twists that surprise her, but most of all, she just wants to experience a satisfying emotional arc of a character falling in love and finding what he or she needs most in life.


Mac is a small-town country girl with a world-traveler’s soul. She grew up in the Allegheny Mountains of Pennsylvania and she’s lived in Dublin, Ireland, in Long Island for a summer, and now resides in the Washington, D.C. area. She obtained her undergraduate degree in English Literature from Dickinson College and received her M.F.A. in Writing Popular Fiction from Seton Hill University. She’s currently an author, writing coach, president of Washington Romance Writers, a mother, and a wife. Her latest contemporary romance, Essence, was published by Soul Mate Pulishing in January 2014.


With Mackenzie Lucas--whether you’re reading her light paranormal romance or her small-town-based contemporary romance--you’ll always get a story about connectedness, community, and emotional authenticity, and, at its core, love. No, and it doesn’t hurt that all her heroes are panty-melting gorgeous alphas and all their sexy, sensually aware heroines know how to stand up to them, give no quarter, and love them just as they are.