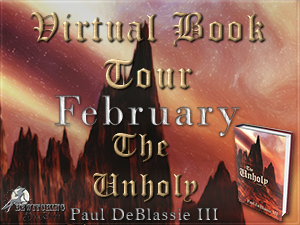 A young curandera, a medicine woman, intent on uncovering the secrets of her past is forced into a life-and-death battle against an evil Archbishop. Set in the mystic land of Aztlan, the Unholy is a novel of destiny as healer and slayer. native lore of dreams and visions, shape changing, and natural magic work to spin a neo-gothic web in which sadness and mystery lure the unsuspecting into a twilight realm of discovery and decision. 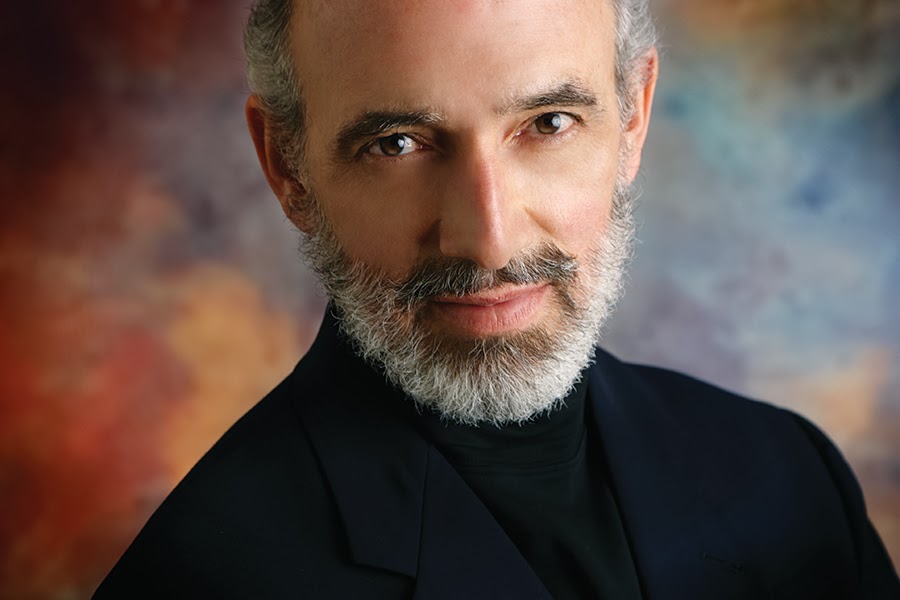 Part psychological thriller, part supernatural heroine’s journey and part gothic horror, The Unholy lures the reader into a twilight realm that pits two old worlds against each other: the medicine woman against the church. Witchcraft, magic, demons and religion each play a role as healer confronts slayer.

“Paul DeBlassie III has brought us a richly imagined supernatural thriller set in the high mountain desert of Aztlan, where Claire Sanchez, an herbalist and medicine woman, has come to reclaim her healing heritage and uncover the secrets of her mother’s death. The book digs deep into legend, folklore, and the author’s own imagination to paint a stirring picture of traditional curanderismo pitted against the oppressive forces of institutional religious power. Make sure you have lots of time; once you start reading this book, it will be hard to put down.”—Stephan V. Beyer, author of Singing to the Plants: A Guide to Mestizo Shamanism in the Upper Amazon
Rich in the native lore of the southwest and set in the mythical, yet modern, land of Aztlan, you will follow a young curandera (Spanish medicine woman) Claire, who is intent on uncovering the secrets of her past, secrets that lead her into a life-and-death battle with an evil archbishop. As women die in mysterious circumstances, Claire must decide how much faith she has in her own powers and how far she can go before putting her own life in mortal danger.

The Unholy will appeal those who are fascinated by the old traditions of healing and magic as well as those who simply desire a fast paced battle between good and evil, masculine and feminine, darkness and light…

“The Unholy, an excellent novel by Paul DeBlassie III, keeps the reader engaged throughout in mystery, suspense, and church politics. In addition to vividly depicting the beauti- ful landscape and culture of New Mexico, it exposes and strengthens the traditional work of the medicine women of the Southwest. I am looking forward to Dr. DeBlassie’s next book.”—Eliseo “Cheo” Torres, author of Curandero: A Life In Mexican Folk Healing, professor, and university administrator


Excerpt
As she ran forward, out of nowhere the two crows flew at her, scraping the air near her face with their sharp talons. Fists clenched, she struck out at one and grabbed at the other. They flew up, circled overhead, then dove, talons flaring. Unmoving, Claire placed her hands by her side and held their gaze.

They fluttered above her head for a minute, then left. Claire turned and saw an eagle soaring—a healer’s spirit manifestation. Medicine women said it came only when needed, when danger lurked.

Frantically tugging away bush, bramble, and cacti, she uncovered the mouth of the seventh cave and stepped in. She had the feeling somebody was watching.

Her eyes adjusted and she made out the contour of something. Squinting, she stooped and touched what seemed to be a circle of stones and charred, cold logs. She stood up and pulled back. A bat flew at her. She waved it away.

She stopped, waited for her breathing to slow, and, stepping sideways, touched the walls of the cave. They were damp and the stink of blood and guts was everywhere. Using the hard surfaces as a guide, her fingertips suddenly brushed through a hollow space roughly the size of a human body.
About the Author


Paul DeBlassie III, Ph.D., is a psychotherapist and writer living in his native New Mexico. A member of the Depth Psychology Alliance, the Transpersonal Psychology Association, and the International Association for Relational Psy- choanalysis and Psychotherapy, he has for over thirty years treated survivors of the dark side of religion.


SoulCare, his professional consultation practice is devoted to the tending of the soul. One of the few therapists writing fiction with a healing emphasis, Dr. DeBlassie has been deeply influenced by the surreal beauty and natural magic of the mestizo myth of Aztlan.


The Unholy is his first novel.


http://mythicalbooks.blogspot.ro/
proposed topic The Mysticism inspiration for a Psychological Thriller

Feb 28 Guest blog
Roxanne’s Realm
www.roxannesrealm.blogspot.com
Posted by 3 Partners in Shopping at 12:09 AM