A Fly Has A Hundred Eyes A Lily Sampson Mystery by Aileen G. Baron Book Tour and Review

A Fly Has a Hundred Eyes 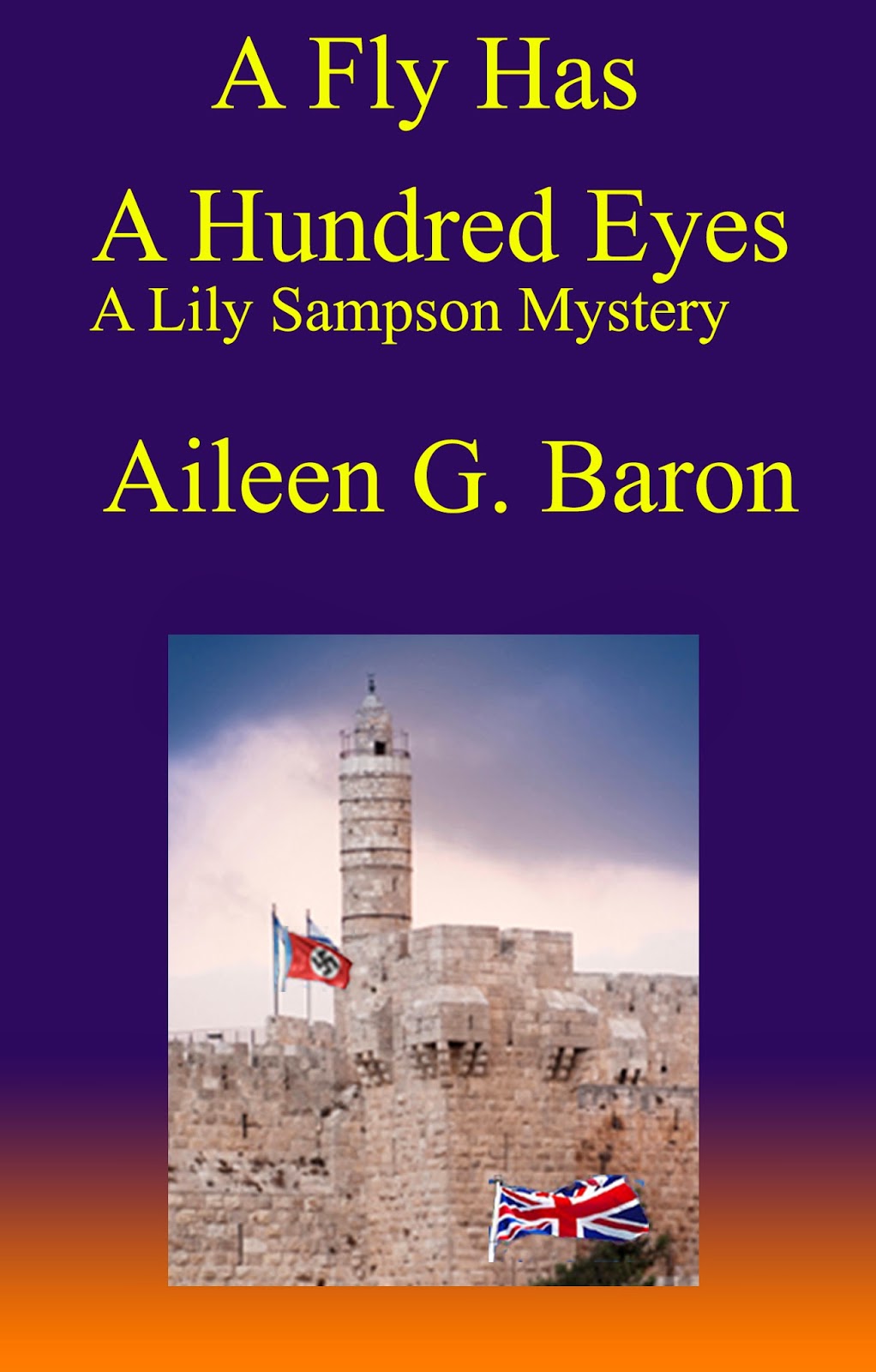 In the summer of 1938, Jerusalem is in chaos and the atmosphere teems with intrigue. Terrorists roam the countryside. The British are losing control of Palestine as Europe nervously teeters on the brink of World War II. Against this backdrop of international tensions, Lily Sampson, an American graduate student, is involved in a dig—an important excavation directed by the eminent British archaeologist, Geoffrey Eastbourne, who is murdered on his way to the opening of the Rockefeller Museum. Artifacts from the dig are also missing, one of which is a beautiful blue glass amphoriskos (a vial about three and a half inches long) which Lily herself had excavated. Upset by this loss, she searches for the vial—enlisting the help of the military attaché of the American consulate. But when she contacts the British police, they seem evasive and offputting—unable or unwilling either to find the murderer or to look into the theft of the amphoriskos. Lily realizes that she will get no help from them and sets out on her own to find the vial. When she finds the victim’s journal in her tent, she assumes he had left it for her because he feared for his life. Lily’s adventurous search for information about the murder and the theft of the amphoriskos lead into a labyrinth of danger and intrigue. This impressive historical mystery novel has already won first place in its category at both the Pikes Peak and Southwest Writers Conferences in 2000.

Aileen G. Baron has spent her life unearthing the treasures and secrets left behind by previous civilizations. Her pursuit of the ancient has taken her to distant countries—Israel, Turkey, Jordan, Greece, Britain, China and the Yucatan—and to some surprising California destinations, like Newport Beach, California and the Mojave Desert. She taught for twenty years in the Department of Anthropology at California State University, Fullerton, and has conducted many years of fieldwork in the Middle East, including a year at the American School of Oriental Research in Jerusalem as an NEH scholar and director of the overseas campus of California State Universities at the Hebrew University. She holds degrees from several universities, including the University of Chicago and a Ph.D. in Anthropology from the University of California, Riverside. The first book in the Lily Sampson series, A FLY HAS A HUNDRED EYES, about the murder of a British archaeologist in 1938 in British mandated Palestine, won first place in the mystery category at both the Pikes Peak Writers conference and the SouthWest Writers Conference. THE TORCH OF TANGIER, the second novel in the Lily Sampson series, takes place in Morocco during WW II, when Lily is recruited into the OSS to work on the preparations for the Allied invasion of North Africa, Operation Torch. In THE SCORPION’S BITE, Lily is doing an archaeological survey of Trans-Jordan for the OSS.

The author Aileen G. Baron has given us a clear  picture of what was happening in pre-World War ll through descriptions in the book. The book is full of suspense and danger. I love to read historical fiction and this was one that I am glad I was able to read. The characters and the events throughout the book are just what one would imagine. I give this book a 4/5. I was given this book to read by Partners in Crime Book Tours for the purpose of a review and all opinions are my own.