To The Wind By Ute Carbone Book Tour and Giveaway 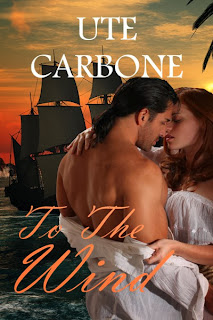 
In this sequel to Sweet Lenora, Anton and Lenora sail away from trouble in Rio de Janeiro only to encounter new problems. With only half a crew and a first mate that is hated and feared, they venture to San Francisco plagued by threats, mutiny,and illness. As they arrive at their destination, the ghosts of the past come back to haunt them and may prove to be the greatest menace of all. At each turn, the love they have forged is tested. Will it prevail?


My head and my heart had been filled with Lenora, yet I knew well how the disease had ravaged the crew. They were a rough lot, true, but no one deserved to die at the hands of such devilment as the yellow jack. “I know how bad things were aboard.” I cast my eyes to the door behind which Lenora slept.


“Then you must be aware such disease can linger. You suspect Rio, so you told me yourself, as the origin of your misery. Look how far you have carried the miasma. The ship is contaminated.”


“If it can but be saved. I’ve heard they use carbolic and lime. I would scrub down every inch of her if she could be spared burning. She is new, it is her maiden voyage, and we’ve yet to take her to the Orient. She would have broken the record from New England to SanFrancisco if not for foul weather off the Brazil coast. How I wish we’d never stopped in Rio port, yet we had no choice. We came from that port with but half a crew and still made ’Frisco in two months time. Two months, sir. It is a testament to the ship’s fine build and to her value.”


“There will be other ships,” was all Mather had to answer to my plea.


“Nay,” I said. “Her maker has died. There may never be another like her.” With that, I took my leave and went back into the room where my Lenora slept.

Ute (who pronounces her name Oooh-tah) Carbone is a multipublished author of women’s fiction, comedy, and romance. She lives with her


husband New Hampshire, where she spends her days walking, eating chocolate and dreaming up stories.


Books and Stories by Ute Carbone: 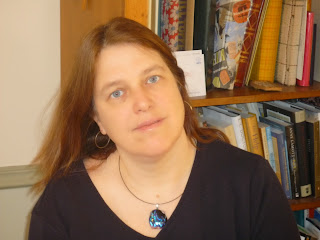 For more about Ute and her books, Please Visit:

GIVEAWAY INFO - 1 eBook copy of "Sweet Lenora" (Book One) Rafflecopter Code - a Rafflecopter giveaway
Posted by 3 Partners in Shopping at 12:39 AM