Sir Geoffrey Longford, Lady Alyse de Courcy is eagerly looking forward to her wedding. But when Geoffrey is forced to marry another, a heartbroken and possibly pregnant Alyse finds herself in her own private hell. She must either gamble with her reputation or marry someone she does not love.

A reputed connoisseur of women, Thomas, Lord Braeton, has dallied with many ladies of King Edward’s court, although he has favored none. However, as Geoffrey’s best friend, Thomas has sworn to serve and protect Alyse, an oath now sorely tested when he agrees to marry her—in name only—to guard her reputation. Yet, as they grow closer, and Thomas discovers Alyse’s sweet but spirited nature, he comes to desire a marriage in truth. Can he overcome her memory of Geoffrey or is Thomas doomed to burn with passion for a woman he can never possess?

If you would like to purchase the first part of the trilogy, Betrothal, it is available at Amazon  Smashwords 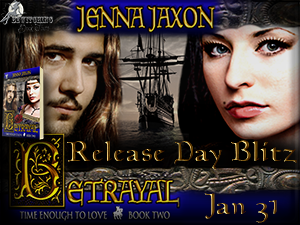 
“Geoffrey bade me give you this.” From beneath his cloak, Thomas withdrew a small purse, opened it and presented Alyse with a single sprig of lavender. “He picked it this morning ere I left and warned me not to crush it.”


Tears started at the sight of the bit of lavender. She wiped them carefully before she took the sweet-smelling flower from him. Raising the little plant to her nose, she inhaled its familiar scent. And remembered their interlude in the rose bower.


Thomas chuckled. “You and Geoffrey are certainly well matched. He did the self-same thing before he handed it to me.”


Alyse smiled with pleasure at the image his words conjured. “Thank you, Thomas. You are more than kind to have carried these messages from my lord.”


Thomas lifted her hand to his lips. “I am, as always, yours to command, my lady.” He kissed it, barely skimming the surface of her flesh.


It tickled, and she suppressed a giggle. “Will you take your rest now? You must be tired with your double journey in so short a space of time.”


Thomas stretched, the lines on his face making his weariness even more apparent. “Nay, I am off to attend the king. His Majesty will desire my report on how Sir Roland fares.” He smiled kindly. “However, should you have need of me, lady, you have but to summon me. I am at your service until Geoffrey’s return.” With a dashing bow, Thomas spun on his heel, his cloak swirling ’round him.


Alyse watched him go, savoring the words from her betrothed as she once again lifted the sprig of lavender to her nose. A token from her beloved she would cherish until his return. With a sigh for that day to come quickly, she pushed the door to the princess’s chamber open.


She tried to slip in quietly, hoping to be unobserved. Of course, everyone turned their gaze to the door the moment she entered. Alyse sped inside and crossed to the princess,

immediately sinking into a low curtsy. She waited, fearing the displeasure of the young woman who had only ever shown her kindness.


Princess Joanna paused before bidding her to rise. “Well, Lady Alyse, you were overlong at your prayers this morning, were you not?”


Alyse stood and nodded, unease sweeping through her.


The princess gave Alyse an eager look. “Are you doing penance for some...indiscretion?”


Her heart leaped into her throat. Guilt over her tryst with Geoffrey on the night of the tournament made her drop her gaze to her hands.


Lord, did she know? Did everyone?


Alyse fidgeted with the edge of her sleeve. She opened her mouth to deny the allegation—what else could she do with her reputation at stake?—when Anne spoke up. “Aye, Your Highness, she should have been on her knees all morning.”


Shivers of dread coursed through her. Anne had seen her that night. She knew.

Alyse gaped at her chamber mate, her mouth bone dry. How much would she tell?


The disagreeable girl continued to stare at her, arching her neck, a triumphant smirk on her face.


Eyes wide, Princess Joanna looked from Anne to her before leaning forward. “Is this true, Lady Alyse? What dire transgression have you committed?”

Jenna Jaxon is a multi-published author of historical and contemporary romance. Her historical romance, Only Scandal Will Do, the first in a series of five interconnecting novels, was released in July 2012. Her contemporary works include Hog Wild, Almost Perfect, and 7 Days of Seduction. She is a PAN member of Romance Writers of America as well as a member of Chesapeake Romance Writers. Her medieval romance, Time Enough to Love, is being published as a series of three novellas. The first book, Betrothal, released on April 19th. The second novella, Betrayal, will release at the end of January.

Jenna has been reading and writing historical romance since she was a teenager. A romantic herself, she has always loved a dark side to the genre, a twist, suspense, a surprise. She tries to incorporate all of these elements into her own stories. She lives in Virginia with her family and a small menagerie of pets. When not reading or writing, she indulges her passion for the theatre, working with local theatres as a director. She often feels she is directing her characters on their own private stage.

She has equated her writing to an addiction to chocolate because once she starts she just can’t stop.

Other Books by Jenna Jaxon:

Only Scandal Will Do--Historical Romance