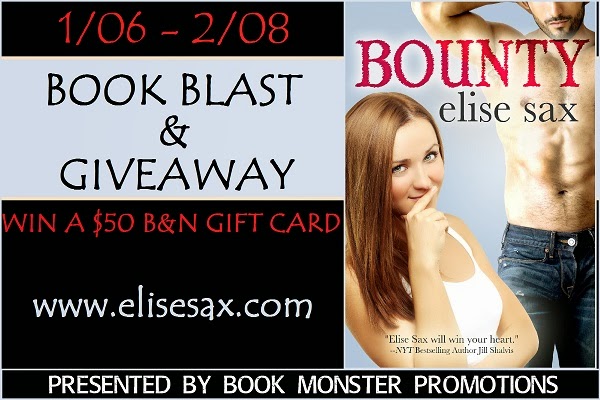 
Abby Williams just got a promotion.  The job in London comes with perks aplenty, including a trip to an exotic island to review a five-star resort with poolside service. Unfortunately, on day two of her vacation, Abby finds herself bound and stuffed into a burlap bag, on her way across two continents.


Iain Brodie is a muscle-bound mercenary. He just helped a despotic dictator take over an island. He's also Abby's kidnapper, and he has his own problems.  Framed for a murder he didn't commit and a boss who’s out to get him, he has to face facts:  Early retirement is out of the question and Abby Williams looks damned good in a burlap bag.


Elise Sax delivers another hilarious page-turner. BOUNTY is a sexy, wild ride, and is certain to appeal to fans of Romancing the Stone and National Treasure. 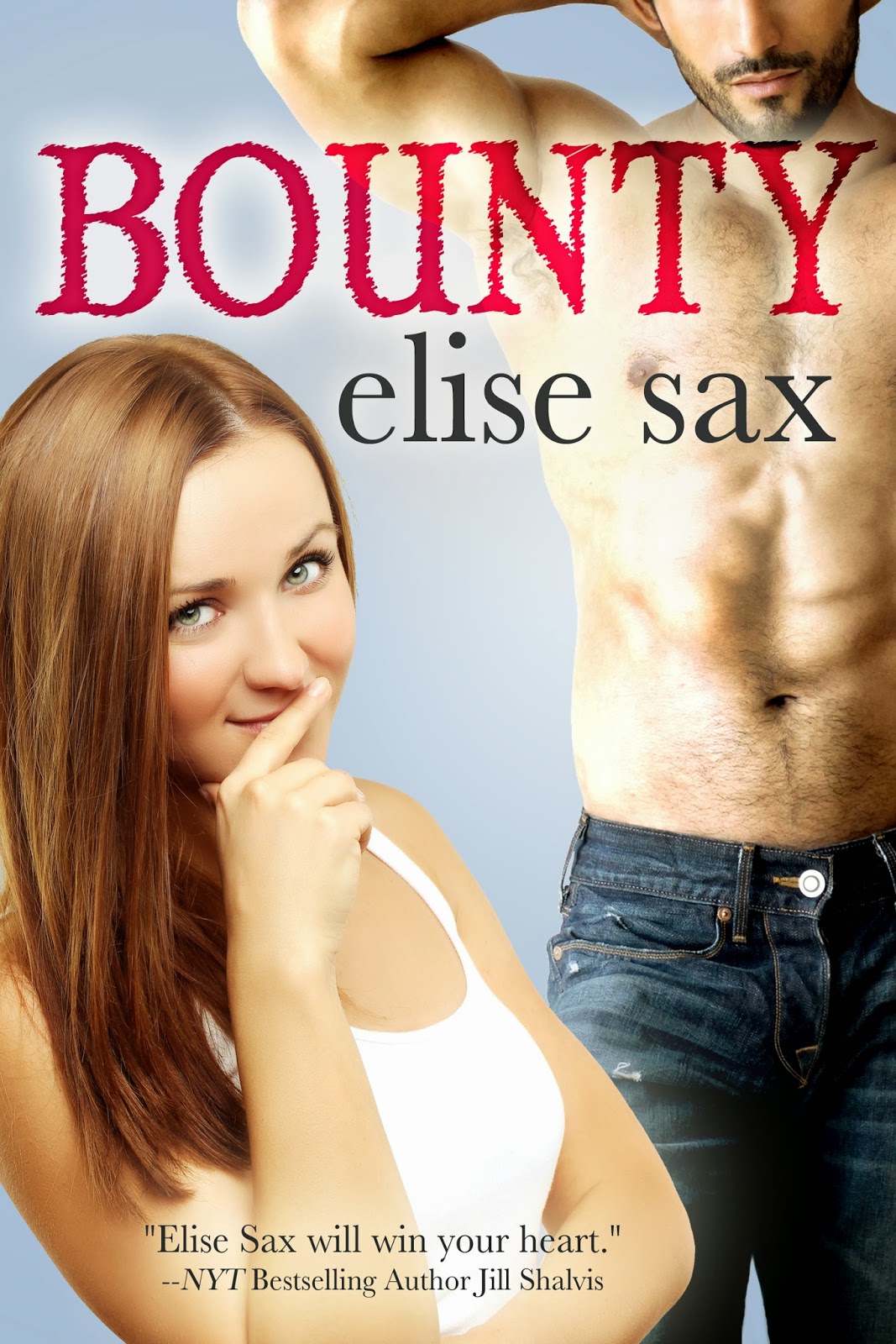 Praise for the novels of Elise Sax:


“Fans of laugh-out-loud romantic suspense will enjoy this new author as she joins the ranks of Janet Evanovich, Katie MacAllister, and Jennifer Crusie.”—Booklist


“A fun read sure to entertain.”—RT Book Reviews

“In the tradition of Janet Evanovich’s Stephanie Plum series . . . a funny, sexy ride.”—Valerie Frankel, author of Four of a Kind


I picked up the phone. “I thought we had a deal!” I yelled at Harriman. But it wasn’t Harriman.


I felt feverish at the sound of his voice. A warm wave of wonderful washed up my body making me want to remove my clothes at the first available moment.


“I thought you were somebody else,” I stammered.


“Somebody you made a deal with, it seems. Should I be worried?”


I was out. I couldn’t think of what to say. He should be worried, and it was my fault. I had made a deal to his detriment. I was a drain on him, and he didn’t even know it. He kidnapped me, but I had alerted the authorities about him. The feds were breathing down his neck, and he was oblivious. He sold me to a Chechen warlord, and I sold him out. Way out. Clean out. Out to sea. Out of this world.


I had to come clean. I had to warn him. Warn him about the authorities and warn him about me. He would hate me. He would never call me Princess, again. My tongue grew thick, and my throat closed. I thought, optimistically, that I was having anaphylactic shock. 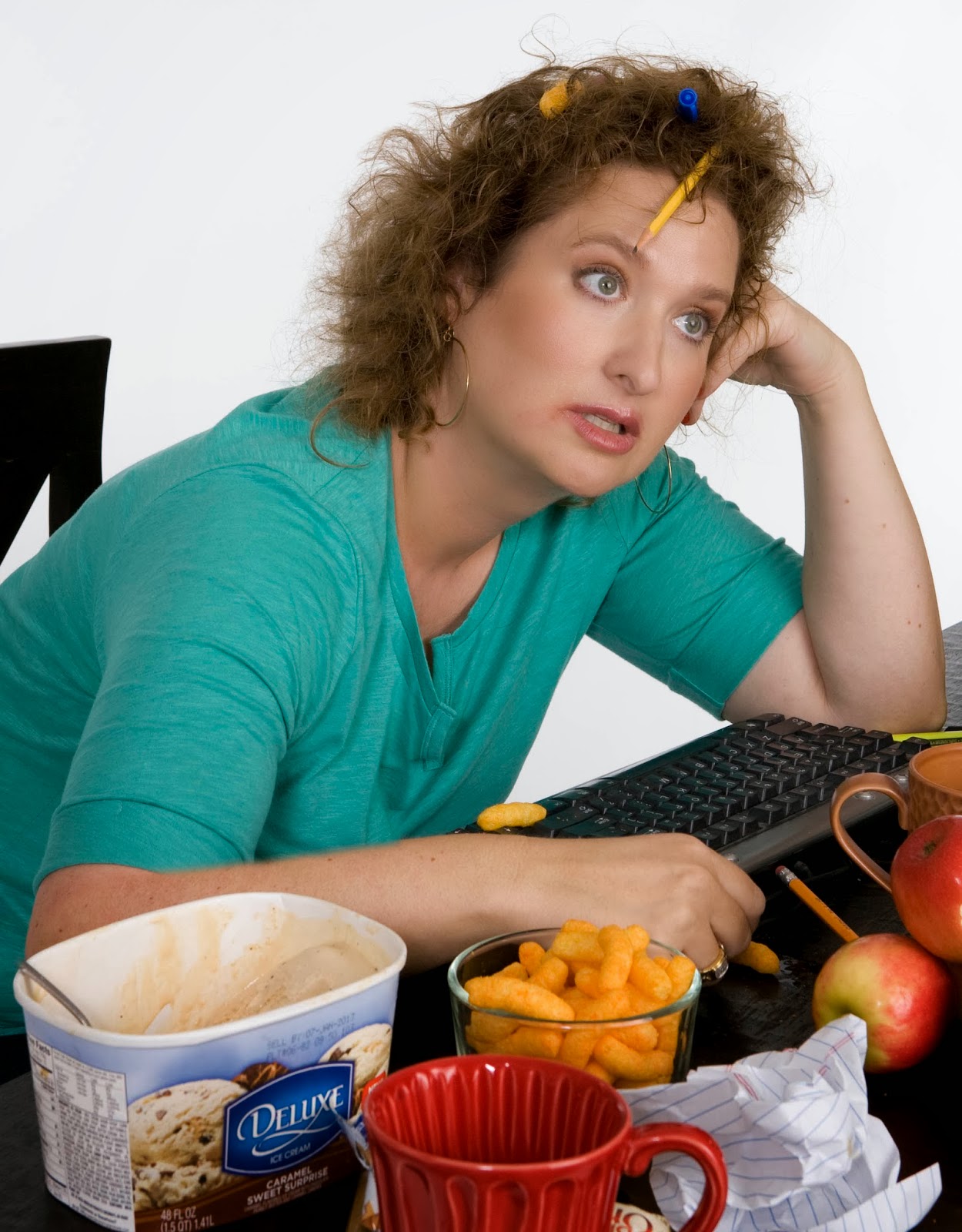 
Elise Sax worked as a journalist for fifteen years, mostly in Paris, France. She took a detour from journalism and became a private investigator before trying her hand at writing fiction. She lives in Southern California with her two sons. An Affair to Dismember is her first novel.


2/6 Miscellaneous Thoughts of a Bookaholic

2/8 Queen of the Night Reviews