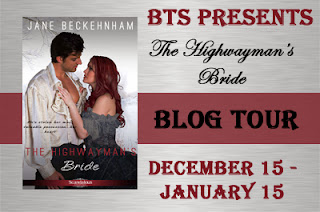 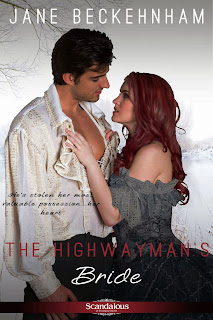 Compelled by her uncle to marry a man who has a predilection for violence, Tess Stanhope resorts to a ploy from her favorite novels to fund an escape—highway robbery. But her attempt is botched by a maddening, handsome rogue named Aiden.

Aiden Masters, the Earl of Charnley, is hell-bent on avenging his sister’s brutal treatment at the hands of the criminal Florian Nash. He single-mindedly seeks vengeance at the expense of all else—even by furtively roaming the highways at night.

At a London party Tess meets up with Aiden once again and blackmails him...marry her or she’ll divulge to society his clandestine life as a highwayman. She desires a marriage in name only—but the more time they spend fighting their desire, the closer they come giving in.

Excerpt:
“Stand and deliver.” Those three words made it all real, and the fantasy dissolved. Loosening her hold on the reins, she wrapped her free hand over the one holding the pistol and tried to steady it.
“Do as he says,” called a decisive voice, the icy tone echoing from the veil of darkness.
“What!” Her gaze switched momentarily to the other side of the copse as a rider and horse drew up alongside her. He brandished a pistol towards the carriage. Shock and fear ran in rivulets down her spine. She wanted to flee. Hide. But it was too late, and there was no going back.
Tess swallowed back her fear. “Who are you? What are you doing here?”
“Steady your pistol lad, or you’ll be dead in seconds.
”Lad? Lad? He talked to her.
“Don’t you want to share your takings?”
“Exactly.” She flicked her pistol toward the carriage driver, making sure he understood she meant business. “Hurry up.”
“Don’t shoot, don’t shoot. We’re simple folk with no money,” came a cultured voice. The carriage door slammed back and splintered.
“Don’t make them like they used to,” remarked the man on the horse beside her.
Her mouth pursed. “Go away.”
“No.” The ragged cloth tied across his mouth and nose muffled his voice. “Unless you want to get yourself killed, that is. These roads can be dangerous.”
Tess eyed him, and even in the dim moonlight witnessed a surprising twinkle in his eyes. “So why are you here? Should you not be tucked up safe and sound in your bed?”
“You need me.” 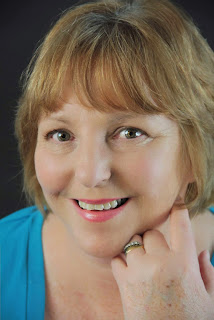 Multi-published author Jane Beckenham discovered dreams and hope, stories that inspired in her a love of romance and happy ever after.  Years later, after a blind date, Jane found her own true love and married him eleven months later.

Life has been a series of  ‘dreams’ for Jane.  Dreaming of learning to walk again after spending years in hospital. Dreaming of raising a family and subsequently flying to Russia to bring home her two adopted daughters. And of course, dreaming of writing.

Writing has become Jane’s addiction - and it sure beats housework.

Other books by Jane Beckenham are: