In New Orleans, justice is best served with a heavy dose of revenge, and Remy LeBeau intends to tip the scales in his favor. For good.


Forced to take a mandatory vacation from the Dallas PD, Remy leaves his girlfriend, Cody, to protect her from what’s to come. If there’s to be any chance for a normal future for the two of them, he has to face his enemies and finish what they started—alone.


Cody Lewis gave up on someone once before, but not this time. She needs to come to terms with Remy’s past and her own as she seeks him out among the historic and deadly streets of New Orleans. But she got more than she bargained for. Those who oppose her will find you don’t get in the way of a determined Texan; especially a woman in love.


As Remy closes in on the nameless faces who have controlled his life for too long, his ability to save himself and those closest to him is tested, putting everyone he cares for in grave danger. And this time, Cody may face the reality of his death. 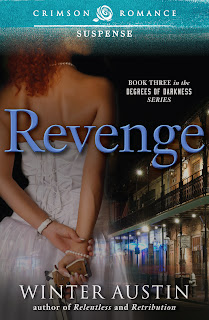 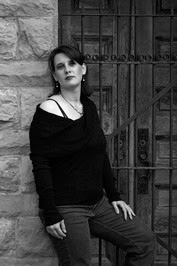 
Winter Austin resides in the Midwest with her Beta hero, four mind-boggling kids, and a bevy of pets. When she’s not trying to kill her characters in some form or fashion she can be found in the kitchen creating another culinary delight.