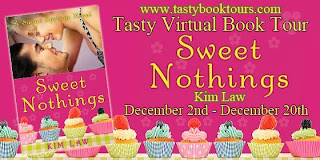 Blurb
Joanie Bigbee, cupcake baker extraordinaire, likes to keep her options open--and she's good at it. She's started and sold some 30 businesses in her postage stamp-sized Tennessee town, and at the moment she can be found in a short skirt and go-go boots, selling cupcakes out of the back of a converted Volkswagen van. What she moves on to next is anybody's guess. She knows better than to be tied down. In any way. She's watched every woman in her family fall head-over-heels, only to find themselves wondering how to pick up the pieces when love is lost.
When Nick Dalton shows up at the groovy cupcakery, all Joanie wants is a taste; a fling with no strings suits her just fine. But for Nick, a bite is not enough; he wants the whole cake: a big house, a family, true love. But love only makes you stupid, right? Joanie has to decide whether to follow where her free-spirit leads? or hold on to the sweetest thing she's ever known. 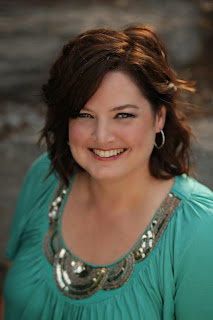 Author Info
Award-winning author Kim Law wrote her first story, “The Gigantic Talking Raisin,” in elementary school. Although it was never published, it was enough to whet her appetite for a career in writing. First, however, she would try her hand at a few other passions: baton twirling, softball, and music, to name a few. Voted “Bookworm” and “Most Likely to Succeed” in high school, she went on to earn a college degree in mathematics.
Law spent years working as a computer programmer and raising her son, and she now devotes her time and energy to writing romance novels (none of which feature talking raisins).
She is a Romance Writers of America’s RITA® finalist, a past winner of the RWA’s Golden Heart® Award, and currently serves as president for her local RWA chapter. Her books can best be described as a light-hearted mix taking her readers on a sexy, fun, and emotional ride. A native of Kentucky, she now lives with her husband and an assortment of animals in her Middle Tennessee home.

Excerpt;
“Prepare yourself.” Joanie squirmed in the seat. “You’ll have to kiss me when we stop.”


He shot her a lecherous look. “Darlin’, kissing you is no hardship.”


She shook her head. He was so full of himself.


He’d kissed her once years ago when they’d briefly considered hooking up, but it had fallen a little flat and she’d decided he was better as a friend, instead of her being one of his playthings.


“Don’t pull into the driveway.” She reached out and put a hand on his arm as if to stop him. “Stop on the road, back a little so you’re not directly under the streetlight, but enough to be able to see what’s going on in the car.”


“Don’t want to be too obvious?” Brian snickered.


“Don’t be a smartass.” She swatted at him as she scanned the area to make sure Nick was watching. She couldn’t find him in the shadows of her porch at first, but then made out a figure in the chair in the corner. She had to assume that was him. “I’ve got to teach him a lesson,” she added. “He took Gina out the other night just to irritate me.”


“Hold out and don’t give him any. That’ll teach him.”


Good idea in theory. But after acknowledging to herself the past few days that she couldn’t sit by and watch Nick be with someone else in that way, she was now rethinking her plan. Maybe they could have a little fling. They could keep it casual. If they both knew the rules going into it, what would be the harm?


Brian stopped on the street and put the car into park. He drove a sporty, two-door fitting perfectly with the “date” she’d been going for. “I heard he didn’t put out for Gina. What’s wrong with the guy? She’s a sure thing. Is he gay?”


“Definitely not gay.” Joanie turned in her seat to face Brian so they appeared more intimate, and leaned her head on his shoulder. “Put your arm around me.”


Brian complied. “Then what’s wrong with him?”


Joanie raised her hand to Brian’s shoulder and caressed. “Nothing. Do I look okay? Do we look natural?”


He flicked his eyes down the front of her shirt and grinned. “They look pretty natural to me.”


“Not those, smartass.” She smirked. “But thanks. Now get ready to kiss me. It’ll have to be a long one.”


He shook his head. “You do realize that man has it bad for you, right?”


“You’ve barely met him. How would you know?”


“Darlin’.” He cupped her cheek and angled his head to hers. She watched his gaze stray to her front porch before returning. “I don’t have to have another conversation with him to know he’s crazy about you.” He dipped his head and almost touched her lips. “He’s about five seconds away from snapping your porch railing with his bare hands.”
Rafflecopter Giveaway (Grand prize will be a cupcake basket with: A jumbo cupcake pan, A cupcake recipe book, Jumbo cupcake liners, Cupcakes sprinkles, A cupcake decorating kit, Cupcake measuring cups, An autographed copy of Sweet Nothings, And a cupcake recipe unique to my book)

a Rafflecopter giveaway
Posted by 3 Partners in Shopping at 12:59 AM