Leah Carpenter thought being the only witch in her local high school was hard. That was until she inexplicably found herself in the past running from an angry mob, which turned out to be much harder. Lionel, the man in charge of the mob, holds a grudge against a girl he calls Arabella. He thinks she’s Arabella.

Luckily, just about the time it looks as if she’s done for she pops back into her century. This causes trouble at school, but at least she has an understanding family.
What happens in the past can hurt her. The whiplashes covering her body are proof enough. Her Nana believes she has to right a wrong in the past to stay in the present and go out with her crush, Dylan. What she discovers in the past is an evil so pure that it makes her blood run cold. She might not ever make it back for geometry class or more importantly a possible date with Dylan.


Rayna Noire is an author and a historian. The desire to uncover the truth behind the original fear of witches led her to the surprising discovery that people believed in magick in some form up to 150 years ago. A world that believed the impossible could happen and often did must have been amazing. With this in mind, Ms. Noire taps into this dimension, shapes it into stories about Pagan families who really aren’t that different from most people. They do go on the occasional time travel adventures and magick happens. 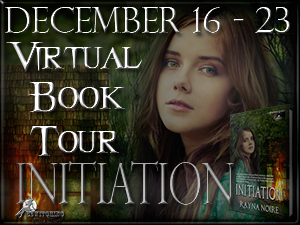