Daveigh Little is no stranger to bad choices, but when one of them lands her in hot water, she finds herself on the run from a ruthless criminal who places a price on her head…and then there is Ethan.

From the moment she first laid eyes on Ethan Remington, Daveigh knew there was something very different about him…she just didn’t know how different.

With the habit of showing up exactly when she needs him the most, Ethan displays an uncanny intuition towards Daveigh’s whereabouts. But then the tables are turned and soon Daveigh realizes that it is Ethan who actually needs saving.


The rusted chains squeaked in rhythm with the swing’s low arc. Somewhere in the distance, a raven cawed. Leaves fluttered about in a crisp breeze, adding soft whispers to the existing melody. Davey sat and let momentum propel her higher, trying to quell the thunder inside her mind as she thought of how things used to be.


Palmer hadn’t taken her home. Davey would never allow that. Instead, he dropped her off at the old, abandoned home of a dead woman who everyone in town used to love. A trail in the backyard twisted through the woods for about a mile and then ended in Resting Pines, a trailer park containing over a dozen single-wide mobile homes all in desperate need of repair. Every day, just as dark started to fall, Davey abandoned her thoughts and the swing set to take the path to trailer number six.


She hadn’t heard anyone walk up, so when the male voice called out the low greeting, Davey was startled. She turned around, saw the navy blue uniform, and almost bolted. Her eyes narrowed in recognition, but she didn’t relax. “No one’s breaking the law around here,” she said. “You can go away.”


The cop kept walking toward her. His mirrored aviators hung from his shirt pocket, so this time, Davey could see his eyes. They were a deep grey and reminded her of a sky considering a heavy rain. He was fairly tall. It was easy to see that his uniform hid a well-muscled body, one that probably looked damn hot naked. Had Remington not represented the type of authority Davey loathed, she might have considered him good-looking.


Losing interest, she turned in the swing. The cop was unwelcome, so Davey intended to ignore him. If he didn’t take the hint and go, she would. It was getting close to dark anyway.


Again, his voice broke through her thoughts. “What is a creeper?”


Davey started to spin around until she realized Remington was already in front of her. “Dude, what’s your problem?”


“As of right now, all systems are functioning normally.”


Laughing easily, Remington crouched down. It put him below eye-level, since she was still sitting in the swing. “Sorry.” He ran a hand through a high-fade of thick, dark brown hair. “I’m straight out of officer training. Before that it was military school. I may seem a bit stiff at times.”


“Great.” She pasted an unfriendly smile onto her face. “That’s exactly what this town needs.”


“I sense you are being sarcastic.”


For a moment, his brow creased in confusion. Then Remington looked away. Davey regretted making fun of him. He really didn’t seem like a bad guy. “Look,” she said, “it’s nothing personal. Today has just been kind of tough. That’s all.”


“Today has been rough for me as well. The department likes to have fun with the new kids.”


Glancing at the sky, Davey stood up. It was time to go. Officer Remington got to his feet as well. His grey eyes held her in place. “I didn’t mean to disturb you.”


She studied him for a long time. “A creeper is someone who does weird stuff like watch people sleep or bring up crazy stuff normal people wouldn’t talk about.”


He grinned. “Or stares at someone for extended periods of time?”


Maybe Remington wasn’t so clueless. Davey resisted the smile tugging at her mouth. “Yeah,” she replied shortly and started walking toward the trail.


Davey turned but kept walking backward. “If I meet you again, I’ll tell you.”


She had no idea she would see Officer Remington again before the night ended. 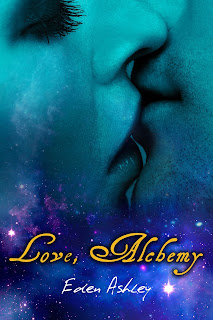 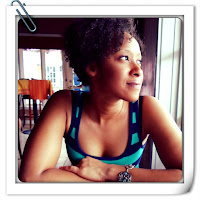 Realist, cynic, and hopeless romantic all rolled into one, Eden lives in a small, sunny town in SC where thunderstorms inspire her best ideas. When not daydreaming about her next novel, Eden can be found curled up with a musty old paperback and a cup of coffee...or mired deeply in her next plot to take over the world. She enjoys reading or watching anything with supernatural elements, so writing paranormal and fantasy romance is a natural fit.

Eden will be awarding a $10 Starbucks Gift Cards to two randomly drawn winners via rafflecopter during the tour.


a Rafflecopter giveaway
Posted by 3 Partners in Shopping at 11:27 PM