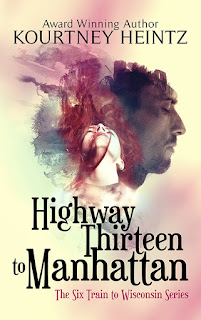 Kourtney Heintz writes award-winning cross genre fiction that melds paranormal, suspense, and literary into an unforgettable love story. For her characters, love is a journey never a destination. Her debut novel, The Six Train to Wisconsin, has been on the Amazon Bestseller lists for Psychic Mysteries and Paranormal and Urban Fantasy.


Kourtney resides in Connecticut with her warrior lapdog, Emerson, and three quirky golden retrievers. Years of working on Wall Street provided the perfect backdrop for her imagination to run amuck at night, imagining a world where out-of-control telepathy and buried secrets collide. As K.C. Tansley, she writes bestselling YA time travel murder mysteries.


She has been featured in the Republican American, on WTNH’s CT Style, and Everything Internet on the radio. She has a B.S. in Business Administration from Georgetown University with a double major in finance and international business and a minor in Chinese. She received a Master of Pacific International Affairs from the University of California, San Diego.