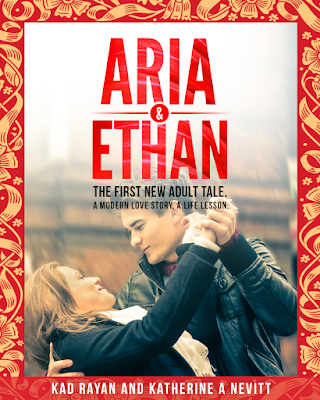 A car accident. Aria is broken. Ethan is her first love but… he’s also her ex-boyfriend.
Do you think True Love can do miracles?

Aria is booktarian (a person who reads a lot of books). She's pursuing her dream of becoming a writer.

But what to do when your life comes crashing down?

The main storyline is the relationship between Aria and Ethan her ex-boyfriend, leader of a rock band and still in love with her. Ethan's dedication and love never fails to inspire her.

Do you believe you can help someone who doesn't want to be helped?

This book is about hope and love. An inspirational Love Story. A Life Lesson.

"He held her hand and began speaking; “I was an idiot all those years ago when I refused to move in with you. Aria, I was scared of the commitment but I’m not scared anymore.""

If you like heart-wrenching love stories with a Powerful Life Lesson then you’ll love Aria & Ethan. The first tale in a YA contemporary series. Graseen Ville series.

“Aria stop being so stupid!” he hissed at her as though he had had enough, “You are going to do your treatments and you are going to get better.”
“No I am not Ethan! Its over! Just leave me alone!” She gritted her teeth against the tears that threatened to stream down her face.
Ethan dropped down on the floor beside the bed then knelt in front of her. He grabbed hold of her hand and held it so tightly that Aria was forced to feel it.
“Aria, I need you to stop this,” he told her, staring her in the eye as though he was trying to push the words into her mind, “I need you to get better because I need you. Aria I love you and I have always loved you. I can’t imagine my life without you.” Tears started flowing. She saw the seriousness on his face and it made her weep. There was nothing she could do but cry.
“Ethan, please leave me alone,” she wept, “I can’t do this.” Her heart pounded as she saw the bitterness on his face. She wanted nothing more than to throw herself into his arms and take that look off his face but she couldn’t take him down with her. There was no way she could let him give up his dreams to take care of her for the rest of his life. She had to be harsh to be kind.
Ethan looked down at their hands and she was sure that he was going to cry. She wanted to tell him not to. She wanted to tell him that she loved him too and that she wanted to fight for him but she couldn’t hold him down.
“Dad wants me to go on a business trip to New York for a few weeks. I told him that I couldn’t because you need me but I guess I should go and leave you alone,” He sighed as he stood up, dropping her hand from his own”…

… The front door of the house clicked shut as Ethan left the room. She wanted to get up, run to him and tell him not to go but it was never going to happen. Her heart pounded as she realized she had broken her own heart. There was nothing she could do but let him leave. From the way he had spoken he made it sound as if he wasn’t going to come back. The thought of never seeing him again made her feel sick. She wanted to shout out to him and call him back but she couldn’t even manage to open her mouth. 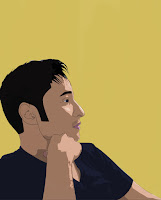 Kad Rayan writes YA books to convey emotions and give readers a tool to increase their experience of life.  He's a big fan of One Tree Hill TV show. That’s why his stories are set in the fictional small town of Graseen Ville, North Carolina.

GIVEAWAY:
a Rafflecopter giveaway
Posted by 3 Partners in Shopping at 12:42 AM