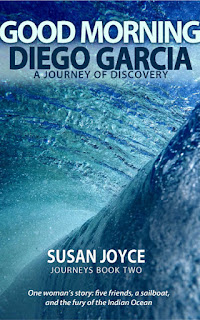 
When Susan and Charles receive a letter from Cyprus friends, now in Taiwan, they get a chance to help crew a sailboat from Sri Lanka across the Indian Ocean. They have no clue what to expect. Susan reminds Charles she isn't a good swimmer. He tells her a life jacket will do the trick, and convinces her it's the opportunity of a lifetime. A must-do travel adventure. They say goodbye to friends and family in sunny California, fly to New York and on to India, arriving the day the Indian government has issued a state of emergency. And then onto the boat, and into the ocean. In monsoon season. With no charts.

In this true-life travel adventure, Susan keeps a journal and record her bizarre thoughts and telling dreams. A real life thriller, Susan's monsoon-season journey is about discovery and spiritual realization—one dream at a time.


“No,” I answered. “I wish I could stop the world and get off. I wish I was experiencing another life in an alternative universe. A calmer one.”


I was surprised to see Mia smile. “A previous life.”


Charles looked disturbed by the conversation and shook his head in disbelief. “Susan,” he said, “enough!”


I stopped talking when I noticed Dylan had joined us.


Mia looked at him like she had seen a ghost.


“And we will carry on sailing through eternity,” Charles said.


Looking concerned, Dylan shook his head and went back to his room. 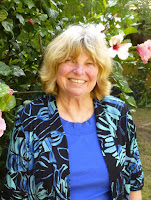 Born in Los Angeles California, Susan Joyce spent most of her childhood in Tucson, Arizona and returned to LA as a young working woman. Inspired as a child by postcards from her globe-trotting great aunt, Susan left the United States at age 20 to see the world.


She planned on being gone for a year, but ended up living her 20s and 30s in Europe and the Middle East. As a Jill of all trades, she worked as a secretary, freelance writer, taught computer classes, wrote songs, and became an accomplished artist while writing her first children's book, "Peel, the Extraordinary Elephant."


An award winning author and editor of children's books, Susan's first adult book in her memoir series, "The Lullaby Illusion--A Journey of Awakening" is a travelogue of the politics of Europe, the United States, and Israel during a twelve year 'roller-coaster' period of her life and an adventure of survival through friends and sheer determination.


The Lullaby Illusion was awarded


Her second memoir, "Good Morning Diego Garcia" is about her adventure from India and across the Indian Ocean in monsoon season in 1975.


Stop in and say hello to Susan here: https://www.facebook.com/AuthorSusanJoyce/?fref=ts