Summary from Goodreads:Seventeen-year-old best friends, April and Kyle, are thrown into the final battle of the Titan and Olympian war. Locked into an endless struggle, the Immortals have finally reached a solution - bestow mortal Champions with control over the elements to wage their final campaign.

Bestowed with control over fire and water, April and Kyle were raised by Immortals with a single purpose - win the war. After finally uncovering the remaining Champions' identities, April and Kyle must launch themselves into their final battle for survival. Winner takes all. But the Immortals are growing restless, and time is running out. 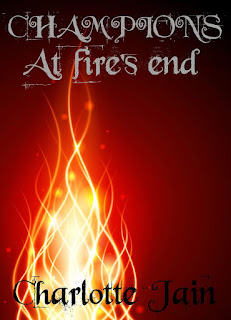 
Charlotte Jain is an Arts graduate from Melbourne and the author of the Champions series. When not scrawling exciting YA tales filled with magic and adventure, Charlotte enjoys travelling the world and snuggling up on the couch watching movies.


Website│Goodreads│Twitter
Posted by 3 Partners in Shopping at 11:58 PM