The last thing rancher Rory Kendrick expects to find when he’s searching for his missing cattle is a genuine damsel in distress. After rushing to help, he can’t help wanting to do anything he can for this lovely but damaged woman. But even his kind deed won’t get Sadie to tell him who’s responsible for hurting her. 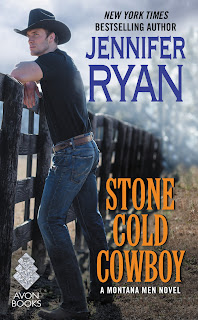 Sadie is trying to hold onto her family, and her life. With an ill father who’s refusing treatment and a younger brother who has fallen in with a dangerous crowd, she’s beginning to feel like she can’t save anyone, least of all herself. When her brother owes money to the wrong people, Sadie tries to pay off his debts, but she doesn’t have the cash. The one person who might be able to help her out is the last person she wants to involve in her family drama, but Rory won’t take no for an answer.


Rory is all about family, but sometimes you’ve got to let go. If you can’t save them, save yourself. Sadie’s been dealt a bad hand she refuses to fold. Because he loves her, he’ll do anything to keep her safe and give her the happy life she deserves, even betray her trust to take down her brother. 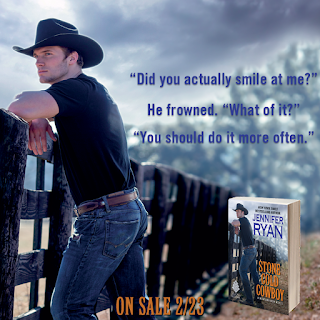 
Jennifer Ryan is the New York Times & USA Today bestselling author of The Hunted Series and The McBrides Series. She writes romantic suspense and contemporary small-town romances featuring strong men and equally resilient women. Her stories are filled with love, family, friendship, and the happily-ever-after we all hope to find.


Jennifer lives in the San Francisco Bay Area with her husband and three children. When she isn’t writing a book, she’s reading one. Her obsession with both is often revealed in the state of her home and in how late dinner is to the table. When she finally leaves those fictional worlds, you’ll find her in the garden, playing in the dirt and daydreaming about people who live only in her head, until she puts them on paper.


Rafflecopter Giveaway (a set of Print editions of the Montana Men books 1-3 (AT WOLF RANCH, WHEN IT’S RIGHT, and HER LUCKY COWBOY) *US only)

a Rafflecopter giveaway
Posted by 3 Partners in Shopping at 12:21 AM