The Boy Who Wields Thunder by Gibson Morales Book Blitz 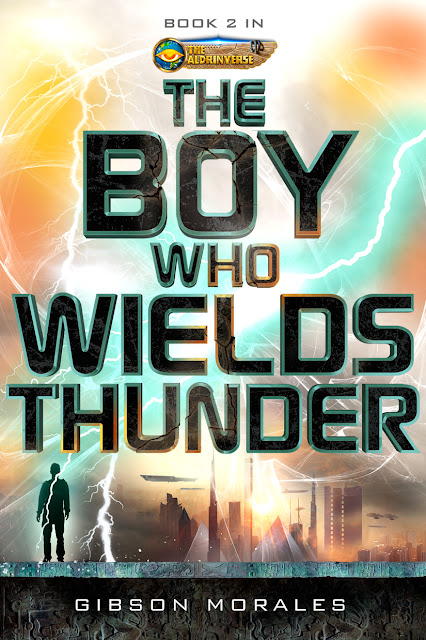 The Boy Who Wields Thunder

In 2060, the Naga are in charge. Humanity lives off of 1940s technology and teenagers are expected to spend their post-graduation lives serving a Naga overseer. Living with his adoptive parents in an upscale human city, Olton Sorrell has studied hard to have a great career serving under his father’s Naga friend.


But as graduation nears, Olton meets the enigmatic Orun, a Naga who reveals the truth about his species’ arrival on Earth and sympathizes with the anti-Naga human resistance. Upon learning the secrets of the Naga, Olton must choose whether to stay true to his family or true to his past. What will happen if he does the unthinkable and serves Orun instead of his father’s friend?

Olton’s decision will take him to the labor camps of a land once called Greece. Now a slave under the Naga, he is assigned to a top secret operation that may change the world. As Olton navigates dangers both ancient and new, two questions trouble him. What are he and his fellow slaves digging for? And what will he do once they find it?

The bones of a large animal were scattered through the dirt. Only when he saw the skulls did he know they were several animals. A couple of cows. Maybe goats. Each with an unsightly pair of puncture marks. He hastened his steps, something jagged catching inside him.


Olton grimaced. The word itself sparked an unrelenting dread in him.


Ebdon cleared his throat three times in telling it. “When I worked in the mines of Quadrant One, we used to spend our free time out in the jungles. I was only a kid, and my tribe would try and scare me with stories of El Chupacabra. The goat-sucker. According to the legends, it terrorized livestock decades ago.”


“Good thing we’re not goats,” Sarvo said, his attempt to suppress his nervousness not very convincing.


A faint rumble under Olton’s feet sent his eyes to the ceiling. It still looked intact.


Ian started to answer, but a high-pitched siren blared too loud to hear.


Olton’s pulse quickened as he determined the origin. Then to his horror, he registered the cracks splitting in the ground at the edge of the chamber. Twelve openings formed with a mechanical cry that he thought


would make his ears bleed.


Olton glanced at the others. The looks of shock on their faces begged him not to turn around. So naturally he did. The horrific beasts that funneled out resembled chimera. But instead of gun fixtures on their backs, rows of spines snagged up. And they were organic, not mechanical. Muscles bulged under coats of orange-brown fur. The only sign of weakness were the grooves of their ribcages. As his eyes met one beast’s, it snarled, baring the daggers in its jaw. The chimera-chupacabras closed in, in a stalking motion typical of a tiger. Olton checked the door they’d entered through. The chupacabras had cut them off. 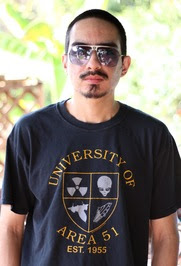 About the Author
Gibson Morales is the author of the young adult novels, The Deadliest Earthling and upcoming The Boy Who Wields Thunder, as well as the satirical novel, Johnny Ali vs America. He publishes these under his imprint, Mo Bros Books, which he formed with his brother and writer Vicente. Gibson graduated from USC and lives in Los Angeles. When not writing, Gibson enjoys boxing, most things geek-related, truth-seeking, and, occasionally, satirizing.