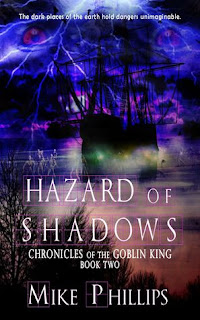 The enchanted creatures of legend still exist, taking refuge from an age of camera phones and government labs in a secret place called the World Below. After leading a revolution against Baron Finkbeiner, the despotic ruler of the World Below, Mitch Hardy has taken the throne. Unknown to him, ancient powers are at work. The Lords of Faerie seek to revenge the death of Baron Finkbeiner and recover the mysterious Blade of Caro. Soon Mitch is fighting for his life against hellish monsters, the likes of which he never imagined. 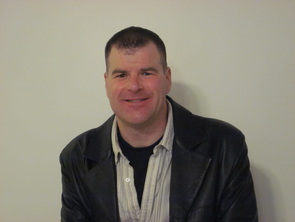 Mike Phillips grew up on a small farm in West Michigan, living much the way people did at the turn of the century. Whether it was growing fruits and vegetables or raising livestock, Mike learned the value of hard work and responsibility at a young age.

While his friends spent their summers watching reruns of bad sitcoms, Mike’s father gave him a very special gift. He turned off the television. With what was affectionately referred to as “the idiot box” no longer a distraction, Mike was left to discover the fantastic worlds that only exist in books. When not tending sheep, gardening, building furniture, chopping wood, or just goofing off, Mike spent his time reading.

With all that hard work at home, Mike was always eager to go to school. He excelled as a student and went on to pursue a career in the sciences. Working as a Safety Engineer in the Insurance Industry, Mike soon became bored with the corporate grind. Writing engaged him like nothing else. After a few novels and numerous short stories, he thought getting published would be a pretty neat idea. And so, here it goes…