Rushing to Die by Lindsay Emory Virtual tour and Giveaway


In the second installment of Lindsay Emory’s Sorority Sisters Mystery series, chapter advisor Margot Blythe must expose a sorority row assassin … before she becomes the killer’s next target.


Three months into her tenure as the Sutton College Delta Beta chapter advisor, Margot Blythe has the sorority in tip-top shape, just in time for sorority rush. Snapping and stomping in perfect synchronization, everyone is hopeful that after this rush, Delta Beta’s reputation as “the murder house” will be forgotten.

Until a body is found in the Delta Beta backyard. Again. The woman is found wearing a Delta Beta shirt, which is troublesome enough; even more distressing, no one in the chapter recognizes her. Unwilling to let a minor inconvenience like potential murder spoil the social calendar, Margot gladly hands off the investigation to local police cutie Ty Hatfield, while the Delta Beta girls throw themselves into rush preparations.


But when another body is found, with the terrifying possibility of more to come, Margot does the only thing a responsible advisor can do and demands that rush be canceled, making enemies in every house on sorority row. When the resulting furor starts to get dirty, it’s up to Margot to uncover some nasty messes tucked away in the sorority closets—to save her sisters’ reputations, and their lives. 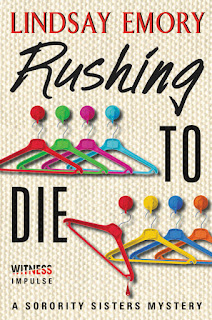 A witty, engrossing mystery for fans of Susan McBride. 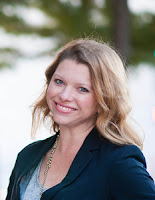 Author Info Lindsay Emory is a native Texan and recovering sorority girl. She is also the author of the contemporary romance KNOW WHEN TO HOLD HIM.