The aftermath of the wildfire has caused undesirable events to unfold in Everealm. When something precious is taken from Junacave, Bree and the others must hunt down a wizard and retrieve a stolen amulet in order to save their beloved. Little do they know, the amulet may very well be hiding secrets of its own.
On her journey to a better life, away from Labara, Rianne discovers that being on her own is more challenging than she had predicted. Determined to escape her betrothal to King Carneath, she must do everything in her power to avoid being captured or else face a certain life of misery. Along the way, she stumbles upon a new ally, who may be the answer to her prayers.

Bonds are broken, relationships are tested, and new love is forged under the Blood Moon, Book Three of the Everealm Series.Adult content. Intended for mature audiences.


About the AuthorWriting has always been a hobby of mine, beginning as a young child. It was a way to cope with losing my father at seven years of age. I started with poetry and was featured several times on the amazing poetry blog, Autumn Leaves, by Sondra Ball. My love for poetry soon led to writing songs in middle school and beyond, which I still do occasionally. Music has always been an important part of my existence, so writing songs came naturally to me. In high school, I started my own novel, however, life got in the way and I never finished it.


Fast forward many years later and I find myself married with three children, absorbed in my busy life with commitments to my family, work, school, church, and charities, among other things. One day I came across my old binder, with notes from my first novel, and it was with those notes that I conjured up the elusive Everealm. 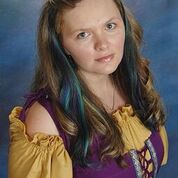 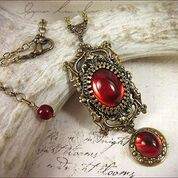