The Troutbeck Testimony by Rebecca Tope Book Tour and Giveaway 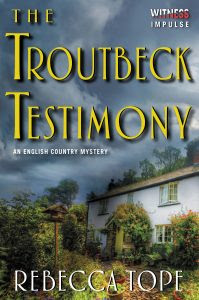 A huge funeral for Windermere's popular resident, Barbara Dodge, is taking place and florist Persimmon 'Simmy' Brown and her new assistant, Bonnie Lawson are busy compiling wreaths in preparation. There's word of a series of sinister dognappings occurring in nearby Troutbeck and whilst taking a walk up Wansfell Pike, Simmy and her father, Russell, stumble on a dog, strangled to death – it's not long before Simmy reluctantly finds herself caught up in a murder investigation…

Grab a copy of The Troutbeck Testimony on Amazon 🔗, Barnes & Noble 🔗, & Add it to your TBR list on Goodreads 🔗! 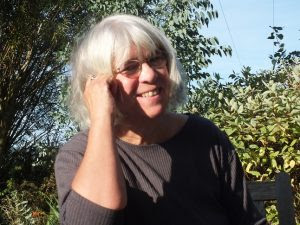 Rebecca Tope is the author of four murder mystery series, featuring Den Cooper, Devon police detective, Drew Slocombe, Undertaker; Thea Osborne, house sitter in the Cotswolds and now Persimmon Brown, Lake District florist. She is also a “ghost writer” of the novels based on the ITV series Rosemary and Thyme.


Catch Up with Ms. Tope on rebeccatope.com 🔗 or on twitter at @RebeccaTope 🔗.


Don't Miss Out On Your Chance to WIN!

This is a rafflecopter giveaway hosted by Partners In Crime Virtual Book Tours for Rebecca Tope & Harper Collins – Witness/Impulse. There will be 3 US winners of one (1) eBook copy of The Troutbeck Testimony by Rebecca Tope. This is subject to change without notification. The giveaway begins on October 22nd and runs through November 25th, 2016.