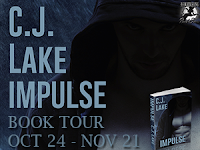 
I couldn't believe my luck, seeing Cady Killoren at the bar and finding out she no longer had a boyfriend. Then ending up at her place later that night... She had her guard up, but there was no denying what was happening between us. I wasn't sure how to play this, I hadn't exactly been honest with her. I only knew I wanted more of her...and then things got complicated.


It was one impulsive night--totally unlike me! I can't even blame it on the drinks. That night with Mick was pure chemistry. I never would've guessed that the next time we met it would be in a crowded restaurant, being introduced by my dad! And I would find out that everything I thought I knew about Mick was a lie. There are a lot of reasons why I need to resist Mick Croft... Easier said than done.


“So where does that leave us?”


“You and me,” he said softly and inched even closer—which only reminded her how good he smelled.


“N-nowhere,” she managed to eke out. Remember your resolve, she told herself. Distance, not flirtation.


“C'mon, Cady,” Mick murmured, “that's it?” For a moment, she just looked up at him. “Don’t we deserve another night?” The husky strum of Mick’s voice nearly sent shivers through her. “We could even make it ‘no strings’ since that’s what you’re into?” he suggested playfully.


Please, that was so not what she was into; in fact, she’d tried it just once—with Mick—and look at her. Still wanting him, still thinking about him.


“No to no strings?” he questioned.


Inhaling sharply, Cady replied, “No to all of it.” Though his face was inscrutable, she sensed that Mick was as unconvinced as she felt, so she doubled-down. “We can't hook up again.”


She fought a sudden carnal reaction that sent her pulse leaping and made her cheeks flush. For an insane, overheated second, she imagined what else they could have done that night—


Abruptly, she caught herself. What am I doing??


Was she that weak? That hot for this guy? Where was her resolve?


To regain a sense of control, Cady straightened her posture (always a pretty good precursor to prissiness). “Mick, we’re forgetting that night, remember?”


“You have no choice,” Cady replied crisply. “I’m still annoyed with you.”


With a roll of his eyes at that, Mick said, “Jesus, how long are you going to be mad about a couple of white lies?”


Obviously he was determined to brush off his insincerity at Donovan Shay's. Their very first meeting had started with a pointless lie and apparently Mick didn't see a problem with that. “A lie is a lie—no matter how you color-code it.” Before he could say or do something to change her mind, Cady pressed on, “Besides, can you really blame me for being turned off? Considering that you...”


“...got me into bed under false pretenses,” she managed.


Then Mick had the nerve to laugh. “Got you into bed? C'mon, you must be kidding. Cady—we barely did anything!” His voice was gruff as he leaned his face a fraction closer to hers, adding, “And if you want to be accurate here, it was more like you got me into bed.” When she didn't immediately protest, Mick continued, almost glibly, “What could I do? You were pressing up close to me with those big blue eyes…that mouth…waiting for me to kiss you, practically challenging me to kiss you…”


“I was not,” Cady protested weakly, her voice soft and almost cracking.


Somehow their faces had drawn closer, and Mick's mouth was only a few inches from hers. She could almost feel his breath on her lips. “You were,” he murmured thickly, his deep voice making her burn. She felt heat spreading through her body, as perspiration broke on the back of her neck. It suddenly felt like it was 110 degrees in that kitchen. She was way too close to kissing him all over again.


And she panicked. “Oh, my God, you're doing it again right now!” Cady whispered, hoping no onlookers had noticed how much Mick was affecting her. A little flustered, she took an abrupt step back--then one more, just to break the spell.


Straightening up, Mick sighed. “All right, forget it. Like I said earlier: let's not argue. Obviously you just want to stay mad at me.”


“And obviously you're impossible to reason with.”


“And you're frustrating as hell.”


They both looked and saw Torie. “No, stay,” Cady insisted, feeling like she needed her friend there before she made an even bigger fool of herself. Obviously Cady didn't have to be a Psych major to realize that most of her fury with Mick at the moment was driven by suppressed desire. Sure, if life were simple, things might be different and Cady could do what she truly wanted—which was basically a repeat of everything they'd done last weekend, and then a bunch of other stuff that, according to Mick, they'd left out.


“Yep. So, how's the private security business?” she asked sarcastically.


At least Mick had the good shame to cast his eyes downward for a moment, as if to say he had no defense. Finally, a shred of humility!


Smiling sweetly, Torie added, “By the way, tell your friend, Quinn, that he's full of shit.”


With an effacing half-grin, Mick replied, “Believe me, he knows that.”


Turning her attention back to Cady, Torie said, “Well, I didn't mean to interrupt, but I was only coming over to warn you.”


Reflexively, Cady's forehead pinched with concern. “Warn me about what?”


“About the freakishly small world we live in,” Torie said, forcing a smile—which only worried Cady more. “Um, okay...Wes is here.”


C.J. Lake is a storyteller who is passionate about art, surfing, and skiing/snowboarding. She is the author of Constructing Us, A Hot Winter, Sky High, and Impulse. Residing near the coast of Massachusetts, C.J. is currently working on a new book.


Readers can get in touch via email writercjlake@gmail.com