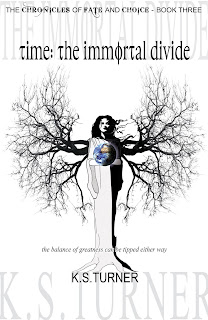 
The Chronicles of Fate and Choice trilogy


This is when it will change.


For them. For us. For everyone.


This is when all those named gods will fight to the end.


This world and all worlds are fated to end. The prophet, Jychanumun, has tried to prevent it. He has spent millennia walking between life and death to find a way. The powerful Shaa-kutu have tried to prevent it. They have fought with wits and weapons and given their all. Despite their best, nothing seems capable of stopping the formidable Arrunn from completing his final fateful move. So, can Tachra change that fate?


Tachra stands between shadow and light. She has no tools or weapons, only the Earth power and true-vision. Perhaps her fellow humans will ascend to greater knowledge and unlock a new discovery. Or, if she can decipher the Book of Fate, perhaps that will hold a key to saving them all. But when that last prophecy comes, will she make the right choice?


After all, that fate has already been written:


"If any survive, it will be known as the three day darkness. If none survive, the darkness will swallow all." 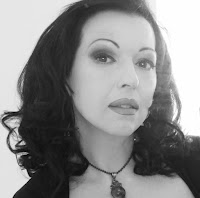 
Originally trained as an illustrator and designer at Saint Martins School of Art and at Middlesex University, KS Turner turned to fiction when she saw the limitless possibilities of connectivity it offered. Before her shift in career, she worked as a fashion designer for major high-street brands, a graphic designer for musicians, and a product designer for corporations, as well as dabbling with designing technology, sustainable energy, and textiles.


A vivid series of dreams were the inspiration for the Chronicles of Fate and Choice books. Kate initially tried illustrating her dreams, but found the medium too limiting for the story she had seen, so began writing. At first she didn’t have any intention of writing novels, but the books soon started to come together.


Her first two novels, Before the Gods, and Tumultus, were featured in many magazines, won book of the month with Spirit and Destiny magazine, fantasy of the year with Bookbag, and the ‘Must Read Now’ awards with SciFiNow magazine.


When Kate isn't writing, she draws, paints and sculpts as well as studying maths, science, theology and philosophy. She loves to play music, explore, nurture nature and spend time with friends and family. She lives in Somerset.

November 7 Spotlight
Sylv all about books and films
http://www.sylv.net
Posted by 3 Partners in Shopping at 11:56 PM