Summary;Seventeen year old Lisa Brown’s life is falling apart. First, her mother and father divorce, then their house forecloses and now, her mother has decided to commit herself to a psychiatric hospital.

If that weren’t enough, she must leave sunny south Florida to attend a boarding school full of geniuses in cold, Lynn, Massachusetts. The city where the locals chant “Lynn, Lynn, city of sin; you never come out the way you went in.”

And, they aren’t kidding. Lisa must live in a tiny shack with two strange teenagers, a dog named Pig who growls when you look at him and a cat named Rat. “Mind the cat,” everyone says. What the heck is wrong with this place?

Lisa thinks she’s landed in her own house of horrors with the anti-social Alex and his facetious sister Ally. But, the real drama begins the day she is struck by lightning… 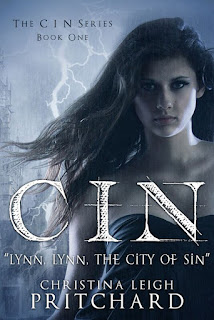 Excerpt ;
Pig barked and snarled. I jumped up. I’d fallen asleep. What time was it? Midnight… Maybe Aunt Millie was home. I flipped on the light. Pig stood in the doorway with his hair raised and his teeth bared. But, this time it was not at me. He was vicious. The little ten-pound pug-nosed dog scared me worse than a Doberman Pincher or Pit Bull.
“Who’s there?” I twisted my head around the corner. Pig did not get upset that I stood so close to him now. His only concern was for the dark shadowy figure crouching in the hall. Was it the cat? What was wrong with the feline? Did she have rabies and they wouldn’t put her down or something? My eyes adjusted and I squinted to get a better look at the invader.
It was a human, for sure.
We were being robbed. Why else would Bipolar Pig be attacking? I needed something to defend myself with. I looked around the barren room. The only thing with substance was the shelf bolted into the wall. I doubted Alex’s parents would approve of me ripping their shelf off the wall but what else could I do? My heart pounded. I looked under the bed and spotted a painter’s stick with a purple tip. I grabbed it and held on tight. My fingers trembled and I couldn’t breathe.
Pig snarled and snapped at whoever lurked in the hallway. Footsteps echoed in my ears. The burglar was advancing. “Get out, whoever you are! There is nothing here that’s valuable! They don’t even have a TV!”

About the Author
Christina Leigh Pritchard was born and raised in South Florida. Her first stories were written at the age of nine in spiral notebooks and in the various diaries she kept.

Since she's upgraded to a computer, she's completed over fifty books, including her ALMOST Series, signed with Limitless Publishing.


a Rafflecopter giveaway
Posted by 3 Partners in Shopping at 11:44 PM