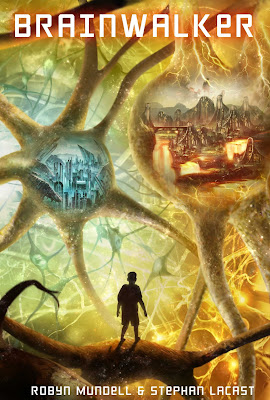 Fourteen year-old Bernard is full of out of the box ideas—ideas that nobody appreciates. Not his ultra-rational father, not his classmates, and definitely not his teacher, who’s fed up waiting for Bernard’s overdue science project. You’d think with a hotshot quantum physicist for a dad, the assignment would be easy as “pi”, but with his relationship with his father on rocky ground, Bernard is under more pressure than a helium atom.

And Bernard’s impulse control flies out the window when he’s stressed. So instead of turning in his project, he moons the class and gets suspended. Now his dad’s got no choice but to bring him to his work. At the Atom Smasher. It’s the chance of a lifetime for Bernard, who knows smashing atoms at the speed of light can—theoretically—make wormholes. How about that for the most mind-bending science project ever? But when he sneaks into the particle accelerator and someone hits the power button, Bernard ends up in the last place he’d ever want to be.

Inside his father’s brain.

And it’s nothing like the spongy grey mass Bernard studied at school. It’s a galaxy, infinite and alive. Like, people live there. A mysterious civilization on the brink of extinction, as unaware of their host as he is of them. But there’s zero time to process this. Bernard’s about to be caught up in an epic war between the two sides of his dad’s brain over their most precious resource:

With his father’s life at stake, Bernard must go up against the tyrannical left side of his father’s brain to save the dying, creative right side. But how the heck is he supposed to do that when he’s just a hopelessly right-brained kid himself? 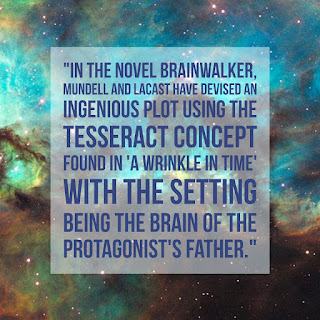 Check out a Q&A with the authors, HERE!

"Excellent story with well developed characters and an awesome setting. My students are currently participating in a Growth Mindsets. Can't wait for publication. It would totally coincide with our brainology studies... I couldn't put it down." — Pam B, librarian, Wyola SD, MT

"In the novel Brainwalker, Mundell and Lacast have devised an ingenious plot using the tesseract concept found in 'A Wrinkle in Time' with the setting being the brain of the protagonist's father." — Douglas B. Educator

“This story is full of high-stakes adventure, and it often excels in its imaginative and allegorical exploration of real-world issues” — Kirkus Reviews

“The descriptions of the various locations, creatures, and residents of the Brainiverse are both fun and intelligent. Bernard is an engaging protagonist.” — Kirkus Reviews

“An imaginative adventure, ... one that clearly benefits from the great amount of thought that its authors put into it.” — Kirkus Reviews

“A fun way for kids/preteens to learn about science and the brain. The pictures are also really great and add a lot to the story” — Olivia Farr, Reviewer at Harvard Medical School

"The characters and the setting of this book are truly unique and very diverse, the plot is filled with fiction mixed with real brain concepts and puts everything into perspective from both fiction and reality" — Gabrielle Messier

"Definitely an approach to teenage urban fantasy that I’ve never seen before. I found myself quite enamored with Bernard and all his geeky questions and theories ... Underneath all the neurology, it’s really a story about connection and love and fighting for what’s important." — Kristen Canady

"'Brainwalker' is a great scientific fiction and that offers the readers a fantastic experience of the scientific adventure with the beautifully written words, the well laid out plots, and lifelike characters in the story." — Yichen Tu

"Not unlike experiencing Avatar in a 3D IMAX theater, this exciting and provocative novel includes characters and images of such dimension, the reader cannot help but feel fully invited into this fantastical storyline." — Lolly Howe

"Story starts and ends with the MOON! All will have to take a read to find out what I am talking about. This is a great Teen read revolving around young minds faced with the challenges of life." — Linda Babbs

"The world-building was pretty sublime: it was so cool to contextualize the brain in this way, and learn about it at the same time... The illustrations were all so refreshing to see - it's been too long since I've read a book that isn't afraid to support the plot line with pictures! I'm looking forward to what Mundell and Lacast have to offer in the future!" — TT turner

5 stars - "The authors have found a creative way to introduce the functions of the brain in a creative way that's full of action, adventure, and suspense. This will be a popular book in middle grades and middle school boys will enjoy this one!" — Susan Grigsby, ALA Librarian

“Teachers are always looking for ways to enhance scientific literacy and Brainwalker is the perfect vehicle to bridge the gap between exciting adventure and scientific inquiry.” — Jennifer C., Educator

"This brilliant new novel grapples with the most exciting topic possible, and invites middle school, young adults and also adult readers into the inexhaustible mystery of the universe. Take the walk." — Maureen G., Educator 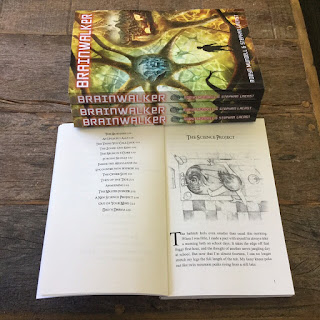 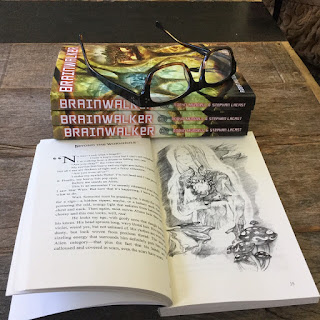 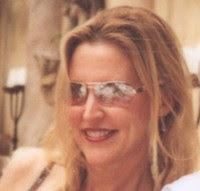 Robyn Mundell is an award winning playwright. A graduate of New York University, she performed in dozens of plays in New York and was part of David Mamet’s Atlantic Theater Company. She studied with such theater legends as Uta Hagen, Lee Strasberg, and Stella Adler.

Robyn wrote and performed in several of her own plays including Pieces of O and Traveling Bowls of Soup, produced by Pulitzer-prize winner Beth Henley. Traveling Bowls of Soup opened at the Met theater to rave reviews and received several Drama-Logue awards. Robyn has since been selling original screenplays and TV pilots to major film companies and networks. She is the daughter of Canadian Nobel laureate Robert A. Mundell, and is married to actor-playwright Raymond J. Barry. Together, they have four children. 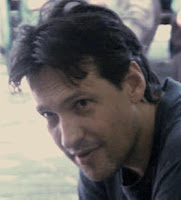 French-Born Stephan Lacast likes to think of himself as a geek, which depending on your dictionary means either “knowledgeable about computers”, or “boring social misfit.” At the age of twelve his idea of fun was building computers and programming, and by fifteen he was a contributor to a computer magazine. A graduate of Paris-Dauphine University, he holds a Bachelor in Economics, a Master in Business Administration, and a Master of Advanced Studies in Information Systems.

After teaching at Dauphine University, Stephan went on to work as a consultant and engineer for one of the top ten Information Technology services companies in Europe, before deciding to leave Paris and move to the United States. 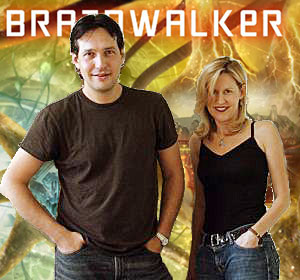