Summary from Goodreads:Highly controversial debut novel by Cālix Leigh-Reign is taking the nation by storm! For those who've been craving an untapped damsel-in-distress-less Sci-Fi niche - Opaque delivers in this gripping page-turner involving mutated Limbal rings, biokenretic anomalies, mental dysfunction, perplexing Russian ancestry & romance. Cālix takes us on an adventure that begins when 16 year old misanthropic Adam Caspian unknowingly reaches biokenretic puberty, and his supernatural abilities awaken to save him from his murderous intentions. His every thought revolves around the extinction of the human race until mysterious Afro-Russian Carly Wit stumbles into his English class one morning. Adam notices something otherworldly about her immediately but denies the bio-synch taking place inside of him. As he resists their blossoming love, he battles with unnatural thoughts of his mother. Discovering his origin isn't what he'd thought, he becomes determined to peel back the layers of his lineage and unmasks a multitude of mind-bending secrets along the way.

“Mom, what is this place?” I can’t resist asking the question any longer.
“This is Afrax. A safe house and headquarters in International Falls for other descendants.”
“I never knew this many descendants were still living.”
“They not all exhibit the trait but do possess.”
“Then how can they pass through the corridor?”
“They are cocooned by another descendant.”
“So, it isn’t fail safe?”
“Not completely. But the Iksha, as we know, only possess medically-induced artificial traits. Those will not pass through. Our threat lies with the captured descendants who have joined the Iksha.”
“I haven’t told Adam that part.”
“Don’t worry, I will.”
She reveals her idea and I listen intently.
“We would never lure them here where they could determine this location and capture all. No. Instead we lure them to remote location, retrace their steps and destroy them.”
It is time that these monsters be stopped. Permanently.
“If we cannot retrace their steps to locate Dad?”
“They still die!”
Her voice lowers, and growls in a way that makes the hairs on the back of my neck stand up. My mother is truthfully the only human being on the planet that I fear. I’ve seen what she’s capable of.
“Then let’s kill them Mom.”
“That’s my girl. But first, we must discuss your boyfriend.”
Gulp. I’d rather discuss the Iksha. 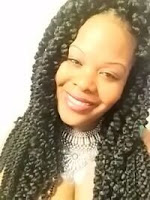 
Cālix is the published author of the Russian-mutant, psychological Sci-Fi fantasy novel, Opaque. She's a certified paralegal and has studied creative writing under English teacher, script writer and published author Larry Strauss. Her earliest literary inspirations include Alice Walker, Larry Strauss, VC Andrews and Stephen King. She spent a majority of her childhood in libraries and developed an intense relationship with words. She's a member of YARWA and RWA and is currently serving as a judge for YARWA's 2016 Rosemary Contest. She enjoys prayer, discovering the minds of those who rebel against social programming, listening to music, a great cup of coffee, exquisite ethnic cuisine, spending time with family & friends, attending movie premieres, traveling and the arts. She spends her free time in the gym, fantasizing about story plots and different ways of changing the world.