We're happy to be hosting Gary Schwendiman's THE FUTURE OF CLEAN ENERGY: WHO WINS AND WHO LOSES AS THE WORLD GOES GREEN Virtual Book Tour this month! Please leave a comment or a question for the author to let him know you stopped by! 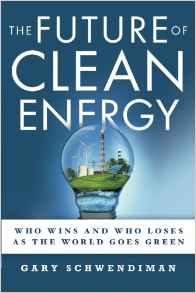 Title: THE FUTURE OF CLEAN ENERGY: WHO WINS AND WHO LOSES AS THE WORLD GOES GREEN
Author: Gary Schwendiman
Publisher: AuthorHouse
Pages: 216
Genre: Nonfiction
Most books on clean energy are so data-driven and scientific that they're all but impossible to understand. Fortunately, this isn't one of them. Visionary author Gary Schwendiman answers the energy sector's biggest questions in a way that anyone can understand and appreciate. This is as much a book for investors and political leaders as it is for the casual reader with an interest in how we're going to solve some of the world's most difficult environmental and economic problems.

How can we combat global warming?

How can we turn the lights on for the 1.5 billion people in the world who currently lack access to electricity?

How can we provide all the additional fuel we'll need when the number of vehicles worldwide doubles from 1 billion to 2 billion by 2030?

This book answers all these questions in a fun, lighthearted, engaging way. It compares the future of clean energy to a football season that concludes with what Schwendiman calls "The Clean Energy Bowl." Join him as he examines each energy source as if it were a football team, comparing and contrasting the strongest players until he arrives at the ultimate conclusion: the team best positioned to completely change the world.

What if I told you I had a system that could accurately predict which team would win the next Super Bowl? You’d want to place a bet immediately, wouldn’t you? I know I would. Well, the oddsmakers can relax. I don’t have such a system for football. But I think I do have a system that will accurately predict the winner in what I like to call “the Clean Energy Bowl.”
With global warming being such a hot topic today, there is a push to make America’s future energy “clean.” I put the word “clean” in quotes because “clean” is a relative term. There are many considerations that factor into whether and how you can deem an energy source “clean.” For now, however, I’d like to concentrate on the two factors that will make an energy source the most viable in the coming decades: its positive impact on the environment and its ability to stimulate growth of the global economy.
The environmental factor should be obvious. If the future of energy is indeed “clean,” then the sources for energy that have the lowest direct impact on the environment should (should) be favored. But economics, as with anything in the United States, plays a huge role here too.
When I say economics, what I mean is the cost of producing and distributing energy. While it would be great if the cleanest energy sources were the most cost effective to implement and were able to generate the greatest returns on investment, that’s simply not the case. Some cleaner energy sources are more costly or less profitable than some less clean sources. As great as it would be to say that we should just go with the cleanest technologies, that old adage remains true: money talks. So any reasonable examination of the future of “clean” energy must take into strong consideration the economic factors at play.
Many people who speak about clean energy (or any energy) do so in a way that misrepresents its meaning. It’s not unusual to hear a politician say something like, “We need more wind energy and solar energy so we don’t have to import so much oil from other countries.” But it’s just not that simple. When we’re talking about energy, we’re actually talking about two entirely different kinds of energy, and those different kinds of energy aren’t directly related to one another. They belong to totally separate discussions.
One kind of energy is called electricity. This is the energy we use to power our homes and businesses and plug in all of our electrical equipment. The United States uses several sources to produce its electricity, including nuclear, wind, solar, water (which we sometimes refer to as hydroelectric power), geothermal, coal, and natural gas.
The other kind of energy is fuel. This is the energy we use to propel our cars, trucks, buses, trains, planes, and other vehicles. In the United States, the most common sources of fuel are gasoline, ethanol, natural gas, and diesel.
Think about it this way: When you plug your laptop into the wall, you’re dealing with electricity. When you go to the gas pump to fill up your tank, you’re dealing with fuel. Both of these things are kinds of energy, but they are almost completely unrelated to one another. Keep that distinction in mind, because it underlies the very framework of what we’re going to be discussing in the pages to come.
Here’s another interesting and important point: despite what some politicians might have you believe about their campaign platforms, the United States has already achieved energy independence when it comes to electricity. We can produce electricity from all the above-mentioned sources right here at home. All the coal, all the natural gas, all the nuclear, and on and on are produced right here on the continent and delivered to the end user by our own independent electrical grid. When people talk about the United States becoming energy independent, if they mention anything about coal, natural gas, wind, solar, water, geothermal, or nuclear power, then they’re either confusing the issue or simply talking about the wrong things. We can make all the electricity we need without having to import it from other countries.
So by deductive logic, we know that if a person is talking about energy independence, and if the United States is already electricity independent, then what that person is really talking about is fuel independence. And if that person refers to energy dependence during a discussion of America’s foreign oil habit, well, then that person is hitting the mark quite well. We do indeed import the majority of our fuel from foreign countries. We are electricity independent. We are not fuel independent.
For the purposes of our study, I intend to break up our sources of energy into their two categories: electricity and fuel. We know that (1) energy sources are judged on economics as well as environmental impact, and (2) energy sources are divided into two groups called electricity and fuel. I believe that I have developed a framework that will help us judge which energy sources will ultimately play in and win the Clean Energy Bowl. The winner will be the electricity or fuel source that I foresee making the most positive economic and environmental impact on the planet over the next twenty to forty years.
It is important to note that the participants in and eventual winner of the Clean Energy Bowl might not necessarily be dominant forces in the energy discussion today. But, based on the trends emerging from my research, I believe they will be the primary providers of electricity and fuel during the decades to come. 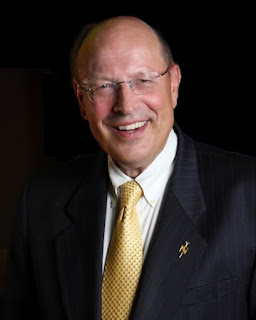 In his groundbreaking new book, The Future of Clean Energy, Dr. Gary Schwendiman details the startling truths he uncovered during ten years of research in clean energy. Most popular beliefs about the future of clean energy are simply wrong, and most governments waste billions of dollars on the wrong green initiatives. Written for the casual reader, Schwendiman’s book presents the facts in an accessible, compelling, and—most importantly—entertaining way.

Dr. Schwendiman cofounded one of the first private equity firms in the United States to invest exclusively in clean energy. He has given presentations on clean energy topics in 26 states and 10 foreign countries. Prior to that, he dedicated much of his long career to studying, working, and contributing to energy and fuel production.

This vast experience led Schwendiman to uncover the truths about which clean energy technologies will win and which technologies will lose as the world goes green. These truths will be shocking to most people, making The Future of Clean Energy a must-read for everyone from political leaders to energy executives to casual readers with an interest in how we’re going to solve some of the world’s most difficult environmental and economic problems. Schwendiman is the father of five children and grandfather of 14. He lives in Tucson, Arizona.
For More Information