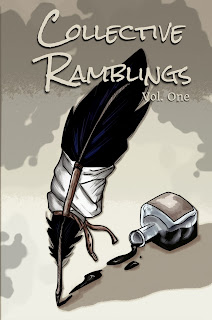 
2015’s Twenty Short Story Contest winners assembled in one place. Five stories from each category (Super Powers, Deserted Island, Horror, and Labyrinth), including the top winners of each contest shown below.

The Era of Super Weapons – Roger, America’s super-soldier, embarks on what seemed a routine mission –until his enemies turn to allies against a horde revealing information that will turn the entire world on its head.

Synchronysi – A steampunk masterpiece. After her volunteer operation, a woman awakens to a world made entirely of tine crystals. As she travels the shining island, the product of her surgery reveals much more than she may be able to handle—neither the land of crystals nor the world from which she arrived are exactly what they seem.

Terrors Great and Small – A couple barricades themselves in their home to escape a viral outbreak carried by mosquito bites. As the days of panic and solitude stack up, they battle with both their own crumbling sanity and the terror of what really awaits them beyond their front door.

The Walls Are Alive – in a world where violent offenders are placed in a deadly, automated labyrinth—designed to let no one escape alive—the labyrinth’s caretaker steps inside for a routine maintenance. When the automation turns on him, he’s forced to run the maze like all the criminals he’s sent to their own demise.


From out in the hall, something big dropped from the ceiling, slamming its bulk into the door and knocking Simon against the desk. He quickly bounced back, throwing all his weight against the door, pushing it back. A terrible droning sound filled them all with a primal fear. It rose in pitch and volume as the door moved toward Simon. He pushed against it with all his strength, groaning as he gained and lost inches. Simon used the desk behind him as a brace, using his legs to add to the strength of his push. The door was closing. He was…winning.


He shouted in alarm as something grabbed the door from the outside. At first, he thought it was a stick, like a branch. It was segmented and moving, with bristling hairs, like thorns. He gave a greater push as the droning outside reached a terrifying whine. He was awestruck with horror when he risked a strained glimpse through the narrowing crack and saw a huge compound eye staring back at him.


Simon recoiled and the door opened a little wider. He could now clearly see the thing. It was neither a giant insect nor a man, but a ghastly amalgam of both. Torn and bloody flesh was a quivering, wet curtain beneath the bulging eyes. From behind the bleeding mess, a long and slender tube, like an exposed muscle, stretched toward Simon's face. He almost wept when he saw, above those prismatic eyes, a tuft of shocking orange hair. The frantic beating of veiny, cellophane-like wings caused the droning. He could feel the wind of their beating and he could smell the stench of decay it blew off its own shredded flesh. 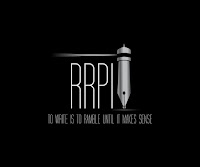 Just as it says, Collective Ramblings is a collection of various works, an anthology. In 2015, we completed our quarterly writing contests, each with its own theme. For each theme, the five best entries were selected from the contest to have their works published. All twenty stories have been compiled into this book for your reading pleasure. The four contest themes were:


We know everyone will love these imagination-stretching stories, that are filled with suspense, bravery, and danger, as much as we did.