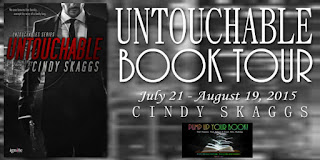 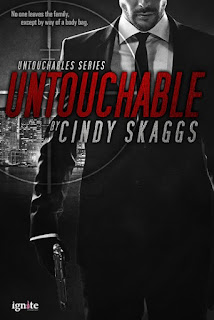 
She’ll do whatever it takes to find her son – Lie. Cheat. Steal. Seduce…


As the former wife of an infamous crime boss, Sofia Capri is untouchable. She exists outside of the law…and outside of the criminal world. When her son is kidnapped, Sofia’s desperate to find him. She’ll do anything. Lie. Cheat.


Steal. Anything but trust. But it’s a strikingly handsome FBI agent who’s her only chance to get her baby back…


Something about Sofia’s fiery beauty must be hitting all of his weak spots, because suddenly Mr. Law And Order Logan Stone finds himself bending the rules. When they’re implicated in the kidnapping, Logan and Sofia discover a horrifying reality – they have less than 72 hours to find the boy and clear their names.


Now the heat is turning up…and time is running out…for everyone.


Unwanted is available for purchase at 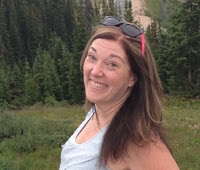 When they told her a woman could do anything, Cindy thought they meant everything, and decided to give it a go.  Cindy holds an MA in Creative Writing from Regis University, is an MFA student at Pacific Lutheran University, works three jobs, is a single mom to two of the most active kids on the planet, pet owner, and child chauffeur extraordinaire.


She took her first job at age thirteen as a motel maid.  Since then, she has worked in myriad offices, at Spencer’s Gifts, in a summer stock theater, a college library & art gallery, and more odd jobs than she’ll admit.  That was all before running away to join the Air Force where she saw nearly every state in the union and more countries than she can remember.


Following the Air Force, she worked as a travel agent, a retail store manager, and operated two small businesses before the a-ha moment hit.  Books!  Writing!  She now works in a library and teaches writing to college students while working on her novels.


When she’s not writing, she’s trying to prevent the neurotic dog from either chewing the furniture or eating whole sticks of butter (often still in the paper).  She’s beginning to think maybe she can’t do it all.  At least not all at once.

Cindy is giving away a $25 Gift Card!

By entering the giveaway, you are confirming you are at least 18 years old. One winner will be chosen via Rafflecopter to receive one $25 Gift Certificate to Amazon This giveaway begins July 21 and ends on August 19. Winners will be contacted via email on August 20. Winner has 48 hours to reply. Good luck everyone! ENTER TO WIN!