More than 20 authors will be sharing their best and worst pick-up lines during this EPIC eReader Giveaway! Win dozens of prizes, including swag packs, print or eBooks, gift cards, tote, posters, themed prizes, etc...and of course, a grand prize of four (4) eReaders!


Win one of four (4) eReaders including:

Want to meet up with our author sponsors? Join the fun at the Summertime eReader Giveaway event page on Facebook: https://www.facebook.com/events/477456029079167/ ! Authors will be making appearances on the day of their posts so be sure to pop by and say hello. 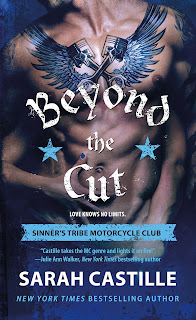 Once upon a time, there was a Canadian girl who lived in London. One fine summer day, she put on her riding leathers and hopped on the back of her boyfriend’s motorcycle and they took a drive through the city to a quaint pub in the East End of London. While her boyfriend tended to the motorcycle, she went into the pub to buy a couple of pints.


The pub was unlike anything the Canadian girl had ever seen. Dark and dank, with a low ceiling, crooked floors, dark wooden beams, a roaring fire in a massive stone fireplace and a worn, polished bar at least fifteen feet long. A lazy hound with gastric problems lay on a braided rug in the middle of the pub, adding a distinctive aroma to the already pungent scent of yeast and stale beer.


Several grizzled old men played cards at a table in one corner. An elderly couple dozed in front of the fire. And a group of guys sat at the bar chatting up the female bartender who sported multiple facial piercings and two full sleeves of tattoos.


The Canadian girl slid onto the last seat at the bar and asked the bartender for a pint. Almost immediately, one of the guys broke away from the group. Tall and broad, with a chiselled jaw, shaved head and a pillowy abdomen, he approached her with slow, measured steps. His piercing blue eyes slid over her leather-clad body like a soft caress, lingering over the swell of her breasts crushed beneath her tight leather jacket. He leaned into her, his voice low and husky.


“Ya're so Peas in a Pot I could Tu'penny Post me meat on ya, Basin Of Gravy.”


Very eloquently, and in her best Canadian, she said, “Eh?’


With a sympathetic smile, he drew closer, his fetid breath a whisper in her ear. “You don’t have any Cockney in ya, luv?”


“Sorry,” she said, inwardly cringing at the worst pick-up line ever. “I only ride Canadian.”


My latest release is Beyond the Cut, the second standalone book in the Sinner’s Tribe Motorcycle Club series. It was inspired by my motorcycle adventures across Europe, and it’s got all the hard riding, fierce loving, outlaw bikers you could want, plus a feisty heroine, a villainous villain and two little kids who can melt an outlaw hero’s heart.

BLURB for BEYOND THE CUT (SINNER’S TRIBE MC #2)


As a teen, Dawn ran from a life on the streets straight into the arms of Jimmy "Mad Dog" Sanchez, a biker who promised to be her knight in shining armor. But his love was just another cage. Years later, Dawn's former life still has its hooks in her and she'll do whatever it takes to break free. When Cade "Raider" Tyson, a member of a rival club, makes her an offer, Dawn finds herself in a different, hotter kind of trouble with one irresistible Sinner...


WILL HE GIVE HER THE RIDE OF HER LIFE?


Cade is an outlaw biker with allegiance to one thing and one thing only: The Sinner's Tribe Motorcycle Club. But when it comes to the stunningly sexy, fiercely independent Dawn Delgado, Cade finds himself...hungrier for more. Trouble is on Dawn's heels and he wants to be the answer to her prayers, whether she wants him to be or not. What can't be denied is the red-hot attraction between them. However, as they fall deeper, the danger rises and Cade may have to sacrifice it all...


BUY LINKS FOR BEYOND THE CUT 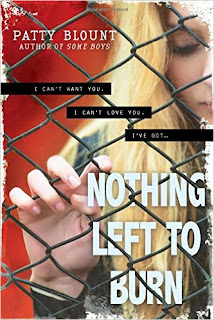 Hello! I’m Patty Blount, author of young adult and contemporary romance novels. But I also have a fulltime job in IT in addition to my writing career. IT stands for Information Technology. It used to be the computer department, but as technology advanced, so did the term. My job is to write the instruction guides people need in order to correctly use their computer systems. I’ve been doing this work for about twenty years now, so in a very real sense, I’ve watched the industry grow up.
When I was just starting out, Windows hadn’t been born yet and the internet was still reserved for government or scientific use. It was also a man’s world – still is, to a large extent – but most of these guys were Big Bang Theory characters and not exactly the stuff of romance novels.
Until now.
In A Match Made at Christmas, my first contemporary romance, I thought it would be cool to make geekiness a hot and heroic character trait, so I gave my heroine my day job and made the hero an executive in the same field. Here is a passage from the story based on actual pickup lines once used on me. In this scene, hero Lucas is quite attracted to heroine Elena, but trying to play it cool. Except his friends, Al and Debbie, won’t leave him alone. 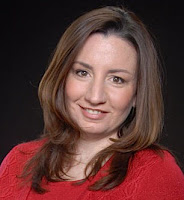 "Oh, you're in IT, too?" Al's grin got wide and just a little bit wicked. "Luke's head of development at Burke & Kirk. Lucas, you have to try out some of those software developer pick-up lines on someone who gets them."
"No."
Elena's lips twitched and she groaned just for form. Inside, she was grateful for the change of subject. "Okay. Gimme one. Let's see what you got."
"No."
"Come on, Luke! Don't be such a dick." Al elbowed him.
"No. And don't call me a dick."
"Please? I want to hear these, too." Debbie patted the table between them.
"Okay, okay. You asked for it." Luke rubbed his hands together and gave Elena a smoldering look, dropped his voice down an octave. "I hope you're broadband, baby, because I really want high-speed access." He wiggled his eyebrows.
Elena rolled her eyes. "That's terrible."
"Yeah, man, that was awful," Al agreed.
"I warned you."
"Come on, do another one," Debbie said.
Elena put out a hand. "Please don't use the obvious puns on RAM or motherboards."
Lucas looked at her sideways. "Please. This isn't my first program."
She snorted and let him continue. Luke took her hand and leaned in real close. "Baby, you overclock my processor but trust me, there's no part of my body that's micro or soft." He delivered the final words with his eyes locked on hers.
Elena stared into his dark eyes and felt herself melting, weakening, and might have leaned over the table to fuse her mouth to his…

What do you think? Is this a hot geek? I will admit these lines made me giggle but, no – they did not work on me!
The sequel to A Match Made at Christmas was released on June 30th. It’s called His Touch and is about Elena’s sister, Kara, and her second chance at love. I also have a new young adult novel coming out in August called NOTHING LEFT TO BURN. It’s about a boy named Reece who joins the fire department’s junior squad to win his father’s respect. Pre-order today.

Dear Dad,
I promised Matt I'd do this-become a Junior Cadet. That I wouldn't let you break me down. I know you hate me. Blame me for everything you lost. But that day I lost my brother and my dad. You could never be proud of me, could you? I was too "different." So, just in case you haven't figured it out yet, I'm saying goodbye. Maybe someday, you'll miss me.
Reece
Reece's words make her ache. Amanda understands wanting to belong. As a foster kid, the firehouse where she volunteers is the only place that feels like home. She wants to help Reece, but his dad is her boss. And she won't risk her place as a Junior Cadet-it's all that she has. But when a string of arsons suddenly point to Amanda, her whole world is about to go up in flames. And the only way to save themselves is to risk getting burned.

Patty Blount is the award-winning author of Some Boys, TMI, and SEND, plus contemporary romances from Tule Group. She lives on Long Island with her family and lots of books. Tweet her @pattyblount or visit her website pattyblount.com to read book excerpts.


Are you ready to enter-to-win? Follow the giveaway stops for your chance to win one of these amazing prizes here: Summertime eReader Giveaway!

Email ThisBlogThis!Share to TwitterShare to FacebookShare to Pinterest
Labels: giveaways