When everyone's existence depends on the lies they tell, trust doesn't come easy


Ivy’s neighbors have a secret. They aren’t human. But Ivy has a secret, too. She knows. As long as everyone keeps quiet, she’s happy working as a P.I. by day and chillaxing with her BFF Florian, a vampire, by night. When a routine pickup drops her in the middle of a murder, her two worlds collide. While Florian knows how to throw a punch, deep down he's a softie. His idea of scary? Running out of hair product. It’s time Ivy faced facts. Even with a vampire on stand-by, one gal can only kick so many asses.


For help, she must put her faith in others. A human, who might just be the one. A demon, who will, for a price, open the doors to her heritage. And a werewolf, who wants to protect her from herself.


Add it to Your Goodreads Shelf 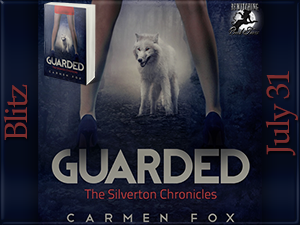 A shadow peeled off a dark corner and rushed across the road. My thoughts of the unfairness of life lifted, and I smiled. Dressed in his usual muted colors, Florian gave a mock salute. Not even the lack of a California tan detracted from the fact that he was, by all accounts, a handsome devil. But it was his inner qualities that made him my best friend.


I got out and slammed the door shut.


Flo shot me his trademark grin that half begged to be mothered, half promised a naughty night. “Happy birthday, Ivy!”


“Not so far. I think my car’s kaput.” I sent an eyeroll toward the steam escaping the hood.


“Oh?” His forehead puckered. “Let’s see. Did it slug and thud into the drive?” His index finger in his ear, he shook his tilted head, as if to force out some lingering noise. “Check. Is it stinky?” He sniffed the noxious plume surrounding the vehicle. “Check. Broken side view mirror? Check. Well, I can confidently say I notice nothing out of the ordinary.”


“You’re a funny guy, mister. If you’re not too busy doing standup tomorrow night, do you think you could chauffeur me?” I pouted. “I have a work thing, and getting the car fixed might take some time.”


“Aww, come here. Of course I will.” He yanked me into a firm mother-bear hug.


I held tight. His fresh, if powerful, cologne was a scent for sore noses, and I added another couple of gratuitous sniffs. “Thanks. I needed that.”


“I’ll let you get some rest, then. You don’t seem in the mood for a birthday bash. But if you change your mind, you know where to find me.” Despite his curious looks at my front door, he knew better than to invite himself in. With a wave, he turned and crossed the road to the large building he and his siblings called home.


I never let anyone enter my house without at least half an hour’s notice. The metal guards on my walls would reveal my secret. And more than anything, my friendship with Florian was based on mutual subterfuge.


Carmen lives in the south of England with her beloved tea maker and a stuffed sheep called Fergus. An avid reader since childhood, she caught the writing bug when her Nana asked her to write a story. She also has a law degree, studied physics for a few years, dabbled in marketing and human resources, and speaks native-level German and fluent Geek. Her preferred niches of geekdom are tabletop games, comics, sci-fi and fantasy.


She writes about smart women with sassitude, about pretty cool guys too, and will chase that plot twist, no matter how elusive.


Expect to be kept guessing.


DIVIDE AND CONQUER, Carmen’s first urban fantasy novel, was published in March 2015. To find out more, visit her at www.carmen-fox.com.