They Call Me Alexandra Gastone by T. A. Maclagan Book Blitz and Giveaway

Introduction for the contest:
Books can show us visions. Have you ever found your mind beginning to imagine the characters you meet within the pages? Have you experienced a film projector of scenes in your head as you read about the girl who travels to the fifth dimension, or the boy who’s trying to graduate from being a wallflower? When you read, your mind naturally creates images, almost like watching a movie.  Why not turn those images into a reality by making a movie poster?

Full Fathom Five and T.A. Maclagan are hosting a movie poster design contest to celebrate the release of T.A.’s debut, They Call Me Alexandra Gastone, a novel heralded by Booklist as “An intricate, debut spy thriller…” The contest will run from July 7th to August 15th. 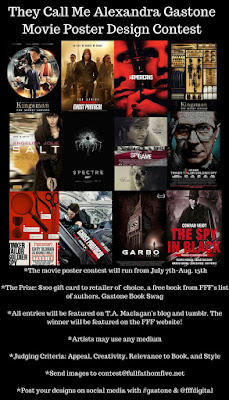 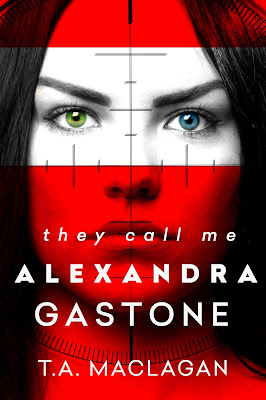 Alexandra Gastone has a simple plan: graduate high school, get into Princeton, work for the CIA, and serve her great nation.

She was told the plan back when her name was Milena Rokva, back before the real Alexandra and her family were killed in a car crash.

Milena was trained to be a sleeper agent by Perun, a clandestine organization from her true homeland of Olissa. There, Milena learned everything she needed to infiltrate the life of CIA analyst Albert Gastone, Alexandra’s grandfather, and the ranks of America’s top intelligence agency.

For seven years, “Alexandra” has been on standby and life’s been good. Grandpa Albert loves her, and her strategically chosen boyfriend, Grant, is amazing.

But things are about to change. Perun no longer needs her at the CIA in five years’ time. They need her active now.

Between her cover as a high school girl—juggling a homecoming dance, history reports, and an increasingly suspicious boyfriend—and her mission in this high-stakes spy game, the boundaries of her two lives are beginning to blur.

Will she stay true to the country she barely remembers, or has her loyalty shattered along with her identity?

Praise for They Call Me Alexandra Gastone:
"An intricate, debut spy thriller...readers will keep turning pages, and the surprise ending will have them anxiously awaiting a sequel." —Booklist

“…the intersection of action, espionage, and drama makes for solid…entertainment: readers will gladly sit back and watch Alexandra navigate the obstacle course that comes with playing her role too well. It's a strong debut for New Zealand author Maclagan.” —Publisher’s Weekly

“Death-threats, global takeover, double-agents, hidden files and a blown cover—by the time you get to the shocking conclusion of this cliff-hanger, you won’t know who to trust…” —Girls’ Life 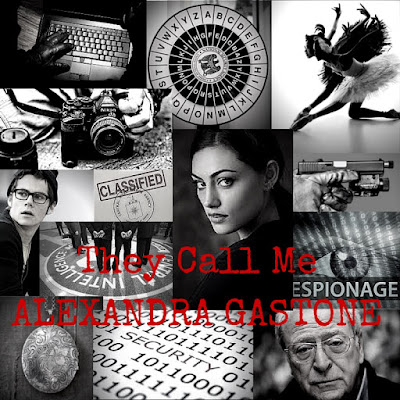 About the Author
T.A. Maclagan is a Kansas girl by birth but now lives in the bush-clad hills of Wellington, New Zealand with her Kiwi husband, son and four pampered cats. With a bachelor’s degree in biology and a Ph.D. in anthropology, she’s studied poison dart frogs in the rainforests of Costa Rica, howler monkeys in Panama and the very exotic and always elusive American farmer. It was as she was writing her ‘just the facts’ dissertation that T.A. felt the call to pursue something more imaginative and discovered a passion for creative writing. They Call Me Alexandra Gastone is her first novel.

GIVEAWAY:
a Rafflecopter giveaway
Posted by 3 Partners in Shopping at 8:37 PM