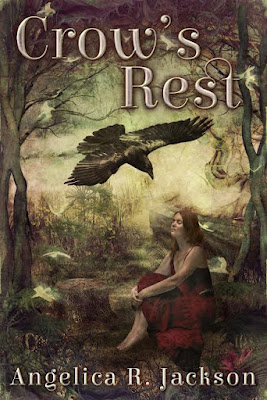 Summary from Goodreads:
Avery Flynn arrives for a visit at her Uncle Tam's, eager to rekindle her summertime romance with her crush-next-door, Daniel.

But Daniel’s not the sweet, neurotic guy she remembers—and she wonders if this is her Daniel at all. Or if someone—some thing—has taken his place.

Her quest to find the real Daniel—and get him back—plunges Avery into a world of Fae and changelings, where creatures swap bodies like humans change their socks, and magic lives much closer to home than she ever imagined.

And check out the illustrated companion, A Compendium of the Faer Folke! Available as a free download! 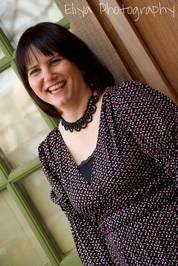 In keeping with her scattered Gemini nature, Angelica R. Jackson has far too many interests to list here.
She has an obsession with creating more writing nooks in the home she shares with her husband and two corpulent cats in California's Gold Country. Fortunately, the writing nooks serve for reading and cat cuddling too.
Other pastimes include cooking for food allergies (not necessarily by choice, but she’s come to terms with it), photography, and volunteering at a local no-kill sanctuary.
She blogs at Angelic Muse, and is a contributing member of Operation Awesome and the Fearless Fifteeners. 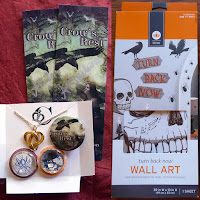 1. Kelpies: these water-horses have fascinated me since I was a child. I was horse crazy to begin with, and then you add in magic? Yes, please! The bit about them drowning and/or devouring people didn’t faze me a bit; I just knew I would be the exception and the kelpie and I would become fast friends. Fortunately, this belief was never tested, because older-me fears I would have just been another tasty morsel.

3. Puca: I’m a sucker for trickster characters, and a puca is the ultimate trickster. If you haven’t seen the movie Harvey with Jimmy Stewart, I highly recommend that as an introduction. The film features the puca’s rabbit form, but they’re also fond of goat, horse, or dog shapes.

4. Raven (the trickster): back in my days as a professional storyteller, I discovered the stories of Raven and Coyote from Native American tribes. They came to be some of my favorites, even though I didn’t tell them myself (out of respect for cultural laws) and I’m sure this affection was part of the reason why I settled on crows as a Fae conduit.

5. Unicorns: yes, I admit I was one of those girls whose bedroom walls were covered in unicorn posters, and who toted around a sticker book containing 90% of the unicorn decals ever manufactured. They were like the best horse ever, but with an upgrade. My very first attempt at a novel, when I was around eleven, included unicorn and werewolf characters, lol

6. Selkie: One of my all-time favorite movies is The Secret of Roan Inish, a story of a young girl who tries to reclaim her baby brother, lost to the seals. It’s a great example of how the Fae can protect human folk, and aren’t always sinister.

7. Hedley Kow: You can find the tale of the Hedley Kow here, but he’s basically another shapeshifting trickster. His tricks are more on the prank end of the spectrum, than on the “laughing while they devour you alive” side.

8. Cat Sith: this is a creature that must be appeased with a wake that includes games, singing, dancing, storytelling, and offerings, lest it steal the soul of your dead loved one. I may have shared a home with this sinister black cat for twenty-plus years, but I could never prove it. She answered to Tippy.

9. Pegasus: are you noticing the fantasy-horse theme among my favorites? What could be better than a horse that actually flies? I remember reading a book where some children climb up a pole to the gas station’s sign, a flying red horse, and bring it to life. They fly off on adventures, and I was so envious. Then there’s the actual Pegasus myths from Greece, that are epic in their own right.

10. Corbin: okay, so this is the creature I made up for Crow’s Rest. But a corbin and his trickster ways, along with a more young adult sexiness, combines all the things I love about mythical and legendary creatures. So even though corbin don’t have as long of a history as his puca brethren (they’re closely related), they will always have a place in my heart.