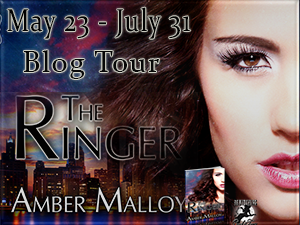 Lane Garret is a dead ringer...


Newly single, cheaters decoy Lane Garret is excited about her fresh start and believes everything is at last on track. Unfortunately, her fantasy of the good life is blown away…along with one of her marks. While on a date, Lane not just witnesses a murder but almost becomes a victim. Saved in the nick of time by one hot detective, she wonders if someone wants her dead.


On forced leave due to a pending Internal Affairs investigation, Jackson (Jax) Thornbird agrees to do a friend a favor. Tricked into decoy security, Jax decides one night will be easy enough, but things go awry. When shots are fired, he grabs the girl and leaves the scene of the crime—a rash decision that could ruin his career. However, Jax has a hunch the intended target wasn’t the dead, cheating husband.


It was too dark to see the woman’s face, but Jax recognized something about her. Streetlights ran over the car, creating a quick shadow before slipping back into the night.


He couldn’t get a good read on her face.


Even with her strange blonde hair and oddly matched clothes, Jax remembered the decoy.


This woman reeked girl-next-door wholesomeness, but without direct light he couldn’t place her, underneath the heavy makeup and the two-times-too-small Hello Kitty tank she wore.


“I know you,” she said. It came out in a hushed whisper while they sped down Wacker Drive. The underground tunnel had dangerous twists and turns.


“I-I-I remember—” she stuttered with a bit more panic lacing her voice.


A sedan whizzed past them, missing the sports car by mere inches. To overcompensate for the close call, she jerked the wheel too hard, careening them into a massive spinout.


Adrenaline thrummed through his veins, and Jax reached over to grab the steering wheel.


“Put your foot on the brake,” he instructed as they continued to spin in the opposite direction. She didn’t utter a single word, not even a peep, while Jax maneuvered the car into the slide.


Almost too late to save them, Jax noted very few cars passed them before they spun out over the median divider.


“I know you,” she wheezed. The woman dropped her head on the wheel.


The car idled in the middle of the road as Jax tried to calm her down. “You’re going into shock,” he told her. “I need you to take three deep breaths, hold for five seconds, then exhale. Come on, I’ll do it with you. One.” Getting close to her, he inhaled and waited before he released.


After a moment she began to follow his lead. Once they got through their first repetition, she had calmed down a bit. “Hot,” she said before she snatched the blonde wig off and shook her dark hair loose. The light from the street caught her eyes. Jax gazed into her dazzling green globes.


Amber Malloy dreamed of being a double agent but couldn't pass the psyche evaluation. Crushed by despair that she couldn't legally shoot things, Amber pursued her second career choice as pastry chef. When she's not writing or whipping up a mean Snickers Cheesecake, she occasionally spies on her sommelier. Amber is convinced he's faking his French accent.


@authambermalloy
Posted by 3 Partners in Shopping at 12:17 AM