Civilization shuts down as throngs of speechless hedonists fill the streets in deadly revelry. They feel only pleasure and never pain, even as they are injured, maimed, and mutilated. Few people remain in the world unaffected, left to witness the madness unaware that things are about to get unbelievably worse.


Cooper is among the few survivors of a conspiracy to depopulate the world. One week ago, college was his biggest concern. Now he is on a dangerous journey to find his sister as an ever-present threat of nightmarish proportions engulfs the world, throwing him in the path of some of the most malicious people that ever walked the earth. 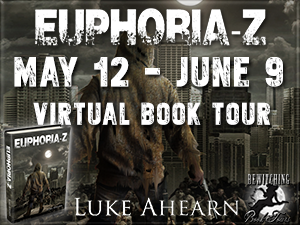 
“Fuck!” The wiry, gray-haired old man felt his eyes go wide with surprise, but he quickly got his shit together. Jasper scowled; now he was very pissed off. He might stoop and shuffle when he walked, but he didn’t take any shit.


Some big fat bastard was bear-hugging him from behind. He could see white mountains of wet flab before his eyes, and he smelled vomit. He felt a massive wet belly and man tits pressing against his back. Large folds of cold wet flesh engulfed him, and he shuddered at the sensation.


He hated hugs, especially from men, and hugs from big fat sweaty bastards were absolutely unacceptable. He carried his best spiked hammer, an old-school Craftsman from back in the day, before the gooks were making them. He was just itching to use it. The fat bastard was yelling something in his ear.


“Ahhh, geez!” Jasper twisted out of the flabby cocoon and took a few steps back. What he saw disgusted him. It was a giant fat kid, a head taller than himself, who looked like a giant baby, all hairless and soft. The kid was smiling like an idiot, and that made Jasper even more pissed off. Food smeared the kid’s face and ran down his chins in greasy streams between his man tits and over his belly. All Jasper could think was that all that shit was all over his back. Now he would have to burn his shirt and take a long, hot shower.


The kid wore nothing but baggy white underwear soaked in sweat. Jasper shuddered at the clammy coldness on his back. His flannel shirt clung to him and felt like a cold, wet bathing suit.


“I love you, man!” The big fat kid smiled as he came at him for another hug.


“Ahhhh! Fuck you!” Despite his advanced age, Jasper moved with an efficiency and force that spoke of his many years as a carpenter. He brought the spiked hammer down on the kid’s skull, and it collapsed inward with little resistance. He liked the sensation of cracking a head but hated wasting the time to do it.


The kid dropped to the concrete like a wet sack. He was still smiling, which made cracking his skull less enjoyable. Jasper wished he could bash every asshole around with his trusty hammer. He looked around to make sure another shithead wasn’t looking for a hug.


A woman came at him, hooting so loud he could hear it over the crowd, waving her tits at him. He took her out too, with an easy smack between the eyes. He had enough of this shit. He cracked a few more skulls for fun, but he got bored. It was always the same: an easy tap to the skull and the moron dropped, still smiling.


The streets were crammed with people, and they were all acting crazy. Jasper just wanted to get home. It seemed everyone was congregating downtown, streaming in from the surrounding neighborhoods. People were walking in large groups, arm in arm, naked and clothed, dancing, running, and hugging. It all made Jasper sick, just god-awful sick.


He tried to go all the way downtown and almost got caught up in the crowd. People were pushing and jamming each other into doors until they cracked open. He heard the crash of large plate-glass windows, but no one reacted. In fact, he saw people just getting pushed through the windows in a wave. He could tell that people were getting seriously injured and killed, and he just wanted to get the hell out of there.


He left at the right time. The press of the massive crowd smashed and suffocated, ground and trampled, and killed many—and the party continued to grow. No one screamed in panic or pain. No one yelled for help or dialed 911. And no one stopped to offer assistance, an apology, or true human interaction of any kind. Everyone was bent on doing exactly what they wanted to do, and what anyone else wanted didn’t matter to them in the slightest.


In any place where people gathered for a good time, the crowds were thick. The mall was packed, but the hospital was empty. The wharf was so full that hundreds fell into the icy waters of the bay. The office parks and businesses were dark and silent. Some groups formed parties on random streets for one reason or another.


A large majority of the city was empty, devoid of people. Most left their homes and walked away, leaving doors unlocked and often wide open. They would join a group and wander away.


There were still a few souls hiding indoors who were anything but euphoric. They watched with fear and horror the goings-on outside their windows. Jasper had been one of these, but he needed his goddamned pills and had to drive through all this crazy shit to get them. Of course, when he got to the damn pharmacy it was closed. He had tried to call ahead, but no one answered the phone. He was pissed. He wanted nothing to do with this crazy shit. He didn’t want to see any of it and certainly didn’t want to walk through it. He saw quite a few people doing things he had only seen in his buddies’ dirty magazines. But there was one thing every single person was doing: smiling like a retard with a lollipop—every single one.


He walked as quickly as he was able away from the crowd and back to his car. He’d seen some shit in his day, but in the last few the world had descended into pandemonium. There were reports that almost everyone around the world was walking away from their jobs, no matter how critical. Everything was grinding to a halt. Transportation, communication—private or military, trivial or critical—everything was just going belly up. Jasper had known this day was coming ever since the blacks were allowed to vote.


And the crooks in Washington didn’t know anything. They said it was an unknown virus and creatively named it Euphoria-Z. Z because they didn’t know what it was, only what it did. And their advice? Stay indoors and away from crowds, bunch of geniuses.


Jasper had never expected he would need to kill people, not since the war, but in the last few days he had been forced to. The streets were crazy, and he wouldn’t even be outside if he hadn’t needed his pills. He felt as if he were the only sane person for miles. He looked at his feet and wondered, only briefly, if something were wrong with him? No, couldn’t be, he thought. None of this was right. The world had gone crazy. 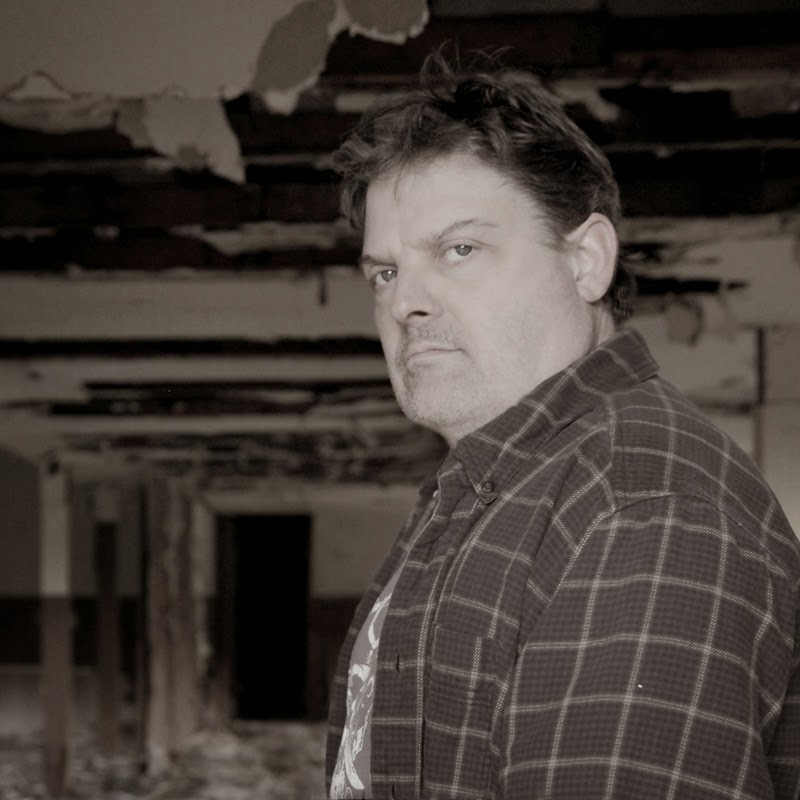 
Luke Ahearn has over 20 years of professional game development experience and has authored numerous nonfiction books on the topic. He ran his own computer game company for ten years and currently owns MasterWerxStudios, an animatronic prop shop in Monterey, CA.


Tour giveaway 4 life-sized, handmade, zombie heads. Each one of a kind and made by the author. 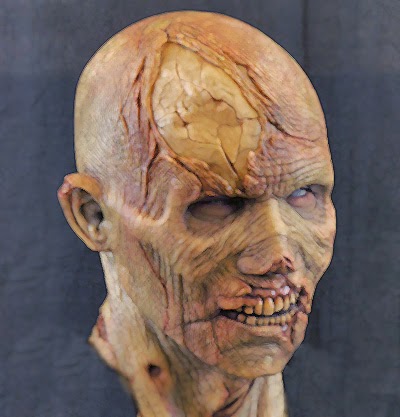