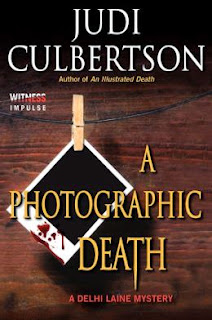 
Book Formats: Edelweiss
Hosting Options: Review, Interview, & Guest Post
Giveaway: There will be one rafflecopter form for the tour where we will offer 10 individual promo codes for a free download of the book for the entire tour. Winner must have access to Bluefire Reader and have an Adobe account to receive free download.
-

Bookseller-turned-amateur detective Delhi Laine is back with another atmospheric mystery, but this time, it’s a family affair.
Nineteen years ago, Delhi Laine’s two-year old daughter disappeared. After a frantic but inconclusive search, authorities determined that she must have drowned, her body washed away from the picturesque English park in which she was playing.
Delhi’s heart has never healed, yet her family has since soldiered on. But when a mysterious letter arrives containing the ominous words, YOUR DAUGHTER DID NOT DROWN, their lives are once again thrown into turmoil. With her family torn between fighting for the past and protecting the future, Delhi is caught in the middle. For a mother, the choice to find her daughter seems easy. But for a family left fractured by the mistakes of the past, the consequence, and the truth, may be infinitely more costly.
Fans of Carolyn Hart will be swept away by this story of a family on the brink - and their hunt for the truth. 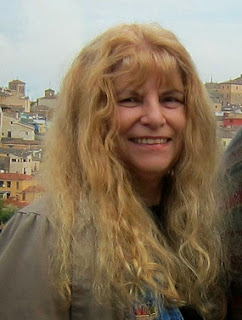 JUDI CULBERTSON draws on her experience as a used-and-rare book dealer, social worker, and world traveler to create her bibliophile mysteries. She has co-authored five illustrated guides with her husband, Tom Randall, of such cities as Paris, London, and New York. She is also the author of the acclaimed nonfiction titles SCALING DOWN and THE CLUTTER CURE. She lives in Port Jefferson, New York, with her family.

Catch Up With the Publisher: