a humorous, heartwarming story of
new beginnings, do-overs, and self-discovery… 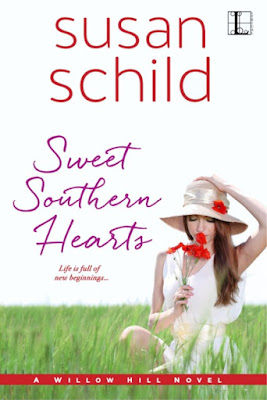 Susan Schild welcomes you back to the offbeat Southern town of Willow Hill, North Carolina, for a humorous, heartwarming story of new beginnings, do-overs, and self-discovery…

When it comes to marriage, third time’s the charm for Linny Taylor. She’s thrilled to be on her honeymoon with Jack Avery, Willow Hill’s handsome veterinarian. But just like the hair-raising white water rafting trip Jack persuades her to take, newlywed life has plenty of dips and bumps.

Jack’s twelve-year-old son is resisting all Linny’s efforts to be the perfect stepmother, while her own mother, Dottie, begs her to tag along on the first week of a free-wheeling RV adventure. Who knew women “of a certain age” could drum up so much trouble? No sooner is Linny sighing with relief at being back home than she’s helping her frazzled sister with a new baby…and dealing with an unexpected legacy from her late ex. Life is fuller—and richer—than she ever imagined, but if there’s one thing Linny’s learned by now, it’s that there’s always room for another sweet surprise…

“This charming and well observed novel about finding the courage to love after loss will make you smile as well as cry more than a few happy tears.  Be prepared for a story of true tenderness, humor, and sometimes nail biting tension. Sweet Southern Hearts delivers all this and more.” --Holly Chamberlin, author of Summer with my Sisters

Linny’s heartbeat galloped under her life jacket as they shot down the rapids of the Ocasoula River. Eyes wide, she watched as their orange raft careened toward a jagged boulder, bumped it hard, and spun them toward a patch of choppy water. As the water rushed around the three of them—Linny, her new husband Jack, and their beautiful, Ms. Outward Bound–type goddess of a river guide—they dug deep and paddled hard, straining to pull through the eddy. With a whoosh, they were pulled backward down the roaring, foaming river. Linny shot Jack a panicky glance, but he was grinning exultantly and looking like he was having the time of his life. With the flick of a braid and a pirate’s smile, the guide thrust her paddle into the rapids, turned the raft around, and steered them downstream toward calmer water. Too soon to relax, though. Linny saw more rough waters ahead and tensed.

Be a shame to lose a third husband, she thought crazily and paddled harder.

The nimble-footed photographer from the outdoor center jogged along a path on the riverbank, snapping away as their raft rocketed toward the Turbinator, the Class III rapid that roiled ahead in the home stretch of the river trip. The photographer’s ponytail bounced as he raced ahead of them, taking shots as their raft bucked, dove, and finally glided through the rain-swollen Ocasoula.

Soon, a shivering Linny stood at the takeout, hugging herself and rubbing her arms. She’d been splashed thoroughly and didn’t want to think about how cold the water would have been if they’d flipped over. Though it was late June, the guide told them the water temperature was only in the midfifties. Linny found herself grinning like a fool as she waited for Jack to come back from the truck with his wallet to pay for their pictures. She’d been terrified, but she’d had a blast.

A white water rafting trip might not be high on most women’s lists of a must-do on a honeymoon, but when Linny had seen how Jack’s eyes sparkled as he reminisced about a rafting trip he’d taken when he was in his twenties, she’d said, “Let’s do it!” in an enthusiastic, practically perky voice she’d hardly recognized. In this new and complicated marriage, being a good sport and flexible as Gumby were going to ease the way. Though rafting wasn’t her thing, Jack had cheerfully gone on the vineyard tour with her yesterday and, on the drive up to the mountains, had tagged along, not looking bored, as she’d poked through vintage aprons and yellow Nancy Drew books at an antique store.

“Here you go, ma’am.” The young man held out his camera and scratched one mesh- sandaled foot with the other as he watched her view the shots he’d taken.

In perfect clarity, the fellow had caught them at the moment she and Jack got sling-shot skyward in their raft after diving down into the roiling water of that last rapid. Linny peered more closely at the picture. The photographer had captured the Carolina blue sky day, the Day-Glo orange of the raft, the lithe young goddess at the helm, and her and Jack—the glowing, sun-drenched newlyweds. Twice coming down that river they’d almost flipped and been swept into the churning waters. Linny’s teeth had chattered and she’d buzzed with adrenaline and fear, but she looked alive and exhilarated as she beamed at Jack, pure joy in her eyes. With powerful arms, he was digging away with his paddle, helping power them through. But Linny spotted two details that made her eyes well up: Jacks’ new gold band glinting in the sunlight and the look he’d given her just as the photographer had taken the shot was one of wonder and delight. He looked like he was thinking, How did I get this lucky?

“You did a great job.” Linny smiled at the young photographer.

“Thanks.” The young man blushed and pulled down the brim of his cap. He pointed to the visitors’ center. “Just give me a minute to load the pictures and you can pick the ones you want.”

“Thanks. We’ll be over as soon as my husband gets back,” she said.

He raised a hand and loped off.

Linny loved saying my husband. She’d probably said it too many times over the three days of this honeymoon. My husband and I are from Willow Hill. My husband is a veterinarian. My husband likes unsweetened tea. Linny smiled at herself. Yup, she was being obnoxious, but she didn’t care. She was so dang happy that she couldn’t stop. Well, at least for a while.

At age thirty-nine and with her streak of bad luck with husbands, the odds of her and Jack finding each other and falling in love weren’t great. Linny sent up a quick prayer of pure gratefulness. After her beloved first husband, Andy, had died of a brown recluse spider bite while cleaning out a shed for Linny—an item on the too-long honey-do lists she always kept for him—she’d been lost for so many years and thought she’d never be happy again. Then Buck the charmer came along. She should have known a golden boy driving a vintage Caddy wouldn’t be good husband material, but she’d married him anyway. He’d turned out to be trouble, but just as she was considering divorcing him, he’d up and died on her. When his aneurism blew while he was in bed with a woman named Kandi, he’d left her broke.

Linny had sworn she’d steer clear of men or die trying, and then she’d met Jack. Technically, she’d accidentally hit him in the head with a bourbon bottle while recycling at the dump. She smiled and shook her head, remembering. Most women would pretty up that how-we-met story, but Linny told people the unvarnished version. Maybe she just wanted to spread the word that second chances, fresh starts, and true love were all still possible, even at her ages. The happily ever after you yearn for just might not look the way you thought it would.

So, a few days ago in a backyard ceremony, Linny had married Jack. A small-town vet with a twelve-year-old son and an exquisite ex-wife who was just a little too chummy with him for Linny’s taste, Jack came with complications. But so had she. And today she was buoyant and happy. 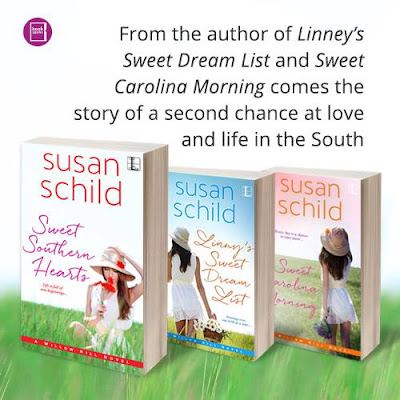 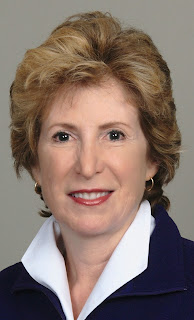 Susan is a wife and a stepmother. She enjoys rummaging through thrift store for treasures like four dollar cashmere sweaters and amateur watercolor paintings. She likes taking walks with her Lab mix, Tucker, and his buddies. She and her family live in North Carolina.

Susan has used her professional background as a psychotherapist and a management consultant to add authenticity to her characters.

SWEET SOUTHERN HEARTS, the final book in the Willow Hill series, will be released in January of 2017. Readers can look forward to more adventures, new beaus, sinister ministers, lovebirds over fifty, a road trip for Mama and her pals, and maybe even an “I Do”...or two.