The Departed by Kristy Cooper Blog Tour and Giveaway

What if someone tried to fake the rapture?

When hundreds of thousands of people disappear in the middle of the night, including sixteen-year-old Gwen's best friend Lana, no one knows why. Some believe they were taken in the rapture, while others are convinced that it can't be true. Doomsday prophecies abound that involve horrifying tales of plague, famine, earthquakes, and more.

At first, Gwen doesn't know what to think. While she is busy mourning Lana, many people around her are getting taken in by the cultish True Believers Temple, including Gwen's dad and her friend Mindy. It is clear that more and more people are going to be pressured to join this church, as it starts taking over the media and the government, gaining zealous followers all over the world.

Then Gwen starts receiving emails from Lana. She claims to have been forced into hiding with thousands of others in an underground compound. Gwen is convinced the emails are real and the only other person who also believes her is Isaiah, her moody crush. Together they resolve to find out where everyone is hiding and help set Lana free. 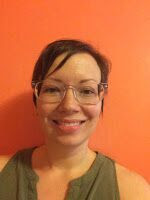 
Kristy Cooper found herself often contemplating unusual what-if scenarios and knew it was time to start writing them down. She worked as a librarian for years and is now busy raising small children and writing YA novels. Stay up to date with her books at kristycooper.com.


YA Bound Book Tours
Posted by 3 Partners in Shopping at 11:57 PM