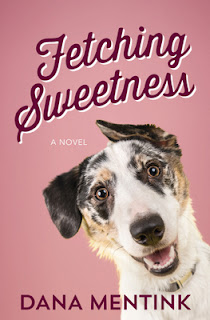 
My review;
Stephanie Pink is all set to finally get what she has wanted for so long. All she has to do is meet author Agnes Wharton, and get her manuscript. When she gets that she will be a literary agent on her own. Sweetness is the name of Agnes Wharton's dog and Sweetness has run away. Stephanie has to find the dog before Agnes will talk to her.   She meets Rhett Hastings a man who is also running away and says that he will help find the dog. After that things will never be the same. Will Rhett become her friend or just her helper? Will they start to like each other? I give this book a 4/5. Anyone who loves dogs will like this story. I was given this book by Litfuse Publicity Group and all opinions a re mine.
Posted by 3 Partners in Shopping at 12:30 AM