Murder at the Mansion by Janet Finsilver

Murder at the Mansion
by Janet Finsilver

All of the characters, whether minor or major, were real, interesting, and believably quirky. They’re all memorable, and make the story; characterization is Finsilver’s strength.
~Bea’s Book Nook

First-person narrative, gorgeous description, and endearing characters, both adults and children, plus canines, combine in a warm-hearted, comfortably delightful, cozy mystery.
~Mallory Heart’s Cozies
What a great read for a new author to us.
~Sleuth Cafe


This is the second series I’ve been reading that has a group of seniors taking part in the amateur investigations and I am LOVING it!
~Back Porchervations
The author paints a picture so well done you get pulled in from the first page.
~Shelley’s Book Reviews

This was a very entertaining read. I really like Kelly, the protagonist.
~Melina’s Book Blog
It was such a pleasure to read …
~Community Bookstop
This was a fun cozy with enough deeper elements for any genre mystery buff to appreciate.
~Laura’s Interests 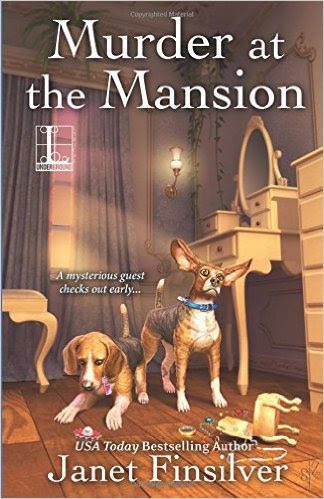 Murder at the Mansion

Fortunes, fineries, and foul play . . .
It’s whale-watching season in Redwood Cove, and B&B manager Kelly Jackson’s battening down the hatches for the tourist rush at Redwood Heights—a Victorian-style estate owned by her boss. And due to recent jewelry thefts, her duties include keeping track of the many dust-covered artifacts spread throughout the property. But when Kelly finds Sylvia Porter’s lifeless body, menial tasks don’t seem so terrible. Enlisting the help of a ragtag group of brainy retirees, aka the “Silver Sentinels,” Kelly’s on the hunt for clues hidden behind the mansion’s glamorous façade. . .and for a killer who may want to make history of her next! 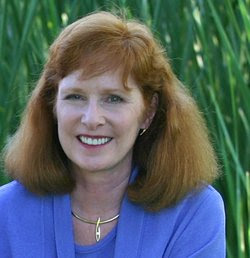 Janet Finsilver is the USA TODAY best-selling author of the Kelly Jackson mystery series. She worked in education for many years as a teacher, a program administrator, and a workshop presenter. Janet majored in English and earned a Master’s Degree in Education. She loves animals and has two dogs–Kylie and Ellie. Janet has ridden western style since she was a child and was a member of the National Ski Patrol. One of the highlights of her life was touching whales in the San Ignacio Lagoon. MURDER AT REDWOOD COVE

, her debut mystery, was released on October 13, 2015. Her second book, MURDER AT THE MANSION